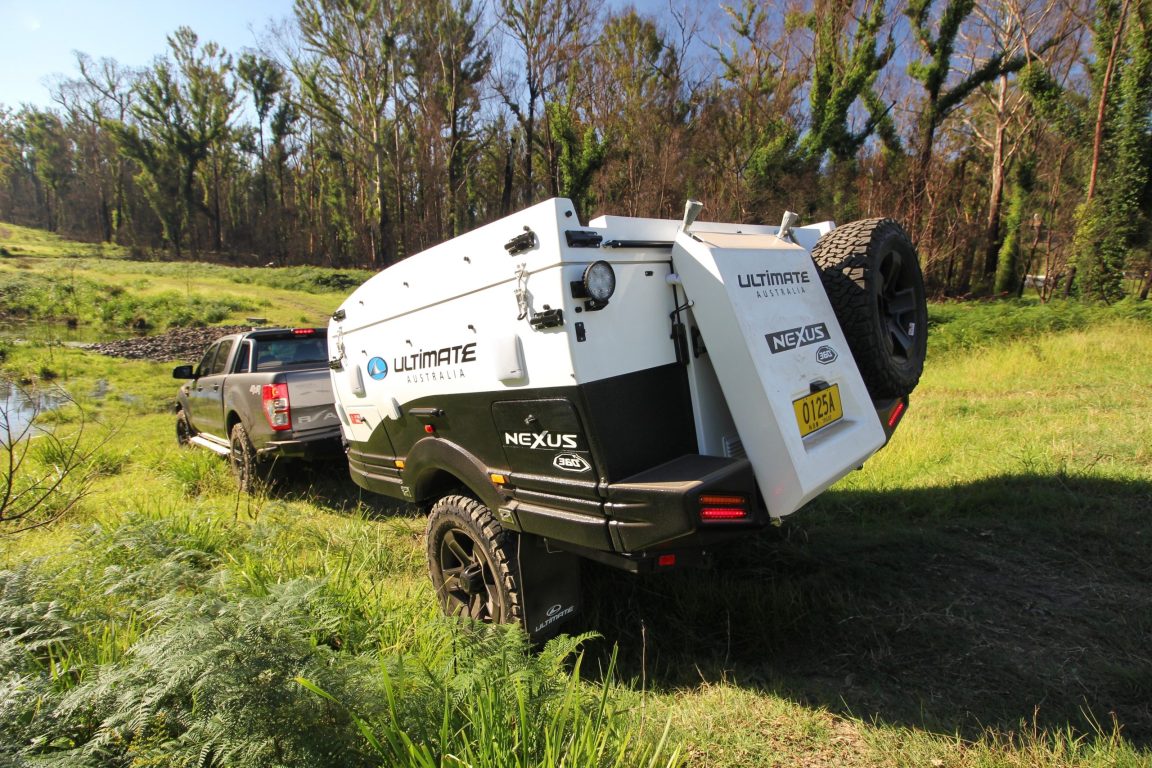 Even though Ultimate Off-Road Campers are a familiar sight on the road these days, it’s hard to believe the initial concept stretches back to the mid 1990s. This light, aerodynamic, fibreglass-bodied, side-fold camper with its spaceship-pod design was dead-set revolutionary in the 90s; today, it’s a proven concept that not only remains unique in the market but has had plenty of running changes to keep it ahead of the game.

The three-tiered Ultimate range starts with the XTRK, then the XPLOR, the GT 360 and the range tops out with the Nexus 360 reviewed here.

Ultimate campers are built at a dedicated factory in Moruya, on the NSW South Coast. All key components from the chassis to the fibreglass body and fittings are built in-house at the Moruya factory.

While the top-shelf Nexus arrived in 2017 as the ‘ultimate’ Ultimate, late last year its replacement – the new Nexus 360 – was introduced with a big pull through that saw more than 40 changes over the original Nexus.

The main improvement was the introduction of the new 360-degree canvas tent (hence the name) that not only introduces a taller tent and larger meshed windows (and more of them) but awning cover to 1.5 metres out on all sides of the camper.

The tent now has a built-in tropical roof that incorporates mesh vents that allow airflow but cut out any flapping that a tropical roof is prone to. The tent framework now folds and stays with the canvas, and there’s a gas-strut assist for the bed-head area bow that makes setting up the tent easier. There are also new fittings stitched onto the tent awnings to allow the fibreglass bows to be fitted more easily than before.

The new tent is made of Australian cotton canvas that is now stitched at a specialised canvas and clothing products factory in Fiji. The factory is part of the company that owns Ultimate (the Eagle Outdoors Group), meaning that Ultimate doesn’t have to compete with other outside brands to ensure it gets what it needs in terms of design changes (if required), quality and supply of its fitment-ready tents.

Setting up the Ultimate camp

The Ultimate is a variation of the hard-floor camper theme and set-up is straightforward. The two drop-down support legs are secured on the off-side of the camper, the rear access steps folded down and then you power up the electric lid opening system to flip over the lid and open the tent. Then it’s a matter of walking inside (while this is a tall camper, the steps are shallow, making it feel less of a climb) to secure a couple bows to tension the tent, adjusting the dinette table and cushions, and then you’re done and dusted. Set-up takes less than 10 minutes – closer to five minutes once you’re familiar with it – but if you want to unzip and neatly roll down the canvas windows, you’ll take a little longer. It is really a very simple and easy camper to set up.

The Ultimate has a heap of headroom with its tall tent giving the sense of space, aided by the large mesh windows to all sides. The awning protection all around gives you the opportunity to have all windows open without the worry about rain getting in unless there’s a gale blowing. If so, you can still have light coming in with clear inserts that fit to the galley and lounge side windows.

There isn’t a lot of floor space inside the camper, so if you’re stuck inside on a wet day at camp things could get a little crowded. However you won’t be tripping over your gear, as there’s ample storage inside with the nearside kitchenette drawers and cupboards, and also some dinette under-seat storage cubbies. Then there’s the king-size bed, which offers more than enough space for temporary gear storage during the day.

The dinette has enough room for three adults – four at a squeeze – and the table, while a little on the small side, is height-adjustable and swivels easily for better seat and/or bed access. There are a couple two-pole 240V outlets, two USB ports and an accessory port right next to the dinette, on the offside kitchen cabinet side panel.

Cooking up a storm

Many of us don’t like to cook inside our campers because the cooking smells tend to stick around, especially with canvas-topped campers. However, nobody likes to be stuck at an outside stove on a wet morning trying to simply boil water for a cuppa either. Here the Ultimate’s relatively generous internal kitchen with its L-shape bench (with an additional shelf along its main length) and three-burner gas stove and sink combo are very useful for camp cooking. If you’re using an outside cooker so only need to prepare food inside, you can fold down the sink/cooker glass cover to add to bench space.

A compromise with the Ultimate design is that you have to climb over the dinette to get to bed, and if you need to get back onto the bed to grab a book or whatever, it might be a little frustrating. However, there’s much to like about this large, comfortable bed area. There are two LED reading lights and the large windows offer an unrivalled panorama of your surroundings. Reading a book on the bed on a sunny afternoon or zipping open the canvas windows at first light to take in the view seems pretty enticing with this camper. In fact, while most of us will want to spend our days outdoors at camp, having a lie down during the day is made more tenable not only due to the large windows offering light, a breeze and the view, but also the awning keeping the sun and some of the heat away. Yes, the awning will reduce the amount of natural light, but that seems a small price to pay.

Big on the outside

While the Ultimate may be a little tight on interior floor space, outside it feels like a big camper thanks to features such as the 360-degree awning, a huge front boot and the large stainless-steel table that clips in on the nearside.

A stand-out feature is the front boot, with its gull-wing doors on each side offering unfettered access to storage and the main electronic units and fuses. There are two jerry can holders in the boot area, which has a marine-grade carpet flooring to reduce the chance of gear getting knocked about.

The large stainless steel nearside barbecue bench hooks into the camper body easily and is the obvious spot to set up a cooker, and there’s also a gas outlet fitted on the chassis nearby. The table has a neat partition so that your cooker won’t splatter fat over whatever you’ve set up on the bench.

The Ultimate looks promising for undulating track work, with good underbody protection, plenty of clearance, good angles and -as you’d expect – an off-road hitch. There are also two recovery points below the strong rear bumper if you do need to retrieve the camper. While the Ultimate will go anywhere its tow vehicle can make it on narrow, tight tracks, it is a relatively tall camper with a higher than usual centre of gravity. This shouldn’t be an issue however, if you’re sensible and not trying to beat time records on undulating, steep tracks.

If you’re planning a long outback trip or simply like to escape to the bush on weekends, the Ultimate Nexus 360 has a lot going for it. The light, relatively compact body will make it one of the better campers to drag though the bush, and when you get to camp you’ll have been able to carry plenty of supplies and have the luxury of a great power and water supply for such a nimble camper. 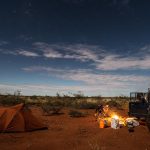 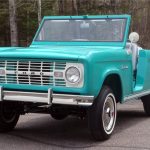