We recently sat down with an expert on diesel engines and turbochargers to find out if long warm-up times are killing your engine.

The team at Unsealed 4X4 thought it about time to sit down with an actual expert and get the ins and outs of the warm-up and cool-down process on modern four-wheel drives. Sit back, relax and get the real information from a mate of ours, Tony at Motovated Turbo and Mechanical in Toowoomba. His 30-odd years of experience should hopefully put some minds at ease. And some myths to bed. We had a good long yarn with Tony about how long you should idle your engine when you first start it up, and after you pull up. And also discussed whether a turbo-timer is a waste of time and money, one way or the other.

US4X4: For how long should you warm-up the engine on your diesel tow rig? We’ve heard some of the ‘Grey Nomads’ idling away for some thirty minutes (while they hitch the van and sort the handbrake out). Surely that’s a bit excessive, right?

Tony: Warm-up is a little bit of a personal thing. I feel that you should start the vehicle give it a minute or two then proceed off at a steady pace. Don’t over-rev the vehicle, just take it steady until it warms up to normal on the temp gauge. 30 minutes of warm-up is not necessary and on modern diesels will cause problems with DPF-type vehicles and excessive soot build-up from EGR in the intake, etc.

US4X4: Apart from getting oil around the engine, what’s the purpose of warming-up the engine, from an expert’s point of view?

Tony: Warming-up the vehicle is to allow oil to flow around the engine. The oil moves pretty quickly but when the oil is cold it is too thick to lubricate correctly. The other reason for warm-up is to allow all of the moving parts to get up to their correct operating temperatures and expand and contract to the correct clearances. An example of this is if you have a performance engine with forged pistons these may get a rattling noise when they are cold and get a noise called piston slap. It goes away once they are warm and up to temperature as they expand to the correct clearance. It is more about not putting the engine under excessive loads and high RPM while it is cold. If you give a cold engine a hard time you increase the risk of engine wear and/or engine damage. 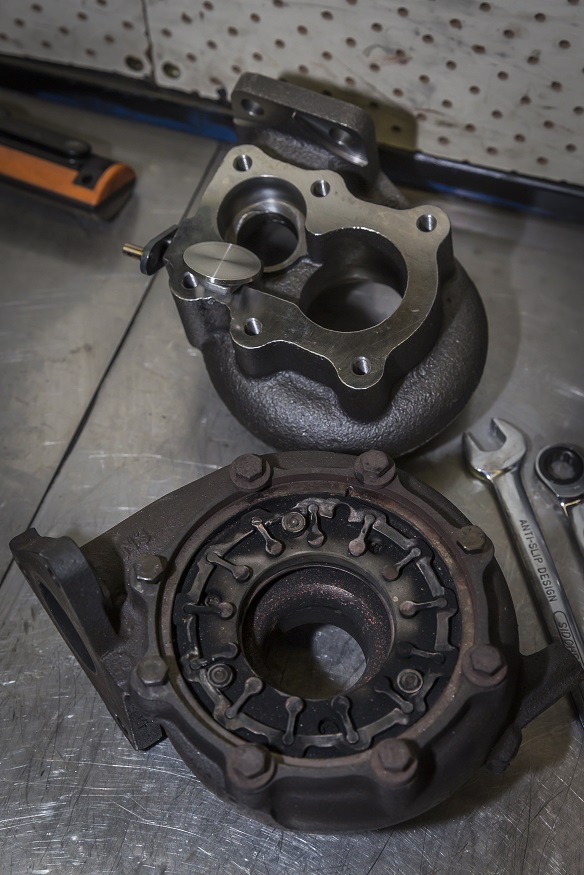 US4X4: Does a longer (than recommended) warm-up time help or hurt the longevity of the engine? Or are they just putting hours on the engine and burning fuel unnecessarily?

Tony: Longer warm-up times on older diesel vehicles does not really hurt the engine as they don’t have the pollution controls of modern diesels. All this does is put hours on the engine and burn fuel unnecessarily. Modern diesels have DPFs and EGR valves, etc. where excessive idle periods can cause these to operate in manners not recommended by the manufacturer. This routine can cause the intake manifolds to soot up more than normal and the DPFs to choke up faster causing more burns and excessive fuel usage. Modern diesels are all computer-controlled; some limit the amount of fuel delivery until the vehicle is warm enough and reduce the performance. Taking off at a steady pace and taking it easy for the first few minutes of the trip will not hurt the engine. Taking off and giving a cold engine high RPMs and high loads unnecessarily will cause excessive wear and damage. Modern diesel vehicles have better cooling systems than those of old and are designed to warm-up the vehicle quickly. Letting the vehicle start and idle for a minute or two will not hurt it and will only help but much more than that is really unnecessary in my opinion. It just causes excessive noise in the caravan park, unnecessary smells, etc. for no gains.

US4X4: On cool-down, is there any great point to letting your four-wheel drive idle for five minutes after pulling up? Back in oil-cooled only turbo days, it made sense, but with modern turbos with both water and oil cooling, is there really any point?

Tony: Idle-down really depends on the conditions in which you have been driving. If you have been working it hard right up until you pull up to shut it off, five minutes is definitely worthwhile. If you idle through the town then get to the caravan park and back your van into its spot, it would be cool enough to just shut down, as you have basically done the job of the turbo timer anyway. VNT (Variable Nozzle Turbine) turbos spin at idle and at a fairly high speed compared to the older wastegated turbos. Idle time is more about temperature and allowing the temps to reduce before cool-down. 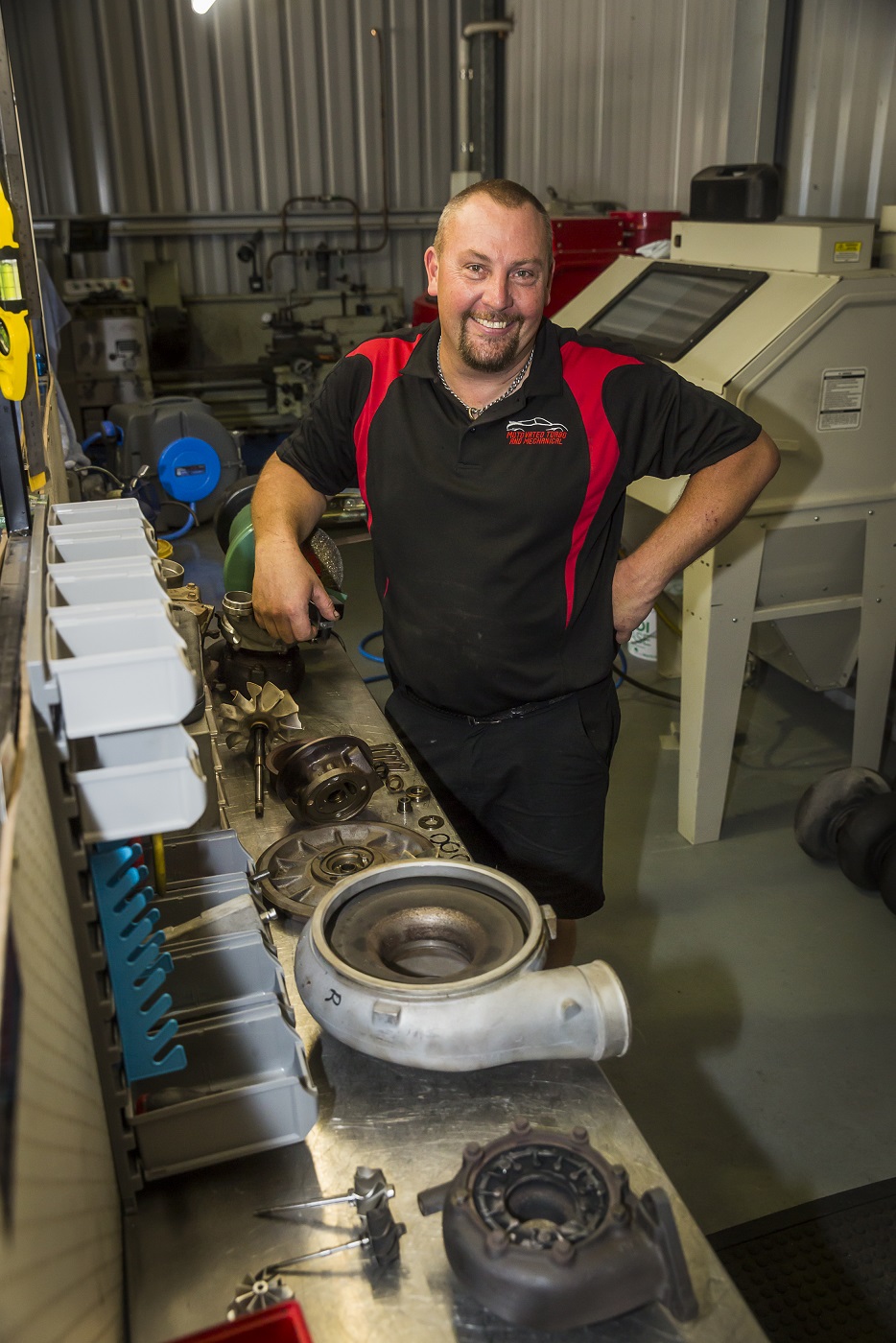 US4X4: As a side question from cool-down, we’ve all seen trucks (like actual trucks, not you 79 Series lot) sit there idling while the driver runs into a shop, or to the loo. Is that more fuel-efficient for them to leave it idle, or is it a cool-down thing, or is it another reason entirely?

Tony: Allowing your vehicle to sit and idle on the side of the road may be helpful if you have been working it hard and you want to stop and let it cool down or to try and keep your batteries charged or the fridge going, air conditioning going for the passengers you’ve left sitting in the car. Running the vehicle for five minutes or so for times like this will not really hurt anything. But if you have already driven through a town and everything has cooled down it is not really necessary to do this like the trucks do. Trucks keep running for a number of reasons: mechanical sympathy on starter motors; keeping the air up to the system for brakes, etc. Systems on trucks are vastly different to the light automotive vehicles we all drive, and as such there are many different reasons for keeping the trucks running. Just remember, that leaving your car running and being more than six metres away from the vehicle can get you in trouble with the local constabulary! So there you have it; idling your four-wheel drive for more than a minute or two in the morning is not only wasting fuel and a detriment to your engine but will potentially infuriate everyone around you, especially at 5am (#NAVLIFE groupies with straight through, no-DPF exhausts, pay attention). This also works for when you’re finally going to idle down once you’re ready to make camp at the end of the day; so it would seem that a turbo-timer isn’t completely useless, but your driving behaviour before you shut your engine down will save you having to get one.

Massive thanks to Tony at Motovated Turbo and Mechanical in Toowoomba. I’ve personally had the pleasure of having Tony do all the turbo and fuel system work on my old 80 Series over the years, and made the nine-hour trek up to Toowoomba from Newcastle anytime I’ve needed anything done to the old girl. 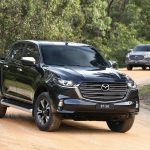 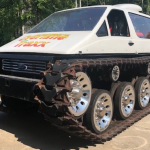