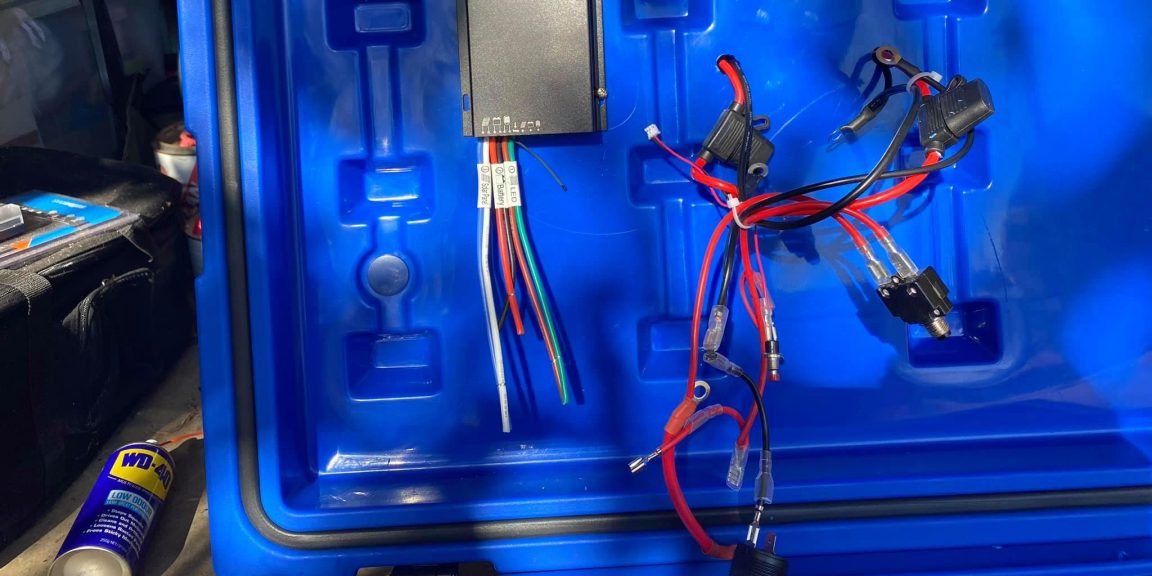 Notice the seal? That is all bad!

In a rather concerning trend I’ve noticed as of late, there are a lot of people building ‘battery boxes’. I absolutely understand the concept behind them; they’re portable, easy to plug-in, can be moved to the different accessories using them, and are a nice and easy DIY jobbie you can do at home. There’s only one problem: by using sealed boxes, you’re basically turning your neat DIY project into a bomb. And I mean that literally.

How exactly am I turning the battery box project into a bomb?!

We’re glad you asked. Most folks probably realise that when you’re charging a lead-acid battery, it gives off hydrogen gas. It’s actually hydrogen and oxygen (two parts hydrogen, one part oxygen – from water; H20). This occurs when your battery voltage goes above about 2.35-volts per cell. In our specific case, your 12-volt lead-acid battery has six cells. So as soon as your charger goes over 14.1-volts (2.35-volts times six cells), it’s generating a hell of a lot of hydrogen gas. That’s why on the side of a lead-acid battery it says to store, use and charge in a ‘well-ventilated area’.

Where this becomes a problem is when you go and buy a ‘sealed’ box or space-case. All of a sudden you’re putting a bunch of 12-volt gear (charger, solar controller, Anderson plugs, ciggy sockets, etc.) in a sealed container that will fill up with hydrogen gas. It doesn’t take a genius to realise that one tiny spark… and the whole thing will go BOOM!

Surely it can’t make that much hydrogen gas?

You’d probably be surprised; hell, I was when I did the research for you good folks. There will need to be a bit of maths, but stick with me. It’s generally granted that to fully charge a lead-acid battery, you need to put in about 20 per cent over the recommended Amp Hour (Ah) rating. So 100Ah needs 120Ah put into it to be ‘fully charged’. Each cell of a lead-acid battery will produce 0.42-litres of hydrogen gas for each and every Ah beyond the battery’s capacity.

Where this gets really interesting is that to become explosive, hydrogen needs to be in a concentration with air of between just 4.1% and 75%. Yep, 4.1 per cent hydrogen mixed with air will go boom.

From another perspective, we looked up the OHS/legal safety requirement for a battery storage/charging room. We worked out that one 12v battery with six cells in a ‘room’ 1.5ft x 1.5ft x 3ft (the size of the average sealed space case) needs to have the air completely replaced every 7.63 minutes for it to not become explosive.

But I only run AGM batteries, so they’re fine… right?

Sort of. See, the AGM batteries absorb most of the hydrogen and oxygen again and turn it back into water, so they’re reasonably well-sealed, yet they still have vents that will vent some gas. Where this becomes a proper issue is say in two-, five- or eight-years time, your AGM is dead and you’re done with the box and want to change it up, and you put it on Marketplace or Gumtree, and some young bloke comes along with no idea, works out the battery has died and needs to put a new one in, goes and gets himself a lead-acid battery and puts it in the sealed box without a second thought because he can’t afford a you-beaut AGM jobby. See where this is going? That’s where there is an issue. But there is a way to fix this, and not blow yourself up…

Put a bloody vent in it!

You don’t need a fan, and the ability to swap out the air constantly in the box; just make sure when you build it that you cut a couple of holes in the side to let any breeze through the box and for the air to swap out. A hole-saw with a couple of cheap vents from Bunnings will do the trick pretty well. So if you want to do a DIY battery box, put this up there next to putting an appropriate fuse on your power wires. Oh, and make sure your vent is towards the top of the box – hydrogen is lighter than air, so it will float to the top of the enclosure.

Need any more proof? Next time you’re in Supercheap or Jaycar, have a look at the proper battery boxes you can buy; there’s a vent in the lid so that when gas starts to build it vents it over the side of the bottom, and down and out of the box.

Hopefully, this little yarn will help stop you turning your DIY Project into a battery box bomb. 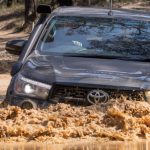 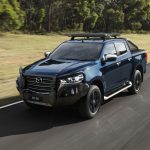