Generators can be polarising among the Outback touring fraternity. But there’s a time and place for everything and the latest models available from Generator Place might just get you thinking.

I’ve always believed that piece and quiet should go hand-in-hand once you’re away from the Big Smoke. I’ve got solar panels for my vehicle, solar panels for my camper; and to be honest I never really considered a generator. They were always that annoying noise which emanated from other ‘inconsider-ate’ campers just when you were about to sit down and relax for the afternoon.

And that may still be the case with older generators that simply don’t have the years of R&D behind them to not only make them super-efficient but (these days) also super, super quiet.

As touring journalists, our power needs on the road are quite substantial. We have at least a half dozen camera batteries each, laptops, drone batteries, lights, phones… and the list goes on.

Trying to keep all this gear ready to go at a moment’s notice can be a challenge, so imagine my sur-prise when it was suggested we get ourselves a generator for the job? After talking to the team at Generator Place, we decided to give the new Honda EU10i a go.

The EU10i is a four-stroke petrol generator that comes complete with engine oil, so it’s simply a matter of filling it with fuel and you’re away. It starts with an easy pull and has an eco-throttle, which adjusts the engine speed to meet connected load demands.

Power output comes in various forms – from 12V DC through to 900W (rated) of pure sine-wave 240V. The unit can actually be connected in parallel with another EU10i to double the power output. With just over two litres of fuel on board, it’ll run for near-on eight hours.

We put the Honda EU10i through its paces on a recent Outback trip. It bounced around for weeks in the back of one of the crew cars and still managed to keep all our batteries and electrical gadgetry fully charged. It even ran the lights, amplifiers and guitars at an impromptu Outback concert under the stars.

I have to say that we were amazed at how well this little generator performed. On its own, it’s already super-quiet at just over 50dB (equivalent to a quiet conversation at home, in terms of noise levels) but we found that by placing the generator a few metres away from our camp (and if possible in a low ditch) we had to really try to hear it running.

Ultimately – and I never thought I’d say this – I’m now a generator convert. Will it replace my solar set-up? No. But it’ll be part of my kit simply because of its compact size, practicality and easy of use… without stirring up my camping neighbours.

The Honda EU10i also has a massive four-year warranty.
Check it out at:  generatorplace.com.au 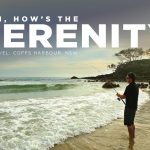 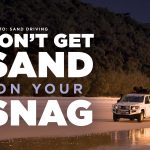