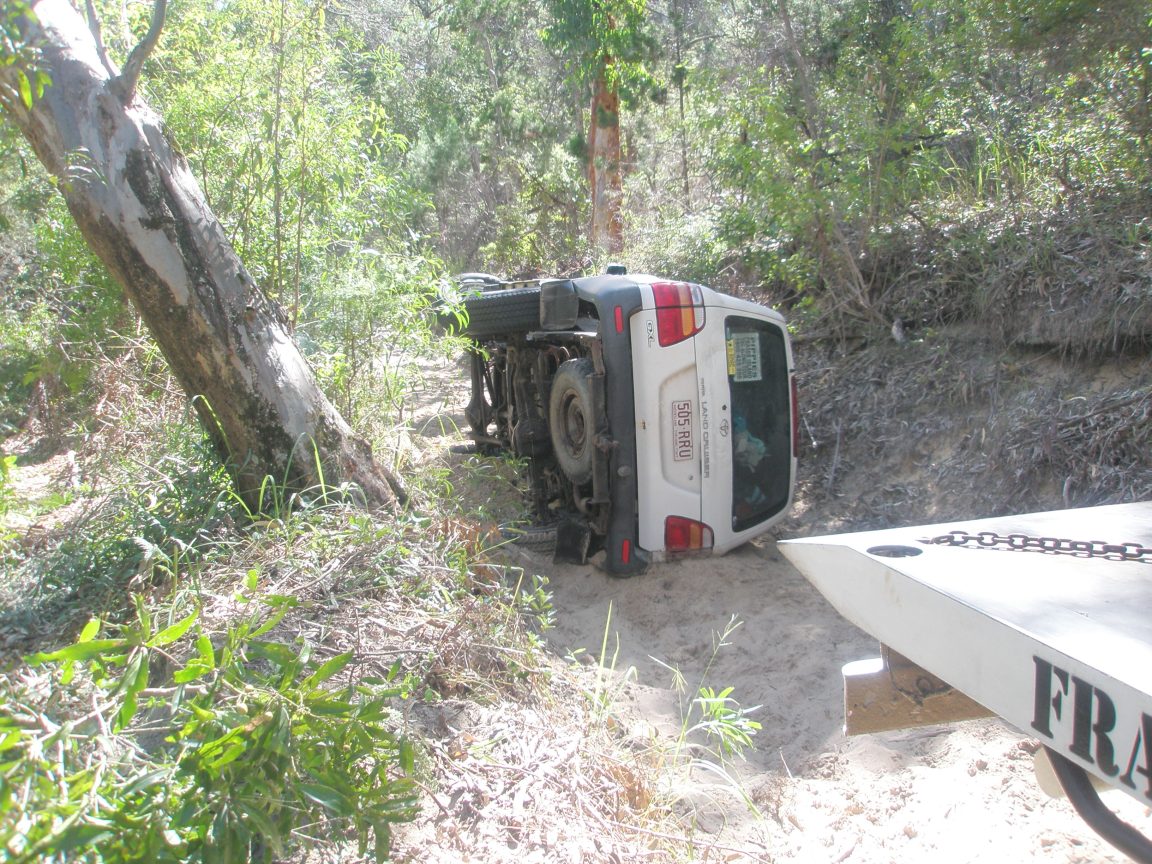 In four-wheel drive land, there is a right and a wrong way of doing things. A lot of the time, the difference is someone’s opinion. I reckon there are a few hard-and-fast wrongs, however. With that in mind, we have put together a list of the seven worst four-wheel drive mistakes. Which ones are you guilty of?

4WD mistakes #1: Not airing down (enough)

Airing down is your best ally for off-road capability.

It’s your most valuable asset on the tracks, and the easiest mod you can make to increase your capability tenfold: air pressure. Driving serious off-road tracks with on-road air pressures is plain silly. I’ve been lazy before and have done it; once you air down a good amount it’s incredible what difference it makes. It doesn’t matter if it’s forest, desert, beach, grass or whatever. Low tyre pressures are the best.

When I say air down, I don’t mean going from 36psi to 32psi and calling it good. Don’t be scared to go down much further than that. Recommending blanket pressures for people is hard, because every four-wheel drive, modification, tyre and driving style is different. But, you need to take a decent chuck of wind out of those wheels to make a big difference. My tip here is to experiment: the only way to find your psi happy place is through trial, error and experience. For my Defender 130, I start at around 15psi, depending on my loads, and adjust from there.

There’s a huge difference in weights between new and old four-wheel drives.

Weight is the enemy – there are no two ways about it. Modern four-wheel drives are getting heavier and heavier these days; more power and trick electronics hide the fact 90 per cent of the time, but the fact is still there: they are way chubby.

Payloads on these modern four-wheel drives are more often than not less than their older counterparts as well. To keep the Prado parable going, 862 kilograms of payload back in 1996 is now less, at 545 kilograms. Too many people load too much into their four-wheel drive, whether it’s accessories, gear or people, and don’t really have a solid grasp on what it all weighs.

Knowledge is power. Know what you actually weigh.

Before going four-wheel driving, always have a ‘minimum kit’ ready to go and packed in your vehicle.

This is the other side of the coin: being underprepared. When some people pack every damned thing on the planet, whether it’s useful or not, others go with markedly less than the bare minimum. If you add remote area travel into the equation, you’re starting to seriously play with fire. Consider a first aid kit, basic recovery gear and tools as a bare minimum, and carry extra food and water to what you’d normally need, just in case. Obviously, there’s a balance between point two and three here, and it’s really something that comes with time and experience.

Please don’t be one. Please, for the sake of all of your four-wheel drive comrades, don’t. Driving like Marcus Grönholm along public four-wheel drive tracks, chucking donuts on claypans, spinning your wheels mercilessly on hill climbs. It’s all classic dickhead behaviour, and you will be accurately and justly labelled as such if you partake. The big problem is, other than tearing apart the countryside, is that four-wheel drivers will always be tarred with the same brush, regardless of how small the moronic minority is, and this will inevitably be used as ammo against our lifestyle.

Instead, try this: use your four-wheel drive as a tool to visit beautiful, quiet and remote parts of this huge, sprawling continent, not as some kind of cheap testosterone thrill. The four-wheel driving fraternity comes under enough scrutiny already without ruining it for ourselves. If you’re keen to play up, that’s cool. Just do it somewhere that allows for it, like private parks, not the tracks and places that are open to the public and are maintained as such.

Get out there in your vehicle, overcome obstacles and get to places others can’t go. Test the limits of yourself and your four-wheel drive, but just do it the right way, not the dickhead way. The bush isn’t our birthright, it’s our responsibility.

You know the saying about the poor man buying many times. Often, you can spend a little more on something quality, and you’ll be far ahead from a dollars point of view when that quality bit of gear outlasts numerous cheap ones.

Let me clarify. The price tag of something doesn’t directly correlate to its inherent quality. Often, some products are just damned expensive, and brand will induce extra cost. Knowing the difference between a cheap crappy product and something actually worth its asking price isn’t an easy thing to do, especially with so much advertising and marketing happening. If something sounds too good to be true, it probably is. Set yourself a budget, and buy the best quality you can within that budget. Chances are, it will cost you less in the long run.

Often, stacks of momentum isn’t the answer. Use that clump of gelatinous matter between your ears, and think.

Believe it or not, going harder isn’t your only answer to tough obstacles. Sometimes, it’s part of the solution, but many forget that the brain is often better than the right foot for making a better driver. Pick your line thoughtfully. Jump out and walk the track a bit, think about your tyre pressures, and which gear you’ve chosen. It’s often too easy to get caught up in the moment, and just try and gun your way out of trouble.

4WD mistakes #7: Not doing a course

Taking part in a quality four-wheel drive course is easily one of the best things you can do for yourself, and your vehicle.

If you think there’s nothing to learn, you’re wrong. Whether you’re completely new to the scene or have been trawling the tracks for years, chances are, there is a lot that you can get out of a good quality driving or recovery course. This is especially true if you find yourself behind the wheel of a modern four-wheel drive with more buttons than levers. These require specific techniques and specialised knowledge to drive to their best potential.

What are your most loathed four-wheel drive mistakes? Leave a comment below to let us know.

Read next: seven spares you can’t leave home without 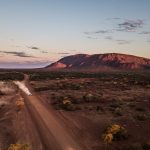 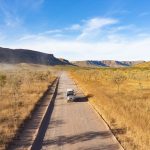