Got a mechanical diesel that isn’t moving well? Follow these seven tips to get more muscle out of your old beast

There’s a billion and three guides on how to squeeze more performance out of a common rail diesel, but it seems those guides for old faithfuls that a lot of us have in the driveway have gone by the wayside. Not anymore. We look at a few quick and easy ways to put the go back in your old truck, covering injectors, tunes, pump rebuilds, valve clearances, exhausts, pedal adjustments (yep, really) and bolting a turbo on the side. Wrap your heads around this one, ‘cause it’ll really get things moving!

CLICK HERE TO READ THIS GUIDE IN OUR ONLINE MAGAZINE

Believe it or not, injector pumps are essentially a consumable item. Parts in them wear out, seals get old and perish, their timing is critical to the engine, just to name a few things. First thing’s first, find yourself a solid diesel mechanic. Chances are, the bloke you’re looking for is 85 in the shade, has a shop that looks like the roof is about to cave in, and the floor hasn’t seen paint since before asbestos was invented. Take it in to him (or her), let them have a listen to it, and do some testing to see how your pump is holding up. Most pumps will be looking toward a rebuild around the 150-200,000km mark. Some will last longer, others will need a rebuild earlier. If you’re not sure, get an expert to have a listen and a look. A rebuilt pump will cost you in the vicinity of $2000 but for peace of mind and the instant power and fuel saving you’ll get, it’s worth every cent.

While not as finicky as their newer common rail counterparts in the tolerance department, injectors for mechanical diesels are a consumable item too and they generally last around the same amount of kilometres as your injector pump. Metal striking on metal will only last so long, until the spray pattern goes to hell, it gets jammed up with carbon from the cylinder firing or it just wants to spray a stream of diesel straight into your combustion chamber. Chances are, when you get the pump rebuilt and then tuned, the technician doing the work will strongly suggest you get new/rebuilt injectors at the same time – listen to them. No point doing your swivel hubs if your axle seals are leaking like a sieve. Cost on these will run from $80 each, up to $200 depending on your vehicle.

Getting your 4X4 tuned is one of those things that some people say just uses more fuel, and you don’t need to go fast anyway. What if I told you that there’s every chance you’ll use less fuel and get more power out of your rig? My old 80 Series had the boost compensator aneroid completely out of whack, so past 2400rpm the fuel would fall over. The way I got around this was by burying the foot harder, and running the revs up to the governor when I wanted to overtake someone. Add to that, the fuel screws were all over the shop, so my 80 was going nowhere fast. I took it down to John and Tony at Motovated Turbo and Mechanical in Toowoomba (these guys were the wizards behind MTQ Toowoomba for many years) and got them to give it the once-over. You’ll see from the dyno sheet over there the difference it made. Bear in mind I’m not chasing a billion horsepower; I’m after economy, a bit of squirt when I need it, and reliability (plus that was at all-four-wheels with a fully loaded 80 Series on top – I was off on holidays). Tunes for a mechanical diesel are relatively inexpensive – with dyno time and the tune together costing around the $500 mark. Just make sure you discuss with the tuner what you want out of the tune before they do it.

Valves aren’t so much a consumable, as they are ‘stretchable’. Over the years, your valves will generally stretch (or compress a touch), so that the clearances on opening and closing are out of spec. For my old ‘Cruiser, there’s no adjustment. Each of the valve buckets have shims which need to be changed out to get the clearances back in spec. Fortunately when I had mine looked at, they were all in spec; for having 280,000km on the dial, this was a little surprising. Cost for having them checked and adjusted (or shimmed in my case) should run you an hour or two in labour, and the shims if needed.

Quite possibly the most common ‘go-to’ mod is an exhaust system. Arguably the most detrimental thing to a diesel is excess back pressure. It creates a bottle neck for the exhaust gas to get out, which in turn creates increased exhaust gas temps, and slows everything down. When in doubt – go bigger. The average three-inch exhaust system will run you anywhere from $700 – $2500 depending on the vehicle, material and construction methods, and if you want straight pipe or mufflers in there too.

The big one. There’s no doubting it, diesels love forced induction. Pushing some boost into your engine doesn’t have any negative side effects, so long as it’s done appropriately. For the folks with 1HZ’s, don’t expect to be able to dump 40psi into your intake, maxing the fuel pump out, and still have a good time. If you want to go down this route, start small and work your way up, making sure a proper tuner is tuning it. Don’t just wind the fuel screw all the way up and disconnect the wastegate actuator; or if you do, make sure you send us a video!

For those with old diesels that already have a turbo hanging off the side, a high-flow or bigger turbo is a solid option. I could write essays on turbo upgrades, but for this article, what you need to know is that if you go the way of a high-flow or bigger turbo, you’re sacrificing a little low-end power (and some lag), for higher end punch, and airflow. It’ll bring your EGTs (exhaust gas temperatures) down and give you more power. Basically, a win-win. A turbo kit will generally run you around the $2000 mark depending on extras (intercooler, pump modifications, etc.), and a high-flow of your current turbo will cost you about half that.

Something Tony from Motovated Turbo and Mechanical picked up, was that my pedal wasn’t giving me wide open throttle when it was on the floor. Yep, shocked me too – apparently I had about 12mm of adjustment the wrong way in it. Not to go into it too much, besides how sheepish I felt (kind of obvious power upgrade, right?) but after having it adjusted properly, I got that much more response out of it when throttling on, and now I know I get full throttle when I’m mashing the pedal overtaking the Nissans. This mod will cost you about two minutes of measuring, and another two in adjusting!

But what did all this get you?!

The long and the short of it, is that after spending a few bucks, and swinging some spanners on my 80 Series, I managed to pull more get up and boogie out of it and improved the fuel economy.

My 80 is pretty well loaded, with just about enough crap in the back to sink the Titanic, so my fuel economy was sitting up around the 18L/100km fully loaded. Bear in mind, she’s a ’92 1HD-T, still full-time 4WD with 33s, three-inch of lift, roof cage, and all the kit in the back: four batteries, drawers, fridge, beer, jack, tools (it is a Yota after all), and just about everything else I could think to throw in it. After the injectors, tune, valve shims and pedal adjustment were done and checked, I was down to 12.4L/100km, and a nice little increase in power. As I said earlier, I’m not after big numbers, just reliability, economy, and a touch of squirt if I need it. And I got it!

You’d really be amazed as to how easy it was to get everything back in check after being left to its own devices for so long. 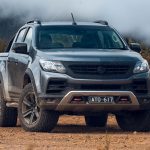 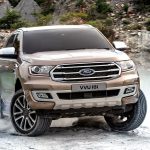