You’re sitting around the campfire with your favourite people and suddenly your eyes are stinging and you start coughing. Yep, the campfire smoke found you.  So you move to the other side into that one spot that seems smoke-free and sure enough, a few minutes later the smoke has joined in on your party again.

Don’t worry, you’re not cursed and it’s not your imagination.  But why does the campfire smoke follow you? Well, it’s all about airflow. Here’s the science of how it works and some ideas on how to reduce it.

Hold on to your hat, you’re about to learn something new!

But first, bear with me through this next section, it’s about to get a bit sciencey.

Fire releases its energy as fabulous heat. You already knew that part though, didn’t you? Well, the air molecules nearby absorb some of that heat and then they get a bit excited and start to move faster, thus the air starts heating up. The faster molecules smash into the slower ones and send them zooming off in the opposite direction. This frees up space for the hot air around the fire to expand resulting in the air closer to the fire becoming less dense than the air around it.

But what does this have to do with why the campfire smoke appears to follow you? Well, be patient, I’m getting there.

Hot air rises and takes the smoke with it

Less dense air rises because it weighs less than the air it replaces. It works just like your convection oven at home. Gravity pulls it down less and the air around it pushes it up.

Long story short. Hot air rises and brings the smoke along for the ride.

However, it doesn’t just keep rising on its own and is actually pushed by the air around it. When the hot air travels away from the fire, the air that pushes it keeps right on moving, filling the gap left behind by the hot air. So now cool air keeps flowing in towards the fire, supplying it with fresh oxygen.

This is where you come into the equation

When you sit beside the campfire, you interfere with this airflow by blocking the fresh air that is moving towards the fire. If you were not sitting around the fire, that air would flow freely. Your body creates an air-blocking wall that results in a kind of vacuum.

As the air behind you now can’t reach the fire, it causes a low-pressure area. The hot air still rises, but it rises at an angle because the air moves into the lower pressure area between the fire and you.

Now it’s not so fun!

Since you’re the villain blocking the air, it doesn’t matter where you move, that smoke will just follow you.  The more people you have in one place, the stronger the vacuum is.

So, how do you stop the campfire smoke following you?

Well, this is where social distancing comes in handy as technically, you’re better off on your own than huddled with a group of friends. If everyone is perfectly spaced out, that means the air would be blocked from all directions equally and everybody would have the same size vacuum.  It’s not quite that simple as there are more factors in play such as wind and body size but you get the gist.

If sitting far away from your favourite people doesn’t sound like much fun, you could try to reduce the smoke itself so that only hot air comes your way.  Make sure your firewood is clean and dry and that you’re using a smokeless fire pit, which is designed to reduce smoke by creating additional pathways for incoming air.

Read next: We put the SleepKeeper pillow bag to the test 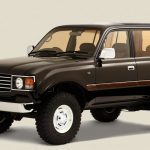 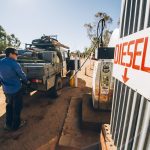