Wood vs Charcoal: We answer the question once and for all: what is the best way to cook while camping?

Words and images by Gary Tischer

I admit to being a skeptic when it came to using charcoal. I’ve been around long enough to see a lot of fads come and go, and this seemed to be just another one. What was wrong with using a traditional wood fire to cook and then sit by it to warm the bones while telling stories into the night? So let’s talk about wood vs charcoal for cooking.

Not being one to stick my head in the sand, a mate and I had a cook-off against each other using the different fire methods. As it turns out, charcoal emerged from the coals to be the winner in many areas. That’s not to say a traditional fire doesn’t have its place.

So, what is charcoal? Charcoal can be made of many different materials but for this comparison we are using lump charcoal. Basically, lump charcoal is wood without the water and other volatile components, and is created by heating wood in the absence of oxygen. By doing this, charcoal will burn to higher temperatures than wood and has very little smoke or residue. Not all charcoal is the same though, as different types of wood can be used.

Wood requires starting a fire to burn down so coals can be used to cook on. This will require thicker pieces of wood and preferably hardwood to give good cooking coals. This took around 45 minutes in the cook-off.

Charcoal has already been prepared prior to purchase so it only takes around 10 to 15 minutes before the coals are ready to use for cooking. 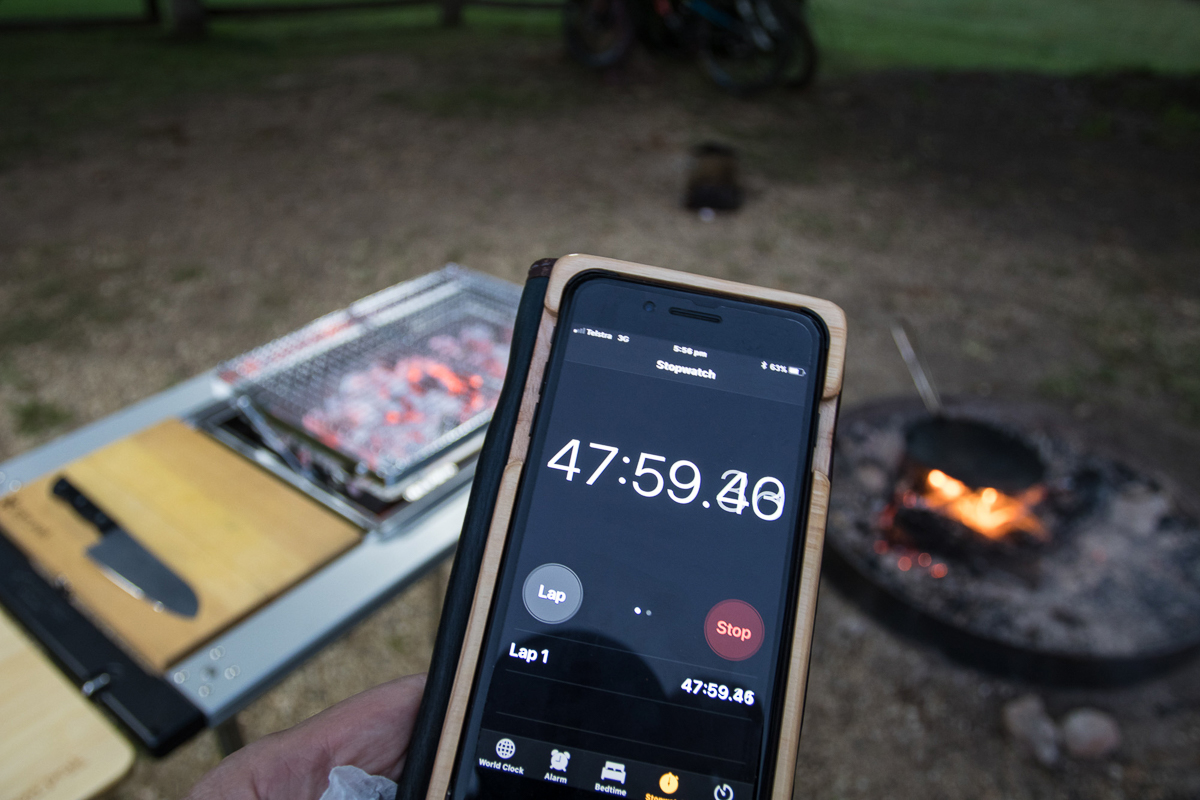 The ability to vary the heat

Wood has a lot of dependencies, including the type of wood, how many coals, if it’s wet and how big the fire is. These will all effect the amount of heat available.

Charcoal is simple as the charcoal is a known factor, so you can decide how many coals and vary the height above the coals to control heat. Availability of your cooking fuel

Wood grows on trees so is pretty easy to get, right? Not necessarily. If you are in a national park you will not be able to collect firewood so you will have to bring your own from somewhere else. You may be able to collect it from the side of the road depending on where you are, but not always. You can always buy some at Bunnings or numerous other places and take it with you.

Charcoal won’t be available everywhere so you have to plan ahead. Bunnings and other places that sell BBQs will sell it, as well as many good camping stores. Wood can be quite heavy, particularly hardwood, which is better for cooking. If collecting from the side of the road, you will need to cut it into pieces to fit on the roof or wood rack. Wood will be quite bulky and heavy whichever way you go.

Charcoal is very light and doesn’t take up nearly as much space as wood for a given energy requirement.

Wood is free, right? If you collect your own, yes, it is. If you get it from Bunnings, it’s not free. It will cost around $15 per 20kg bag

Charcoal has to be bought so will cost you. Good quality charcoal will cost around $26 for an 8kg bag but you will need less than the equivalent weight in wood to cook a meal. 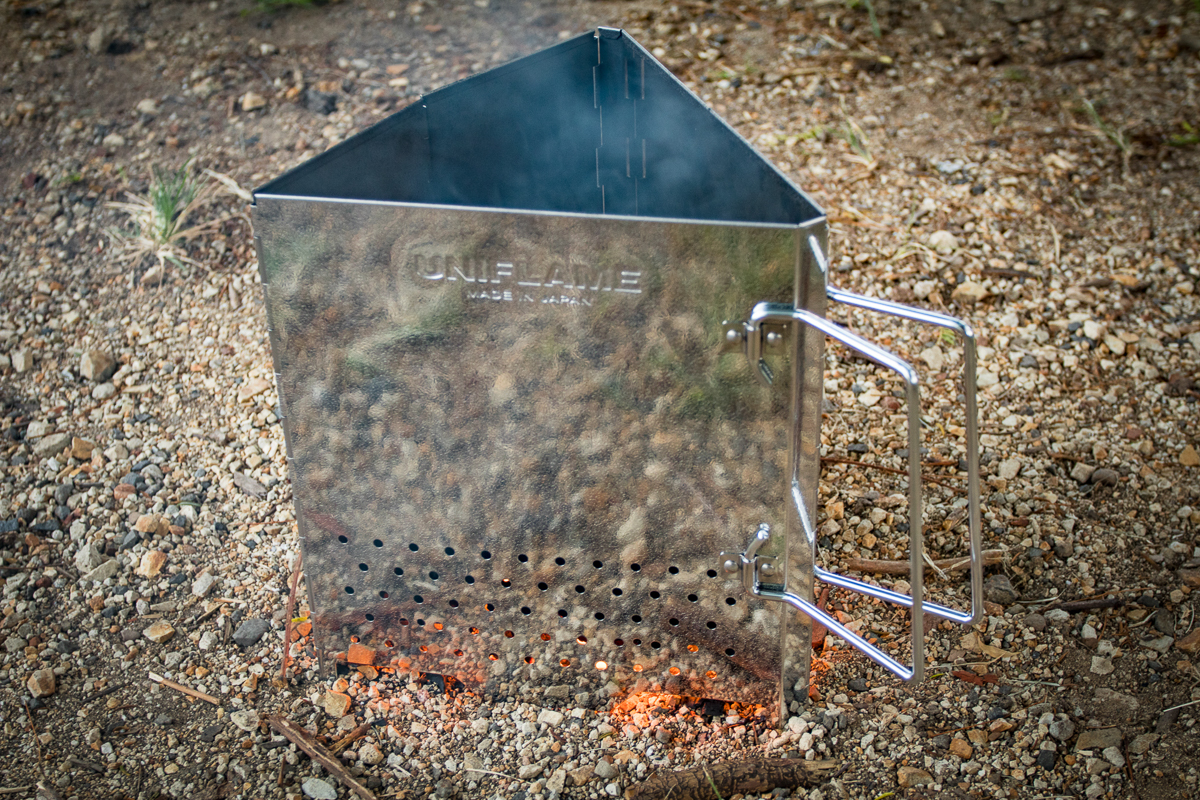 Wood doesn’t require any fancy equipment. You could just throw the food into the fire and you’re done. It’s worked in Australia for 50,000 years so I can’t argue with that. Most people will, however, use a BBQ plate at least, but they are cheap (the BBQ plates, not the people).

Charcoal requires some special equipment to get it started and to cook on it. I have seen meat thrown on the burning charcoal but this is not for everyone. Like most things, there is a large range, from cheap and nasty to expensive and very nice. In the videos, we are using Snow Peak grills and fire-pit, which are at the expensive end of the market, but well worth it. Wood will add flavour to the food, depending on what wood is used. This flavour will get into the food via the smoke that is produced.

Charcoal will not add much flavour on its own as it produces very little smoke. Different types of wood chips may be added to give additional flavour.

So, how do you add the flavour?

Wood is pretty easy. Get some wood with flavour by using different types of wood. Many of the woods recommended for getting flavour are North American, which are hard to get in log form here. Some good local woods include ironbark for red meats, fruit woods such as apple or cherry for pork, chicken and sausages. Avoid pine and cypress. Eucalypts are so varied that it would be hard to recommend or identify one from another. Some are quite smokey. If you don’t like the smell of the smoke, you probably won’t like the taste it adds.

Charcoal creates no real smoke of its own so wood chips are the best way to add a smokey flavour. Local and imported wood chips are easily purchased from many BBQ stores and will be labelled. Hickory is a go-to for pork but also will be good for chicken or beef. Mesquite is perfect for beef. Fruitwoods like apple, cherry and even peach will add a more subtle flavour to fish and chicken. It will be best to soak wood chips for at least 30 minutes before adding to the charcoal otherwise they burn too quickly. 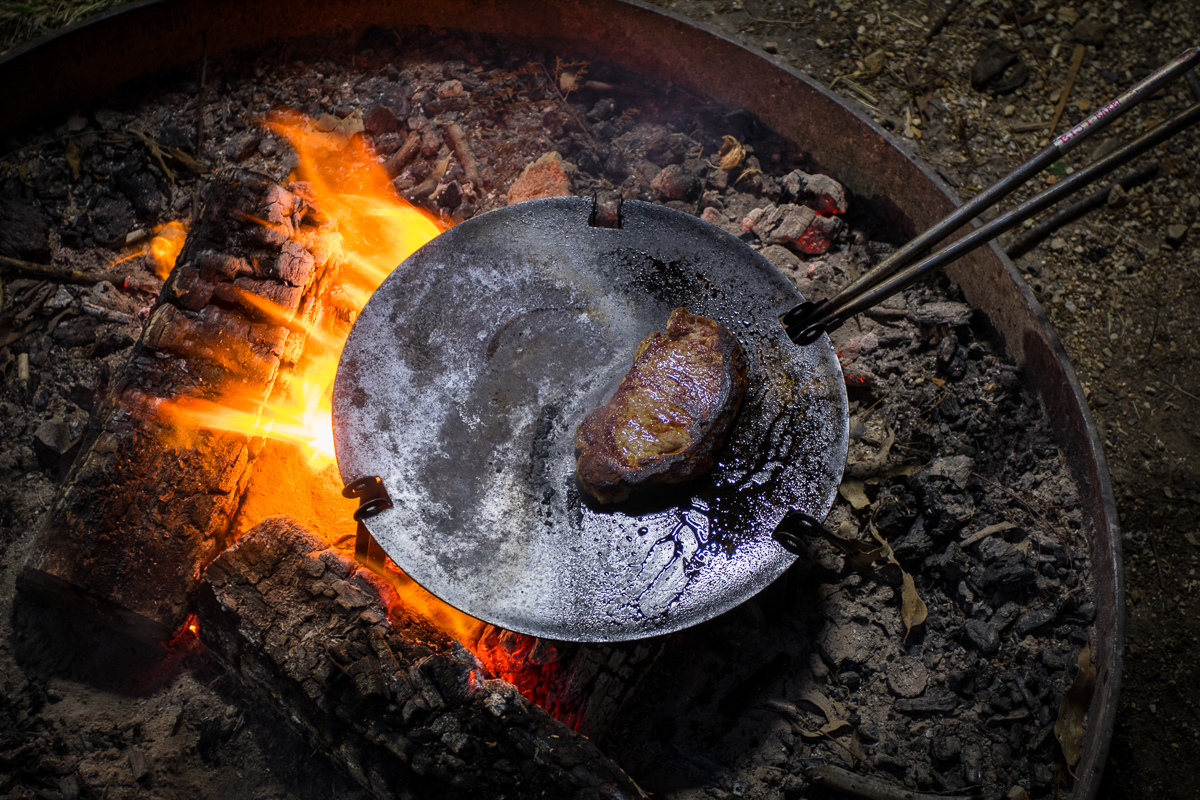 Then there’s the socialising (distantly of course!)

Wood is great in a fire to sit around and chew the fat (so to speak), but someone will invariably get smoke in their eyes.

Charcoal is more social while you sit around the grill and all cook together rather than everyone going to their camps to cook on gas and return to the fire later.

But how about the ruling for wood vs charcoal? Wood fires are often not allowed in national parks or have to be in provided BBQs or fire rings. When fires are allowed people will often create their own fireplace a few metres away from an existing one … grrrrr! This is a good way to get fires banned altogether.

Charcoal is normally used in specific equipment such as the Snow Peak fire-pit. This will mean that it is normally off the ground and will be allowed to be used as it may be classed as a fuel stove rather than a wood fire. Best check your local authorities on this as it may differ from state to state. For wood vs charcoal, I am a convert to charcoal. Even when travelling alone, I have used the charcoal and fire-pit to cook on then sit around watching the stars. It is easier to set up, cook on and pack away than a traditional fire, or a combination of fire and gas stove. And there is less washing up. 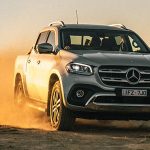