Don’t believe everything you read on the Internet, unless you’re desperate…

Sometimes, we do smart things. Sometimes, we do stupid things. Then there are other times, when we do things that are both smart and stupid. Buying a cheap 2003 Range Rover definitely fits in that last category.

I want to tell you about a massive victory I had with my best/worst automotive decision… the yin and the yang of 4WDs. This is because it literally saved me thousands of dollars in repair bills, and because I’m genuinely surprised it worked.

The Range Rover is a complex and complicated vehicle. And as things get older, the propensity for failures increases. On an early L322 Range Rover, the steering column is notorious. Once upon a time a steering column was simply a rod of steel. Not on this beast; the immobiliser and steering lock mechanism (along with tilt and reach motors) make it more complex than teenage angst. Problems arise when your steering column computers and locks decide to stop working, and you can’t turn your key in the ignition. Your Range Rover instantly becomes a 2.5-tonne paperweight.

Let’s look at the worst case scenario: You call up Land Rover and say, “My Range Rover won’t start.” Then you probably say, “Again.” Then, you catch up with Rosie from Roadside Assistance – because her kids have just started big school and you haven’t spoken in a couple of weeks. What the bloke from Land Rover will do is look at your Range Rover, rub his hands gleefully, then plug in a computer. It tells him that there’s a problem with the steering column, and Land Rover opts to replace the whole thing. That costs anywhere between $4,000 to $7,000. When you’ve only spent $14,000 on the whole car, that makes you extremely sad. Of course, this exact thing happened to me. I cursed, I cried, I felt that sharp pang of regret. Then, I spent hours on Range Rover forums looking for answers. Literally. I was kicked out of bed at 1.30 in the morning, expelled to browse forums on the couch. I read and read through countless tales of woe and financial ruin, looking for a glimmer of hope. And I found one.

One bloke, who like me is too proud/poor to throw good money after bad, decided to have a closer look at his steering column problem. He reefed his column out, and started pulling it down. He found and replaced a broken magnet, and fixed the problem. Total cost? A few hours of time, and 30-cents. Less than a Maccas soft serve, for goodness’ sake! “Surely, this won’t work,” I thought to myself as I started taking apart the steering wheel. It was worth a shot though. I had no other choice and nothing to lose, except more money. Long story short, it DID work. My little magnet was broken as well, and with my own new 30-cent magnet (which cost $17 to ship over from the USA) I effected the repair. I put it all back together, turned the key, and that buttery V8 roared back into life. I just about cried; again. It worked. I felt the purest form of joy, like a kid’s first taste of ice-cream. So there you go. Don’t believe everything you read on the Internet…unless, of course, you’ve got absolutely no other choice. 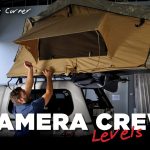 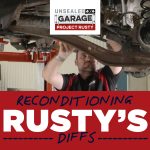