A minor landslide has limited access on Yarram-Morwell Road, with only one lane open near Turpin Road. Sadly, fires have blocked the Jamieson Track near the Great Ocean Road, which has also affected the Godfrey Track in the Separation Creek area. The Wye River area is also experiencing fires, with the Bird Track closed from Morley Avenue on the Wye River through to the Great Ocean Road. Traffic works are still in place on the Mt Difficult Road; Boroka Lookout on Wartook Road has been closed as a result.

Blackwater Road from Western Explorer (Norfolk Road) to Sumac Road reaching the Kanunnah Bridge on the Arthur River is closed to all traffic except emergency vehicles. This also applies to Dip Road from the Southern side of the Dip River. Unnamed Road from the Sandy Cape Track at Possum Creek east to Norfolk Road near the Balfour Landing Strip is open to essential service access only. Construction of the Bailey Bridge at Nelson Bay is now finished; however the road is not expected to open for several days, and weight limits will apply.

There seems to be plenty of water on the roads in Queensland, with government bodies issuing a warning asking motorists to never attempt to cross a flooded road. The Diamantina Development Road in Bedourie is closed with water on the road. Heading further north, the Burke Developmental Road in Howitt is closed to all vehicles due to boggy conditions. Urandangi Road at Piturie is also closed to all vehicles. As you can imagine, there are several areas requiring roadwork as authorities attempt to clean up any issues. Townsville and surrounds seems to be particularly impacted – with this flowing nearly all the way to the tip of Cape York.

“At present we are pretty much open across South Oz, with only the Inside Birdsville Track remaining closed due to previous flood damage. The Borefield Track north of Olympic Dam is littered with bulldust holes at present, so 4WDers should be cautious here rather than barrelling along at speed. Otherwise everything is looking good for those seeking some warm adventures, as late February can still produce some pretty hot days in the Outback.”

Northern NSW is experiencing flooding in the regional areas bordering Qld. The Cut-Line from Tibooburra to Borrona Downs is closed, as is The Cut Line from Borrona Downs to Wanaaring. It is advised to use alternative routes and exercise caution if in the area. The run from Lithgow to Marrangaroo via the Great Western Highway has scheduled lane changes in place, in both directions. Motorists are expected to face short delays here. Scheduled roadworks are also slowing things down at the Swan Hill Bridge on the Murray River – vehicles over 3.1m wide need to detour via the Nyah Bridge. 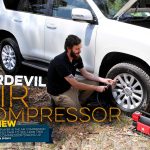 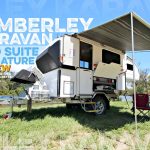