Rescue Tape, silicone tape or self-fusing tape is one of those products regularly seen at 4X4, caravan and camping shows. But what is it, can it really fix almost anything and should you buy it?

Rescue Tape is the most common name for the self-fusing silicone tape with a thousand uses. It’s claimed to fix everything from radiator hoses to space shuttle components. It can stop leaks in your garden hose and even stem the flow of a bleeding finger.

Stretched and wrapped, it will seal a leaking radiator hose, gas lines, water pipes and air hoses… and pretty much anything in an emergency. It can insulate electrical wiring and is claimed to withstand temperatures beyond 200ºC with a tensile strength up to 950psi. Rescue Tape will bond fully in under a minute by stretching the tape while you wrap it around a repair.

Regardless of the claimed specs, I’ve found the tighter it is stretched over a repair, the tighter the seal; and while I generally only use it as a short-term fix, it does seem to stay in place indefinitely. It is easily cut away, too; and leaves no sticky residue.

Do I like it? Damn right I do! And I wouldn’t leave home without it in my toolkit.

So, without sounding like a dodgy snake oil salesman, what other cool uses does rescue tape have?

Read this on our digital magazine platform HERE.

Fraying can be the death of a rope, not to mention your ability to tie things down with it. Synthetic rope can be sealed with a flame but this will often cause the end of the rope to bulge to a much larger diameter than the rope itself. If you have a black belt in origami, you may be able to splice the rope… which will create a very neat finish but also increase the diameter of the rope end.

Sealing a rope with rescue tape is easy. Starting a few inches from the end of the rope, stretch and wrap the tape around the rope and work your way towards the end by overlapping roughly half the previous layer each time. Keep wrapping around the rope until you’re almost off the end of the rope. Fold the tunnel-like overlap of tape back down the rope and continue to wrap the tape back down to the starting point. Once you’re done, you’ll have a completely sealed rope which won’t fray.

Creating an ‘O’ ring or rubber washer is also a cinch with Rescue Tape. This is achieved by wrapping the tape once around an object of the desired size, and then stretching two or three more layers around (depending on how thick you want the actual ‘O’ ring), before rolling one end of the layered tape towards the other end and sliding it off like a mini doughnut.

The result is a neat little rubber ring, which can then be used as a washer, grommet or ‘O’ ring.

Hammers, axes, tomahawks and shovels – or any other wooden-handled tools – can be prone to splintering. Even some of the newer plastic-handled tools can scuff up in the bottom of a toolbox, causing sharp edges or barb-like splinters.

Wrapping these handles up with rescue tape will not only save your hands but also create a soft, supple and non-slip grip.

Wrap the entire handle from one end to the other. To cover a splinter, start at the repair point itself and wrap the tape 3-4cm either side until you’ve got around four layers of tape covering the repair point.

Whether it’s a crumbling old cork handle, loose eyelets or even a loose fishing reel, Rescue Tape can rescue your fishing trip to ensure you come home with the catch of the day.

Eyelets and reels can be securely fixed back into place with five or six layers of Rescue Tape wrapped neatly around each end of the mounts. The best way to ensure a solid fix is to stretch the tape as each layer is wrapped. This helps the fusing process and creates a rock-solid fix.

Vibration is the enemy of vehicle nuts and bolts and there’s nothing more frustrating than having to repair your vehicle due to a nut dropping off a mounting bolt. Bullbars, roof racks, aerial mounts, driving lights and just about any other vehicle accessories can suffer from the effects of vibration.

A bush ‘nut and bolt’ anti-vibration repair can be effected exceptionally well with Rescue Tape as a binding force, once a nut has been nipped up nice and tight. Wrap the tape around the nut two or three times to seal it onto the bolt, and Bob’s your uncle.

We’ve heard you can even make a fan belt from this stuff.

Tell us what you’ve used Rescue Tape for…

Words and Images by Tim Stanners 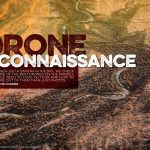 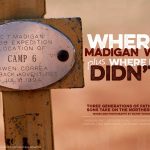