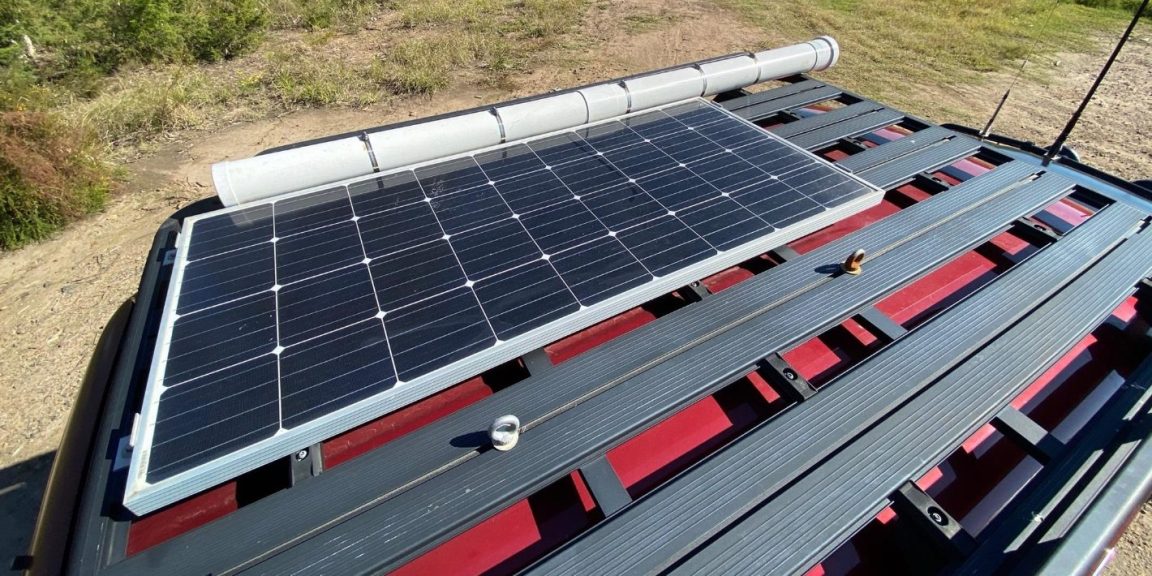 In this guide, we’ll run through how to work out exactly how much solar you’ll need to be self-sufficient in the power department in your 4X4.

If you’ve seen any of my 12-volt guides over the years, you would have read that there is no such thing as too much solar. That said, I understand that for many of us, roof space and money to spend on solar gear is pretty tight these days, so I thought I’d walk through a couple of examples that lay out exactly how much solar you need for a given application. Now be warned, there will be maths involved here, and everyone’s setup and requirements will be different – that’s to say the examples we’ll work with may be close, but probably won’t be exactly the same as what you have or need. Hopefully, this guide will give you a solid grasp of how to work it out so you’re heading in the right direction. 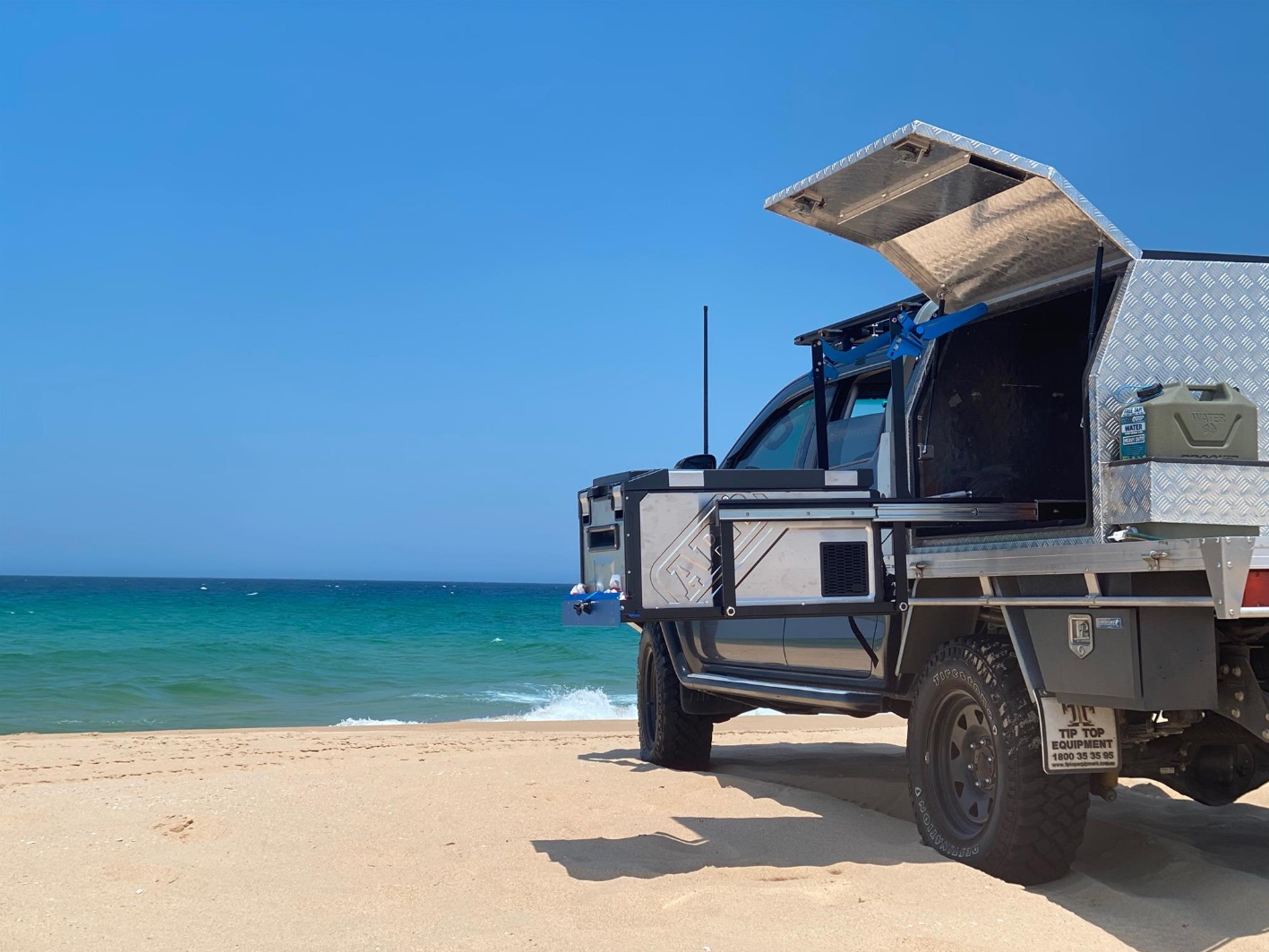 With varying battery technologies and varying qualities of solar panels on the market, we’ll use a couple of constants in this article which will help to keep things simple. You may need to increase or lower your own information to suit your own setup, but this will get you moving in the right direction.

Battery: For the battery, we’ll work on the idea that you’ve got a single 100Ah Lead Acid (AGM/Gel) deep cycle battery, which allows (about) 50Ah of usable power. Alternatively, a 50Ah lithium battery, with the entire 50Ah usable. Regardless of which you use, the numbers will be the same. If you’ve got a 100Ah Lithium or a 200Ah battery bank of lead-acid batteries, just double the battery capacity.

Solar Panels: For the incoming power, we’ll work on the idea that you’ve not bought eBay brand ‘100 million giga-watt’ panels. Instead, we’ll say you’ve bought decent panels, that have an accurate power rating on them. To help you work out how many watts your panel is actually rated to (and for a bit of trivia), we know that a decent quality panel will is around 18 per cent efficient. We also know that 1 square meter of sunlight (directly overhead) will produce 1000 watts of power. So 180 watts per square meter of panel is about spot on. Get the measuring tape out and you’ll be able to see if your panels are accurately rated. Bear in mind that these numbers are with perfect overhead sun – no clouds, mist, haze or trees. 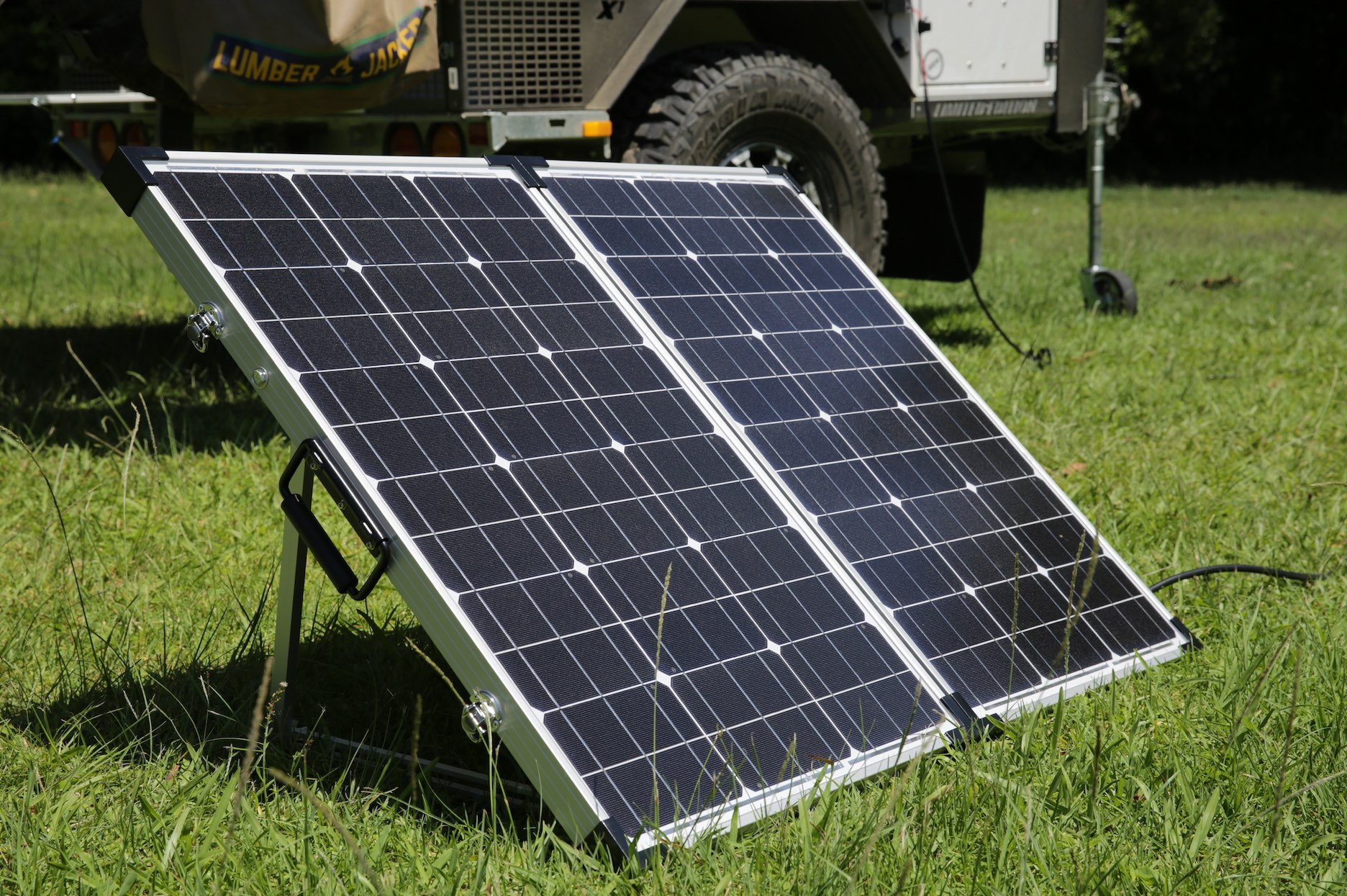 Solar Panel watt to amp ratings: Depending on the panel you choose, different panels will put out different watt and amp ratings. To keep this guide simple, we’ll work on the belief that the panels we’re using are high quality as above, and offer a 12-volt wattage output – so a 120W panel will output 10amps, and so on.

Solar Controller: We’re going to ignore this, as most people have a DC-DC Charger (like my Redarc BCDC1240D) with an inbuilt solar controller. Further, to keep it simple, it’s just not worth going into MPPT vs. PWM, and the difference it will make; the guide should be able to be used without needing to worry about this too much.

Power consumers: This is where it gets fuzzy. Depending on what you’re doing and using will depend on how you work this one out. So, with that in mind, let’s say we’re using my ARB Elements fridge, set to -2°C. At that temp, on your average 30-degree day, we know it’ll run at about 50 per cent duty cycle (which means the compressor, on average, will be running 50 per cent of the time to maintain that temp – a little more during the day, and a little less during the night). So we know the fridge will draw around 4-amps when it’s cycling and next to nothing when it’s not (it just needs to run the display. With this in mind, we know that a 4amp/hour fridge running (cycling) 50 per cent of the time will use 2 amps per hour.

Solar controller: Will send to battery what the panels generate.

Say, for example, you have a 12v system and you need to replace 75Ah of charge back into your batteries each day. You have 6 hours of sunlight each day. You will need:

Example 1 – A fridge, a battery and a solar panel.

To keep it simple, let’s work on a simple setup of a fridge, a battery and a solar panel.

Over a 24-hour period, the fridge will use 48Ah, which will flatten our battery (we’re assuming you’ve just driven to camp and your auxiliary battery is proper charged to full). Our 120-watt panel will put in a little under 10 amps/hour (while in full direct sun). On average, in the warmer months (read: longer days) we’ll get 4 hours of solid sun, and another 4 at around 50 per cent power. So call it 6 hours total of good solid charging sunlight.

So long as we’re just using our fridge, every day, that little 120-watt panel should be enough to keep our batteries charged indefinitely. If we have an overcast day we’ll run into problems, or shade, or a bunch of other reasons, but that should sort us out.

The only hassle is that we don’t just run fridges. We run lights and chargers and stereos and a bunch of other little things that all add up. So always try to go above what you work out you actually need. 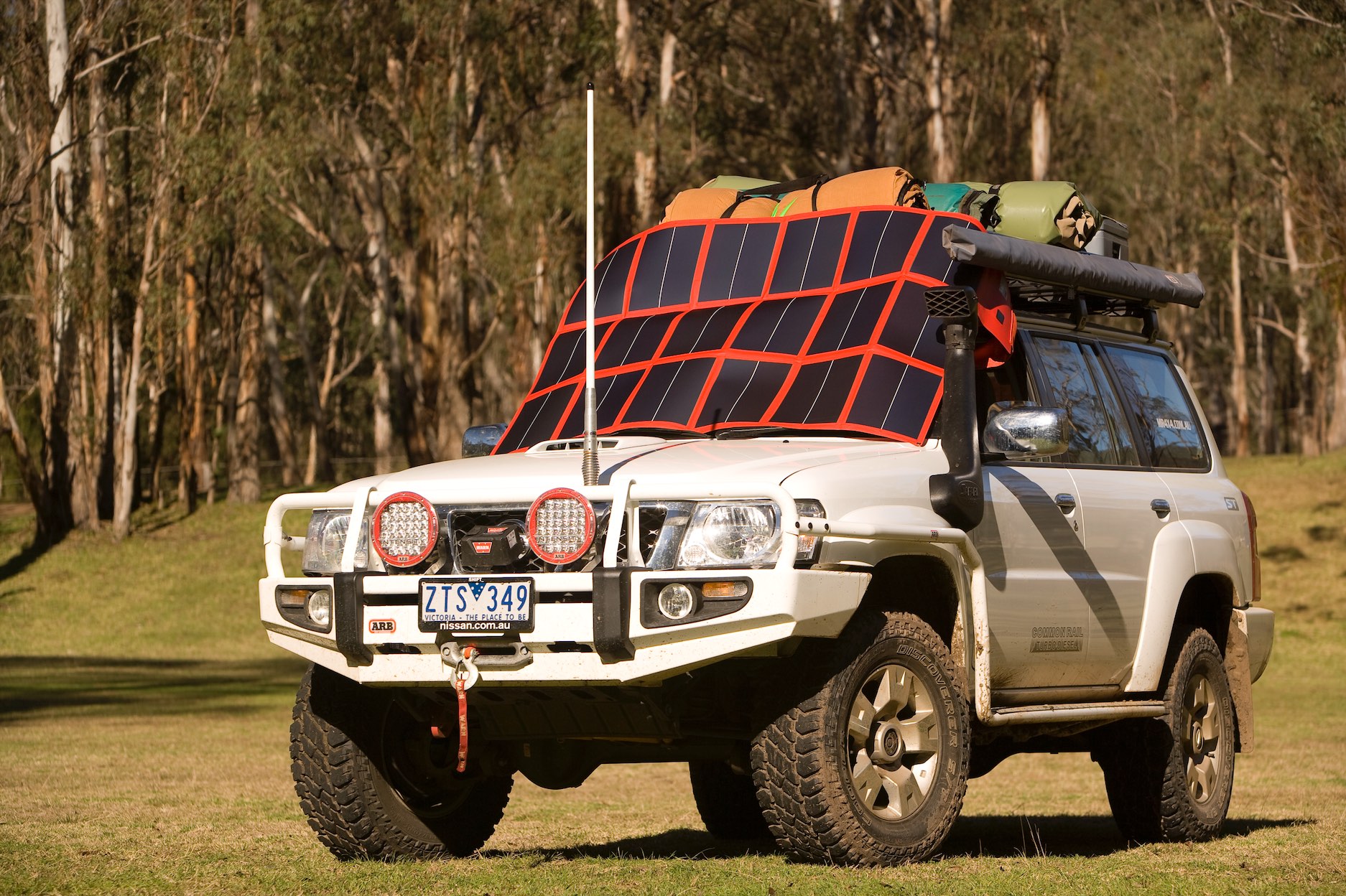 Let’s use my HiLux as an example, which will be a little different to the constants we spoke about before, but stick with me.

First things first, let’s add up my usage over a 24-hour period: 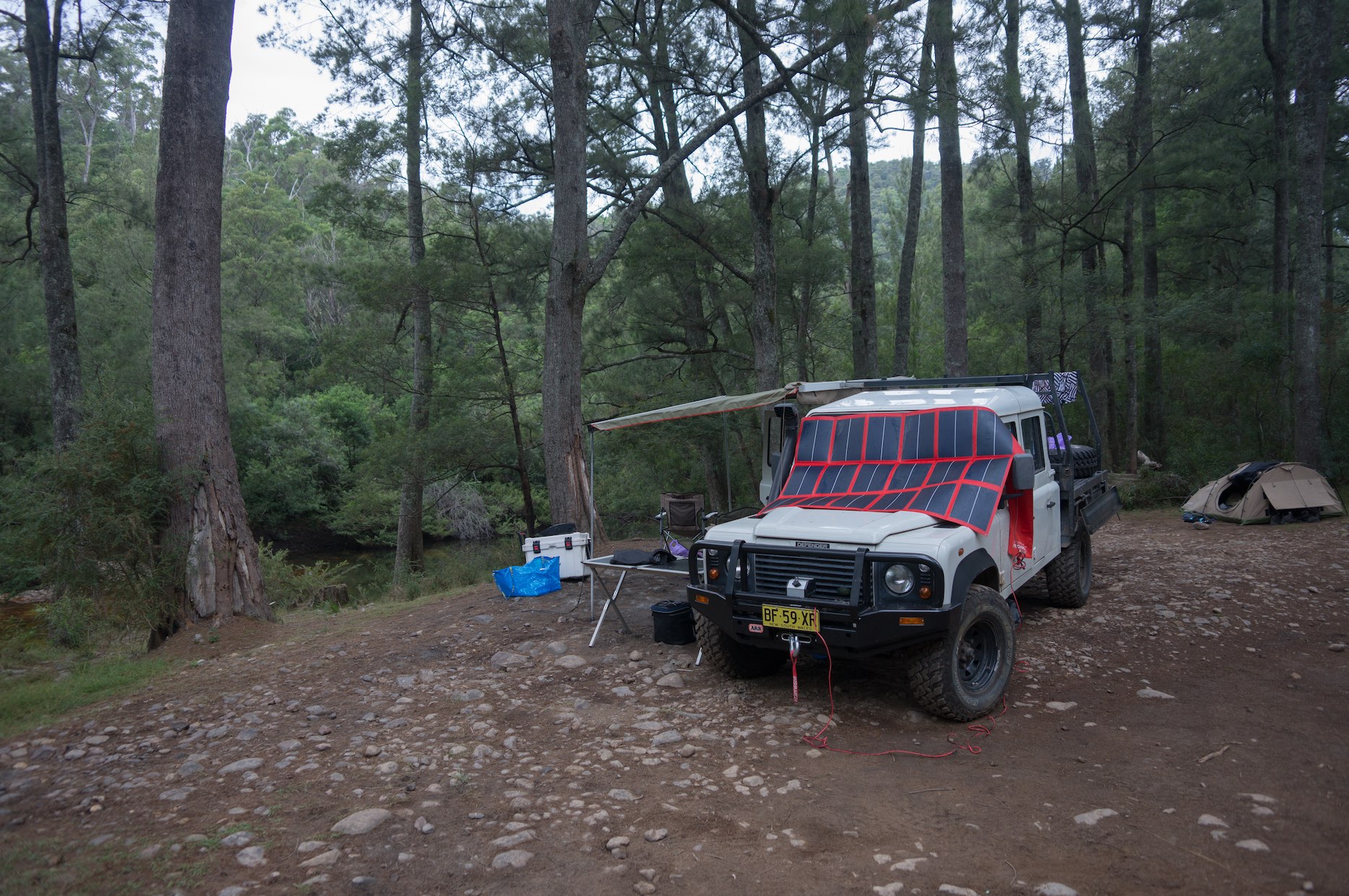 How much power are the solar panels returning?

320-watts at 12-volts gives us 26.6 amps per hour of power. Working on the idea that we get 6 hours of sunlight per day, I should be able to return around 159.6 Ah to my battery, which should keep it fully charged, indefinitely.

Is that overkill though? Well, maybe a little, but not really. If I have a slightly cloudy day I may be down to just 3 hours of solid sunlight, which just covers my usage. Or, if I run my Travel Buddy pie oven, that munches 10 amps an hour (and a roast takes about four hours, right?). Or I may spend the day on the computer writing articles about 12-volt systems for you amazing folks, and use more there. There are many, many variables that you need to take into account; thus the old adage, you can never have too much solar!

Hopefully, this will let you work out for yourself exactly how much solar you need, but always try to be over that number by about 20 per cent or more. Free energy is possibly the greatest thing in the world, and we should all be making the most of it.

Just as a final thought, the legends over at Redarc have a calculator that’ll help you work all this out too; head over to here to have a look. 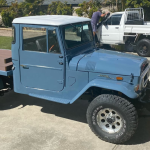 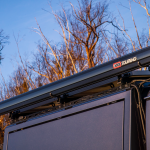