Researched and developed in their Sydney-based headquarters here in Australia, Tough Dog have released their new upper control arms.

Why do I need upper control arms?

These Tough Dog upper control arms are designed to restore the original equipment manufacturer (OEM) alignment geometry after a suspension lift. When a vehicle with Independent Front Suspension (IFS) has been lifted, the original caster and camber specifications get pushed outside the acceptable limits. This causes vague steering and wears your tyres out unevenly and quicker. Even after adjusting using the factory wheel alignment adjustment points, the suspension geometry is not quite the same as the OEM.

This is where the upper control arms come in!

When you’re driving off-road, the upper control arms will help to align your vehicle’s suspension geometry. The slim-line tubular design also creates the maximum possible clearance, helping to rid clearance problems between the strut and upper control arm on down travel.

These upper control arms have been designed to increase the performance and lifespan of your suspension and steering components. As a result, they are built tough! The end and ball joint housings are forged from 1020 grade steel and the heavy-duty bushings feature a high flex design that requires no lubrication. The ball joint itself is constructed of high strength chromoly steel.

For more information, head to the Tough Dog website. 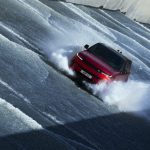 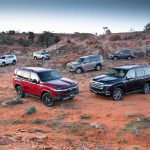