Reports have emerged that Suzuki has issued a stop-sales order for the Jimny in Europe because of stringent emissions laws coming into effect in 2021.

Europe is getting stricter with new vehicle-based emissions laws coming into effect in 2021 that will see car makers judged on their fleet performance (95g CO2/km as an average). And Suzuki, according to a report on Autocar India, has been the first to pull a product.

According to the report, Suzuki has already issued a directive to stop sales of the new Jimny. See, while the tougher emissions laws will come into effect next year, the EU will phase them in this year before fines for breaching the fleet average are introduced next year.

Like most car makers, Suzuki is looking to introduce hybridisation (Vitara to get a 48V setup) as a way of offsetting emissions and to meet the strict new fleet-average target set by the EU. Apparently, with the Jimny outselling other Suzuki models in Europe (and driving up the fleet emissions average) the decision has been taken to stop selling it, or so the report claims.

But it’s claimed the Jimny will return to Europe, to some markets anyway, as a commercial vehicle in the N1 category. This would see the back seats junked for starters and the thing marketed as a small panelvan…it could work for postal services in remote areas, for instance. The Autocar India report suggests the Jimny wouldn’t return to Europe as a passenger vehicle until a suitable engine can be found to help reduce its CO2 emissions; the current 1.5L emits up to 170g CO2/km depending on the variant. 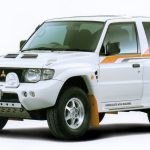 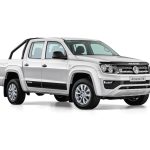