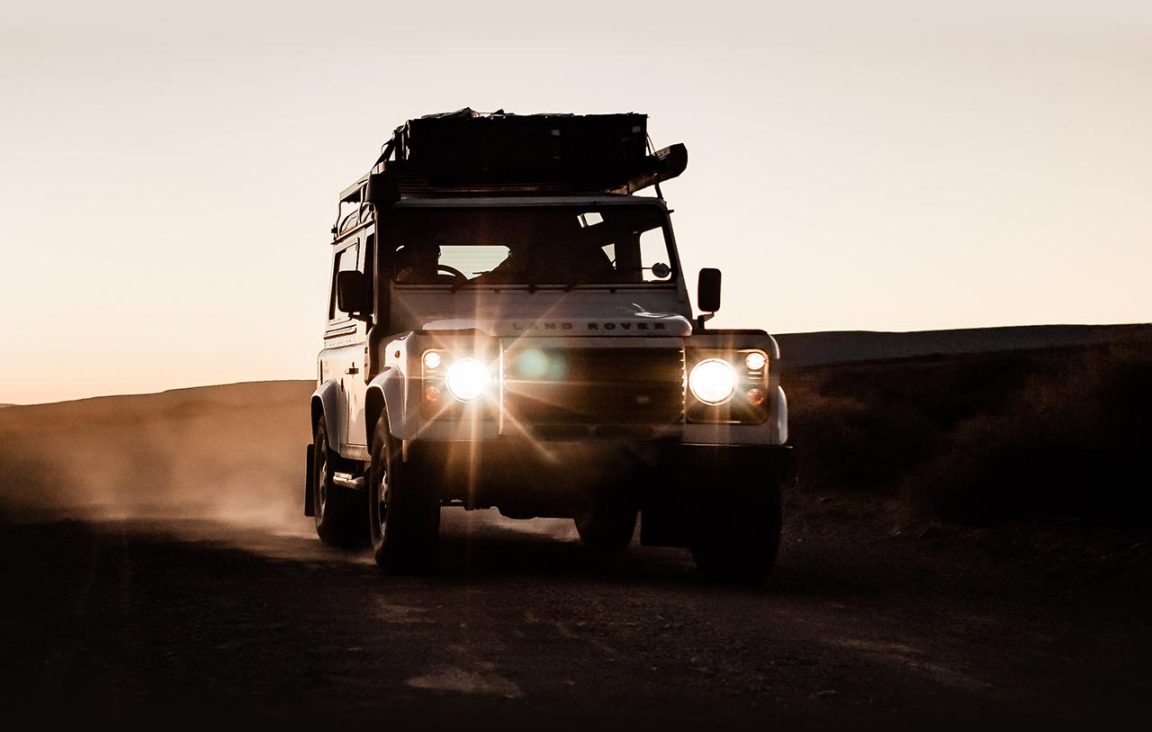 Here’s everything you need to know about roof racks for your 4X4, from choosing them to the roof load limit and why you might die if you pile up too much stuff onto the roof of your rig.

Ah, the romantic image of a long-distance touring 4X4: roof rack piled high with jerry cans, spare wheel, swag, awning, a big gear box and a row of driving lights. And probably much more. Congratulations, you’ve just turned your 4X4 into a death trap. Or at the very minimum a GIF on someone’s Facebook page.

Don’t get me wrong, the roof of the average 4X4 is designed to withstand a huge amount of pressure to protect the likes of you and me in a rollover. Indeed, the Insurance Institute of Highway Safety (IIHS) in the US (it’s like ANCAP) actually tests the roof strength of all the vehicles it tests which is kind of cool. We looked up the Ford Ranger and found the roof will withstand a force of more than 9000kg, which is almost three times the kerb weight.

But that’s got nothing to do with how much weight you can load onto the roof. We only mentioned it because we thought it was kind of cool that a safety agency tests for this sort of thing. Oh, and also because it’s not just in a roll over that your roof is having to deal with these sorts of forces but also when you’re carrying stuff on the roof and you’re driving across corrugations, but we’re getting ahead of ourselves.

Do you even need a roof rack?

Sure, your 4X4’s roof might look like a vast, empty space just waiting for stuff to be plonked onto it but, first, ask yourself, do you really need to put your gear onto the roof? Do you really need to take the kitchen sink with you when you go camping for the weekend?

This weekend pack your 4X4 with all the gear you need to take camping. As you’re loading every item in give it a good look over to see what’s vital, and what you’ve never even used before. The large majority of gear can be slotted inside somewhere with a little creative thinking and making use of the available space. Interior roof-mounted cargo nets offer a great place to stash bulky but lightweight items that’d normally end up on the roof.

Things like push bikes can often be mounted in a substantially cheaper hitch receiver carrier. Larger items such as tents, swags or kayaks can work with cross bars rather than a full rack, offering a considerable cost and weight saving.

Where do you mount the racks?

There are a few ways to mount roof racks onto your vehicle, one is by using the rain gutter that runs around the roofline of your vehicle, another is via the load-rated mounting point you’ll find in channels on top of the roof, and the other is by using the slim-line rails on your vehicle’s roof which can be used as a solid mounting point for either roof bars or a full rack system. Although, with some roof rack mount systems, you’ll need to remove these rails and replace them with the proprietary mounts (we’re thinking of Rhino-Rack’s Backbone system, for example) and that’s not a job for the home handyman/woman as you’ll need to remove your vehicle’s roof lining to install them. 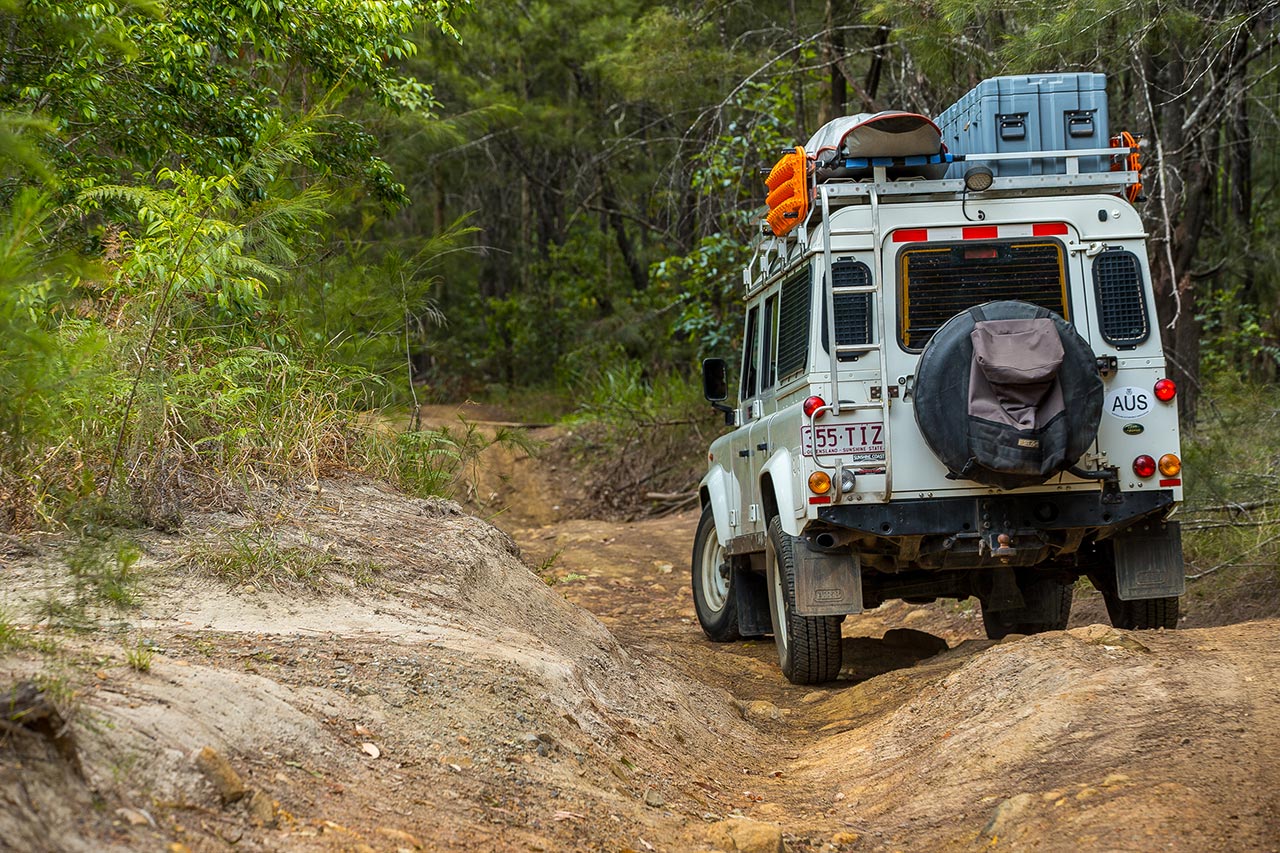 What type of roof rack should I get?

This all comes down to what you’ll be carrying on the roof. You can go for the old-school two bars running across the roof, a platform, or a basket. Whatever type of roof rack you choose, make sure it’ll do the job(s) you need it to do and be as practical as possible. We’re a fan of platform-type systems that allow plenty of versatility.

Whatever type of rack you go for, you’re going to need straps and tie-downs to secure the load to the roof. Almost every single roof rack maker will tell you not to use bungee cords as they allow the load to move in a dynamic situation; only use rigid straps.

How much can I carry?

The limits manufacturers list are dynamic limits and they include the weight of your rack. Meaning, that’s the maximum weight you can have on the roof when driving around (including the roof rack). And by that manufacturers tend to mean driving around town. Have a flick through your vehicle’s owner’s manual and it’ll likely suggest to carry a lot less on the roof when you’re driving off-road and that’s because there are additional stresses in play, like corrugations – the up and down can cause the dynamic load to impose many times more than the peak dynamic ‘static’ load on your vehicle’s roof.

Here are a few roof load ratings: Y62 Patrol = 100kg, Everest = 100kg (unless it’s a Titanium as stated above), Amarok = 100kg, Discovery 5 = 80kg, and HiLux = 75kg. Remember, the rack counts as part of the load too and these can be anywhere in the vicinity of 30kg – 60kg. Now, let’s look at some average weights of the stuff we commonly see people storing on the roof. Say, 20kg per full jerry can, 20-30kg for the spare wheel, 12kg swag, 20kg awning, 20kg box of ‘stuff’, 3kg driving lights, and 20kg alloy rack. Total = 125kg. That’s more than the roof load limit on every single passenger vehicle 4X4 on the market right now. Better not grab any firewood or double up on jerry cans. And, then, consider a steel rack might weigh 45kg and a roof top tent between 45kg and 80kg, and you’re dancing with the devil without any other gear.

The ugly of overloading your roof racks

It’s fair to say most people are carrying way too much stuff on the roof of their 4X4. But there’s more to the issue than just exceeding the manufacturers roof load limit, see, you’re reducing the handling ability of your vehicle and also increasing its wind resistance. And while the latter will cost you cash the former could kill you or someone else.

Now let’s look at how carrying anything on your roof, be you carrying stuff at the maximum roof load limit or over it, increases your vehicle’s centre of gravity. Think of it like this. If you’re carrying two 10kg weights (one in each hand) and you turn a corner while carrying the weights, you’ll be less likely to fall over than if you were balancing those same weights on your head. In fact, you could carry half the weight on your head and your stability would still be affected to a greater degree.

That means, if you’ve got 100kg loaded onto your roof (at 2m above the ground) the effect on stability is the same as if you loaded 200kg into the vehicle (at 1m off the ground). And because you’re carrying weight up high and raising the vehicle’s centre of gravity you need to corner and brake less vigorously. Indeed, any sort of direction change when your roof is loaded becomes potentially dangerous, and that’s regardless of whether you’re travelling at high or low speed – around rocks, ruts, washouts and roundabouts.

Then there’s the additional wind resistance created by carrying a big load on your roof, or even just by having empty roof racks. Depending on the vehicle and the rack type, you could be looking at a fuel consumption increase of more than one per cent with an empty rack. This will increase once you add a load to the roof, because you’re affecting the shape of your vehicle and its ability to cut through the air as cleanly as it would without racks and a load. 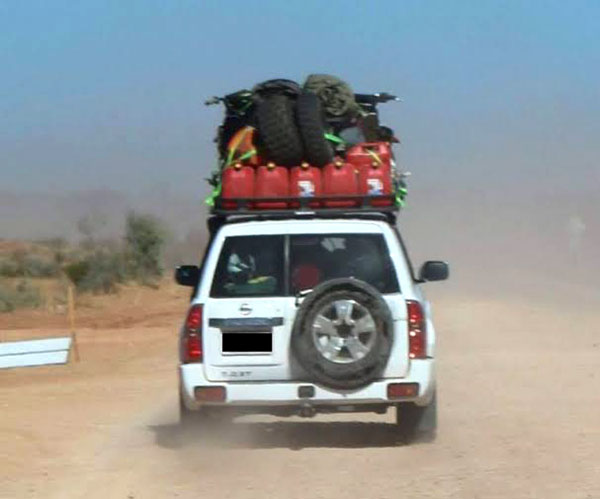 Right, go for a walk and come back to this next section when you’ve had a breather. Because, well, math.

Now for the maths around dynamic loading on your vehicle

Being a writer, I was rubbish at math (yes, yes, very funny, I’m not that crash hot as a writer either) so I got my son to explain how this all works. He cocked his head to one side, like a confused puppy. A chip off the old block. The I rang a mate who’s an engineer and he explained it like the below…don’t worry because I’ve got no idea what it all means either. All I know is the answer, and that is that when you’re driving across corrugations and you’ve got a heavy weight on your roof, your dynamic load is a hell of a lot more than your vehicle’s handbook says you can carry.

One word of warning though, this is all theoretical and should be taken as a guide only to the sort of dynamic load imposed on your vehicle’s roof when dealing with severe corrugations.

As we’ve mentioned earlier, the manufacturer’s maximum roof load for our long-term Ford Everest is 80kg because of the panoramic glass roof. We’ll use this vehicle for our calculations. Let’s say we’re traveling at ‘a speed’ over rough corrugations that are around 10cm deep and that, as they should be, the tyres and suspension is doing its fair share of the shock absorption, around half, for arguments sake. We’ll assume the roof is, thus, moving up and down by around 5 centimetres every six seconds.

Here’s where you need to start paying attention because it’s going to get all A Beautiful Mind. Using a sinusoidal function (Google it. I did, and I’m still confused). the displacement as a function of time would be: 0.05 sin (2π x 6t) where t = time in seconds and amplitude is in metres. Think about a wave in profile.

So, what we’re saying is that when you’re driving both on and off-road, the weight of your roof load may well be within the limit set by the manufacturer, but the dynamic stresses as an equivalent static load are much, much higher. 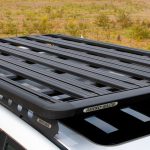 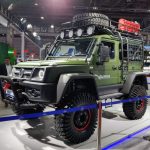