Understanding your vehicle’s ability to carry weight is perhaps one of the most important considerations when building your dream rig. Unfortunately, it’s also one of the most complicated. There’s a sea of acronyms to deal with. GVM, ATM, and GCM are all hard enough to wrap your head around to begin with. Throw in the fact that every single guide on the topic ever written has apparently been aimed at people with degrees in advanced maths and it’s no wonder the average punter just closes their eyes and hopes for the best.

Thankfully, we’re a lovely bunch around these parts. So, we’ve made the most straightforward guide to vehicle weights. After a few minutes of reading, you’ll be a Kung-Fu Master of aggregate trailer mass (ATM). You’ll be able to rattle off the who’s, why’s, and what’s of gross vehicle mass (GVM). And you’ll be able to hold a solid conversation on the nuances of gross combined mass (GCM) at your next dinner party. Failing all that, you’ll at least be able to make an informed choice decking your 4X4 out for that trip of a lifetime.

What’s with all the jargon?

I know right! It’s endless. But hopefully, we can help make heads or tails of them. Once you get a solid grasp of not only what they stand for, but what that means, will make life a whole heap easier later on.

Ask 10 people what exactly kerb weight means and you’ll get 11 different answers; so don’t worry too much about the specifics of it yet. Essentially it means what your 4X4 should weigh without any modifications fitted or people in it. Different interpretations include varying levels of fluids, and occasionally with a driver in it. To know what you’re really starting with your best bet is to run over a weigh bridge.

Gross vehicle mass. We’ll be discussing this at length. But the short version? It means the absolute total no exceptions maximum your 4X4 is allowed to weigh. If your GVM is legally bang-on you pop a disgustingly good Snickers bar into your pocket, you’re now illegally overweight.

Your payload is how much you can load up into your 4X4. To work this out it’s generally pretty straightforward. Get your GVM – the maximum your 4X4 can legally weigh. Subtract your kerb weight – how much your 4X4 normally weighs. The amount left over is how much extra you can pile on.

Let’s say you’ve got a dodgy arm. All up you might be able to lift 40kg. But your dodgy left arm isn’t as strong as your right arm. Out of that 40kg, 25kg might need to go on your right arm and only 15kg on your left. That is axle loads in a nutshell. Rear-axle loads are typically higher than fronts. And fronts will be affected by the extra weight of your engine and gearbox. You won’t be tested on this so don’t stress the details, just remember it’s a thing.

Just like you’ve got a maximum legal weight your 4X4 is allowed to weigh, there’s a maximum you’re allowed to tow as well. Unbraked towing is how heavy your trailer is allowed to be until it needs its own brakes. For most 4X4s this is going to be 750kg.

There are no bonus points for guessing this one. It’s the maximum weight of a trailer you can tow that has brakes. Simple, eh?

GCM is your gross combined mass. That’s the maximum legal limit your 4X4 and trailer combined can weigh.

Think of tare like your trailer’s kerb weight and you’re home free. It’ll include every accessory fitted from the factory but not things like food, water, or your clothes.

ATM is your aggregate trailer mass. Think GVM but for your trailer. Just like GVM, this is the maximum it’s ever allowed to weigh, that includes the extra thick quilt set you had to have!

Your trailer will also have an axle rating, but around five to 10 per cent of the trailer’s total weight will end up on the towball.

That’s great, but what’s the problem?

All of this is great on paper and reasonably easy to understand. The problem is, the margins in some of these areas are paper thin. We’ll keep the maths to a minimum here, but even the absolute workhorse 200 Series LandCruiser just doesn’t add up. A mid-spec GXL has a GVM of 3350kg, and a kerb weight of 2740kg. That leaves a payload of just 610kg.

That might sound like a lot, but it doesn’t go that far. Throw on the usual list of accessories like a steel bull bar, a winch, storage drawers, fridge, electrical setup, heavier wheels and tyres and maybe a long range fuel tank and that 610kg can quickly get down to 0. Oh, you’ll need to take the weight of fuel and passengers out of that 610kg too. It’s not hard to imagine that most 4X4s on the road are over their GVM.

Modern dual cab Utes will typically fare better here. For example, the upcoming Ranger has a payload of 995kg. The extra 385kg might just allow you to fill the tank and load up the family legally. As long as you’re not running a heavy canopy, touring setup, or have a big towball weight from your trailer eating into your payload.

Can’t I just ignore the problem?

Well yeah, I suppose? But there might be some pretty serious ramifications if you do. The most direct to you will be the adverse effects on your 4X4. Just like a playground see-saw with the local cake-eating aficionado on one end, the salad-eating kid on the other will be sent sky-high. Your 4X4 will do the same thing. It will result in your back end squatting and the front end raising, and a decrease in steering ability. You’ll also potentially bend your chassis, your braking will suck and so will your handling.

There’s a whole host of legal and insurance considerations to factor in too. You’re unlikely to get pinged at a roadside RBT for being 200kg overweight, but if you’re involved in an accident you can bet your bottom dollar your insurance company will leave you high and dry when they realise your braking ability was compromised.

Take it straight from the horse’s mouth though.

You’ve convinced me, but what exactly is a GVM upgrade?

A GVM upgrade is a term for a whole bunch of accessories. Essentially, some very clever people in the aftermarket have sat down with some very stern people from the traffic authorities and worked out exactly what’s stopping your 4X4 from being able to safely carry more weight. In some states, these upgrades can be done to any old 4X4 where a kit is available and legally recognised. Others however are requiring the installation to be done before the vehicle is registered.

For small weight increases, these kits are typically simple: a set of springs, shocks, and a slip of paper. As the desired weight increases, the complexity of the kits has to increase too. A diff housing that’s fine at 3500kg might not be up to scratch at 4000kg. Heavier-rated kits will typically feature improved braking systems, heavier-rated wheel and tyre packages, larger indicators due to a heavier weight class, and in some situations, coil conversions. Hey, while you’re in there anyway right?

Got it, but why were you talking about trailers?

I thought you’d never ask! Here is where things get frustrating. Or exciting if you’re a masochist … no judgement. We mentioned before you need to factor your towball weight into your payload, but there’s more to consider too. That fancy new GVM upgrade you just got fitted will increase how much your 4X4 can legally weigh, but in almost all cases it won’t increase your gross combined mass. If your 4X4 now weighs 500kg more, your trailer will need to weigh 500kg less. There are some exceptions to this rule, and a few options for increasing your braked tow rating. But unless you’re ready to speak to a shop about specifics, we’re just making things unnecessarily complicated.

What if I don’t want a GVM upgrade?

For a lot of 4X4 owners, a GVM upgrade simply isn’t an option. Whether it’s a budget concern, a lack of options for their specific 4X4, or wanting to run a specific accessory that won’t work with the kit. Luckily, all hope is not lost and there are a few tricks to keeping weight down.

The biggest weight saver is ditching the steel bar work for aluminium. You’ll give up a little protection, but between a rear bar, front bar, bash plates and a roof rack you can easily save 150kg. Steel long-range fuel tanks can be swapped out for lightweight poly offerings. All terrains will typically weigh less than mud terrains. Alloy wheels are lighter than steel. And lithium power setups will have significant weight savings over old-school AGM offerings. Lastly, do you really need an absolute monstrosity of a caravan? Even dropping back to a hybrid camper can save 1500kg out of your GCM, and potentially up to 200kg off your towball weight.

Who you gonna call? 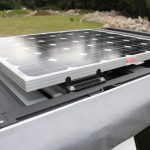 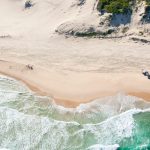