Paradise on Earth ain’t as cheerful as it seems…

Read this story in our online magazine HERE.

Fraser Island is an oddity in the Australian touring landscape. No other destination comes across as so easy, so forgiving. Yet we’re never shocked when another fatality pops up in the news. It’s become such a common event in recent years it’s tragically become background noise, something few even consider before heading off for their journey. A death at the Cape or High Country rattles our bones. What went wrong? What could have prevented it? What can I do differently to make sure it doesn’t happen to me? All the while we happily load the back of the LandCruiser full of essential survival gear like cases of beer and beach umbrellas and trundle off to Fraser without a care in the world.

So what is it that consistently kills on Fraser Island? Why does no-one seem to think twice before heading there despite so many fatalities? And what are the major dangers the average off-roader will face there that could lead to tragedy? Is it something deeper, or does it all just boil down to complacency and a dash of bad luck?

For many, Fraser Island is the perfect getaway from the stresses of modern society. For hundreds of people in the last 14 years it’s been the site of destroyed 4X4s and ruined holidays. For 100 others it’s the place of serious injury in either single or multiple vehicle collisions. And for the families of seven people it’s the place they lost a loved one. Sons, daughters, brothers, sisters; and one father holidaying with his son.

As four of the seven recent fatalities have been backpackers it’s easy to point the finger at reckless driving, speeding, or even colliding with other vehicles. It’s simply not the case: 96% of all vehicle accidents on the Island are single vehicle and the result of inexperience or complacency. One freak wave took the lives of Concetta Dell’ Angelo and Ian Davy in April 2009. A rollover took Takeshi Sakai in December that same year. In spite of this, and after increased regulation, Jade Fox was killed in yet another single vehicle rollover on a section of track near Jabiru Swamp.

WHAT CATCHES PEOPLE OUT

Despite the more violent years recently experienced Dave Elder (the bloke behind the wheel at Fraser Island Towing) says things are slightly more mundane on the Island now.

“Roughly 90% of incidents happen at either high tide or at dusk,” he told us. “The washouts are often deep and hard to see. When you hit them at 80km/h your vehicle doesn’t stand a chance.”

There’s also the issue of untested 4X4s having their first sand-driving experience on the Island. This can push everything from a vehicle’s cooling system right through to driveline items like clutches and bearings to their breaking point. Many people also forget to time the tides right, pulling off the barge just an hour before high tide and having a desperate rush to get to camp. Often the result is people on the island for barely a few hours before calling Dave for help.

With countless kays of winding inland tracks barely wide enough for a single vehicle to pass through, you’d be forgiven for thinking most accidents involve minor fender benders and low-speed head-ons. Surprisingly, Dave says the majority of his call-outs are along the eastern beach along the Island.

“Most of the incidents happen on the washouts further north,” he tells us. “There’s a couple of big ones up near Dundaburra you need to look out for, a few near Dilli Village and some sharp ones down south near the Rainbow Beach Barge as well.”

WHAT IT’LL COST YOU

If things go wrong on Fraser Island and you’re in need of a tow, you better have a deep wallet. The guys from Fraser Island Towing will charge a reasonable fee of $150 per hour, but it soon starts adding up.

If you have a breakdown or accident that immobilises your 4X4 on the northern end of Fraser, it can take a few hours just to reach you. Another few hours to get back down to the barge and then a few more hours by the time you’re back on the bitumen and Dave’s back in the yard with his HINO.

Dave added: “The cheapest option is to get you back onto Rainbow Beach. The barge to Hervey Bay takes a lot longer and can be difficult to get onto.” All in, to get your broken or bruised 4X4 from deep in the Island back to solid ground can easily cost $1,000.

WHAT ELSE TO LOOK FOR

It’s not all rollovers and washouts on the Island. In almost as many cases fatalities have been due to either the wildlife on the Island, or the environment itself. Back in 2001, a nine-year-old boy was tragically mauled to death by a wild dingo. A disastrous by-product of familiarity between dingoes and humans due to ignorant visitors either feeding them or leaving food scraps around camp. In 2013 a father was struck and killed by lightning while beach fishing with his son at Inskip Point. And more recently Shawn Vogler was lost at sea after kayaking near Happy Valley.

IS IT AS DANGEROUS AS IT SEEMS?

Let’s take a look at the individual components here. The tracks and beaches on Fraser Island are able to be travelled at up to 80km/h. Vehicles can travel on both sides of the ‘road’. There’s children and fishermen along the stretch of beach at random. The surface is dynamic and constantly changing – sometimes within hours as the tide moves. The overwhelming majority of drivers are there for recreational purposes and simply aren’t paying close attention. And all throughout the day there’s the occasional plane or two landing in the middle of the ‘road’.

If you were to bring those same conditions to the motorway of any major city you could watch the fatalities clock up at an astonishing rate. Yet on Fraser Island, a place where there’s less than 200 locals and over 400,000 visitors per year, there’s been only a handful of tragedies in as many years. It’s frankly a miracle.

Despite this, when tragedy does strike the finger is pointed away from ourselves and unfairly at backpackers. Unlike us they have heavy regulation put on them when travelling on the Island.

They’re required to complete educational courses on the dangers of sand driving, they’re limited by the amount of passengers permitted in their vehicles; and they must follow other experienced and trained drivers at all times while on the Island.

However, if you’re born in Australia you have to prove you can stay under the speed limit and not look at your phone during your driving test. Put simply, the incidents that have taken lives on Fraser Island have taken the lives of backpackers rather than Australians due to nothing more than luck. Backpackers are trained better than us, have tighter regulations, and in all probability are behind the wheel of better maintained vehicles. Luck is the reason we don’t see more fatalities on the island… and luck eventually runs out. 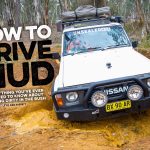 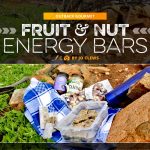