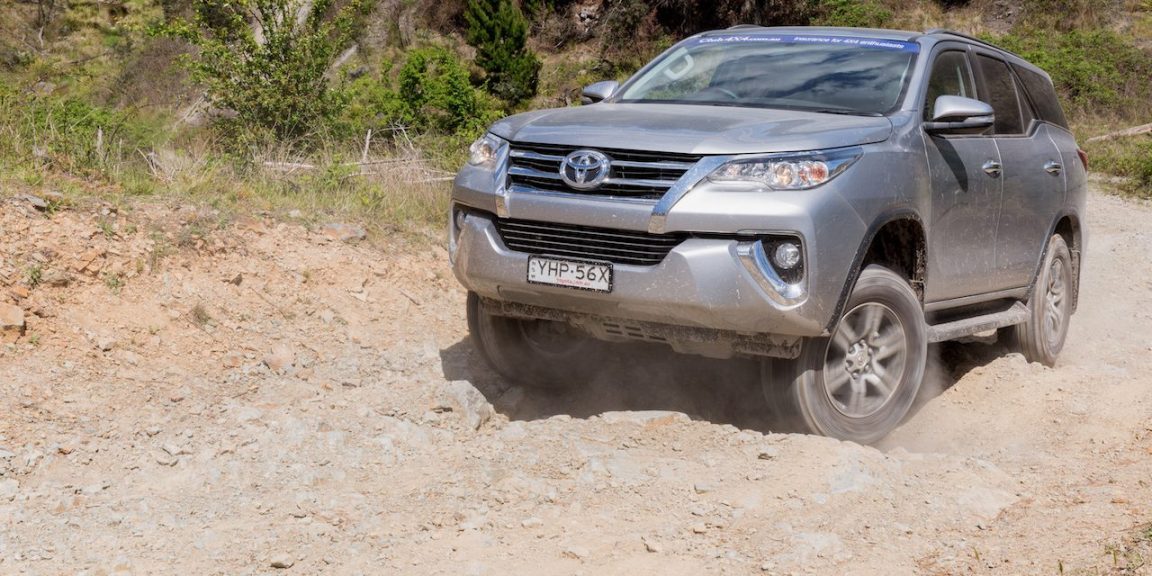 What is traction control and how does it work?

One of the greatest improvements on your showroom floor-standard 4X4 in the last 20 years is four-wheel traction control. While it’s not going to make every four-wheel drive owner a happy camper in every situation, traction control (TC) can ease you out of a tricky off-road problem and make you look good doing it.

What does traction control do?

We’re only getting into the nuts and bolts of what TC is and how it works here, although because they are all linked, we’ll have to get into some other, associated systems.

What we’re not discussing here are systems that could be described as traction control but don’t use the vehicle’s brakes to do the job, such as Jeep’s Vari-Lok diffs introduced in the 1999 Grand Cherokee. This system uses multi-plate clutches in the diff carrier to lock a driveshaft when a wheel begins to spin faster than the other wheel on the axle.

How did traction control come about?

Traction control (and all the other brake-related traction aids such as stability control) are a direct result of anti-locking (ABS) brakes, sharing many components of the ABS system.

What some clever Bosch engineers discovered when developing the first four-wheel ABS (that appeared in the 1978 W126 Mercedes-Benz S-Class) was that if they could control the hydraulic pressure going to individual brakes so that the wheel wouldn’t slow excessively – or lock-up – compared to the other wheels, they could get a car to stop in a much shorter distance. The consistent, strong braking ABS afforded without any lock-up not only resulted in straight-line stability but also steering control if you needed to swerve around an obstacle while still hard on the brakes.

An ABS brake system basically consists of a sensor at each wheel to measure wheel rotation, a hydraulic modulator circuit able to relieve brake fluid pressure to the brake circuit for each wheel independently, and a computer (Electronic Control Unit, or ECU) to tell it what to do and when. The way it works is that the ABS ECU receives signals from a sensor at each wheel that measure how fast the wheel is rotating. When brakes are applied, the sensor output will tell the ABS ECU if a wheel has begun to lock. The ECU then activates the hydraulic modulator circuit to channel some brake fluid away from the brake line to the slowing wheel, so that the wheel can resume rotation. In a modern ABS system, this sequence of lock-release under heavy braking occurs up to 40 times a second.

Early ABS systems were not effective in some situations, such as loose gravel. They were designed for passenger cars, not 4X4s, and also lacked the computing power to operate quickly enough compared to today’s ABS systems. With better electronics came an even better, faster more effective ABS system.

When the TC ECU ‘sees’ from the wheel sensor inputs that a wheel is rotating faster than the others, it signals the release of brake fluid already stored under pressure in the accumulator to go through the hydraulic modulator circuit to the brake on the spinning wheel. The brake is applied to that wheel, slowing it – or even stopping it momentarily – and then the diff can channel drive to the other wheel on the axle.

The TC system is a reactive one and can only operate on an open diff. While we won’t get into a long discussion of differential principles here, in essence, torque going through an open differential (that is, one that does not have a limited-slip component or locking feature engaged) takes the path of least resistance. If a wheel loses traction, all drive through the diff goes to that wheel instead of the wheel with grip and, as a result, momentum is lost.

Where a vehicle has both a locking diff and TC (there are a few), when the locking diff is engaged the TC is automatically disengaged on that axle.

When did traction control first appear?

Four-wheel drives mostly lagged behind passenger-car development 30 years ago so it’s no surprise that they were late to the traction control party.

TC first popped up in a production 4X4 in October 1992 with the MY93 Range Rover, but it only worked on the rear wheels. Four-wheel TC first became commonly available in a production 4WD in the 1999 Land Rover Discovery II, although it had its problems, as we’ll see below. It wasn’t until 2000 that updated models of the Lexus LX470 and P38A Range Rover introduced an effective (for the time) four-wheel TC system.

What traction systems are available now?

Today’s traction control systems – incorporating ABS, TC, stability control and a raft of other traction/stability sub-systems, are not only lighter and smaller units, but are much faster to react with their far superior computing power. If you think about what a mobile phone could do in 2000 compared to today’s phones, that’ll give you an idea of the kind of advances we’re talking about.

One such sub-system developed specifically for 4X4s is Terrain Modes, which is a driver-switchable mode selection for situations such as rocks, mud, sand, grass or snow. First introduced in Discovery 3 in 2005, this system modifies how the ABS, TC and stability control systems function to better suit specific off-road terrains. The Jeep Grand Cherokee, Nissan Y62 Patrol, Toyota Prado/LandCruiser 200 and Ford Everest, among others, use their own version of this set-up.

The Toyota HiLux has another take on traction control, with its version of Active Traction Control (A-TRC). It has different TC tuning for 2WD high-range and 4WD high- or low-range.

Another concurrent development for some 4X4s is electronic centre diff control – linked to the TC system and the engine management system, this allows all drive to be precisely channelled to one wheel if necessary in low-grip situations.

When is traction control ineffective?

There has been a lot of trial and error over the years with traction control. Land Rover soon had a problem with four-wheel TC in the 1999 Discovery II, because the company thought it could rely on the TC system alone. While the lockable centre diff/two-speed transfer case continued from Discovery I, its centre diff lock mechanism was deleted. While the diff internals still had the lock mechanism, there was no way for the driver to engage it.

The TC system simply could not quell wheelspin across an axle and between axles effectively except in the lightest of off-road conditions. Land Rover learned from its mistake with the 2003 Discovery IIA update, which re-introduced the centre diff lock lever so that the driver could engage the mechanical lock. The TC system worked much better.

The Discovery II wasn’t the only vehicle in that era to have this problem – the growing soft-roader market saw numerous examples of the same issue – when push came to shove, the TC system alone in these vehicles was not able to effectively reduce wheel spin both across and between axles with an open-type centre diff.

Some 4X4s since then have both a four-wheel TC system and a mechanical rear diff lock as standard, and obviously the TC system is then redundant on the rear and is automatically disabled there – and on some vehicles, it’s disabled on both axles.

Because the TC system relies on built-up hydraulic pressure to operate, when that pressure is depleted, the system no longer works until it can be built up again. So, for example, if you’re climbing a long, steep and slippery track with plenty of slow-going obstacles, you may find that the TC system stops working. It’s simply run out of puff – until the electric pump can help the accumulator eventually get its breath back.

In most modern 4X4s, the TC system can be switched off – either by disabling the stability control system (which also disables TC), or where terrain modes are available, selecting the right mode (such as sand or mud), which reduces TC intervention.

When does traction control work best?

Traction Control is so useful for general off-roading because it’s set and forget. In fact, there’s no setting to be done – it’s automatically turned on at each ignition cycle, although you can (for most modern 4X4s) hit a dash switch to disable it. This is unlike a diff lock, which in most cases you have to anticipate its need and slow down or stop and wait for it to engage – and of course remember to disengage it later before getting onto the blacktop (because it can damage the diff and you’ll have unwanted steering effects due to the diff being locked).

Traction Control is particularly good at ensuring wheels do not spin up excessively. Without TC – with open or locked diffs – when you have the combination of the torque-multiplication effect of low range, it can be hard in some situations to apply throttle without excessive wheelspin – causing an unwanted shift off-line or digging in.

For example, on a diff-locked vehicle, you can end up sliding sideways into a tree, or bounce onto an exposed rock causing undercarriage damage. Because TC works on individual wheels it won’t allow such a flare-up of wheel spin.

There are also situations where you want the slow, steady progress that the TC’s grab-release of wheels affords.

With many newer, independent-suspension vehicles not having as much wheel travel these days, it’s also a lot easier to end up with wheels lifting off the deck on an undulating track. Again, the TC system can easily and quickly put a stop to the wheel spinning and momentum being lost.

Getting traction off-road obviously involves many factors: everything from driver skill in terms of correct vehicle placement and correct momentum, to the vehicle’s set-up, such as available engine torque, gearing, wheel travel, clearance and, of course, tyres. While traction control is not by any means perfect, it is one of the most significant advances to four-wheel drive technology in the last 20 years, offering a simple yet effective solution to loss of grip. 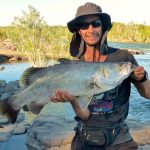 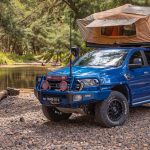