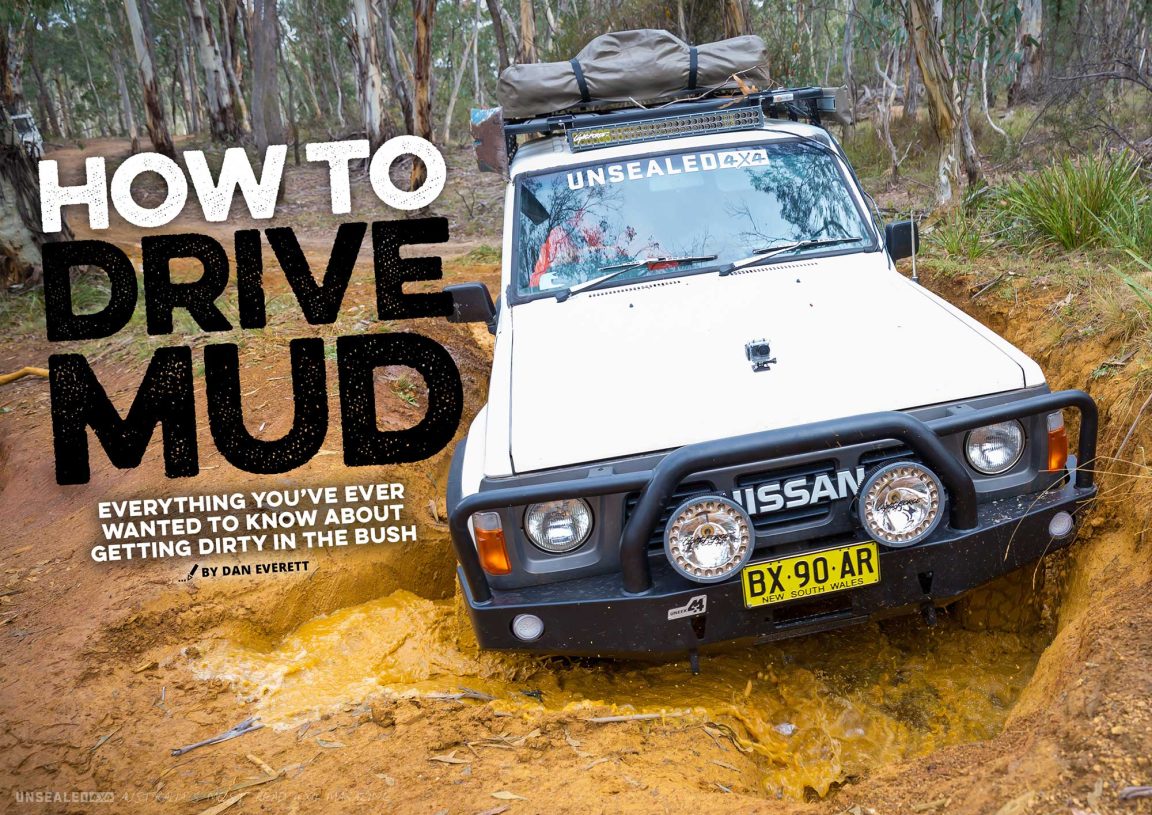 For images and the full Unsealed 4X4 experience, read this in our online magazine.

We live in an amazing place. A country where the vast differences in terrain are rivalled only by the often unfathomable distances between them. The kind of place where you can drive from sunup to sundown without ever needing to turn a corner, then turn around the next day and travel through not only all four seasons but just as many terrains.

Some terrains require the patience of a saint with the surefootedness of a mountain goat. Mud is a little different. Sure, there’s all the usual advice like poking it with a stick – but once you’re actually in the thick of it, it requires a fine balance between sanity and lunacy… a country mile of momentum without a hair more than necessary… all while straddling between being in complete control and being a mere passenger in your own vehicle.

People often attack mud the same way they’ll take on sand. Dropping pressures down to almost single digits and then failing spectacularly as bead after bead becomes unseated. Throw convention out the window here and keep tyre pressures higher than you’d expect. Around 18psi for a large wagon is a safe bet as it’ll allow the tyre to bag out and grip whatever traction is available without running the risk of ripping the tyre right off the bead on the very first rut. Unlike sand, if forward momentum is halted in mud it’s very rarely fixed by dropping a psi or two.

This is going to sound a little like the who’s who of modifications here – but each one plays a very special role in mud driving. Mud tyres, diff locks, ground clearance and recovery points.

Mud tyres should more or less be a no-brainer, but different mud requires different tyres. Skinnier meats work better where it’s a thin film of mud on the surface – allowing you to break through to the denser layers below. Where the mud’s more like a fresh batch of concrete with no bottom in sight, a wider tyre will allow you to float over the surface. Whether you go thick or thin treads you’ll need a healthy amount of clearance under the axles and chassis.

Due to its nature, mud will inevitably form ruts and ridges that will catch out a low clearance 4X4 no matter how much grip the tyres have.

Whether it’s from lifting wheels or purely due to the low surface traction available, you will find yourself with spinning wheels. If the axles are locked together you’ll be getting equal drive to each wheel, and twice the traction; even if it is very little. Where possible the front locker should be avoided as it can slow down steering response. Then there’s the final modification – recovery points. If you’re taking on the mud you will get stuck; it’s not a matter of ‘if’ but ‘when’. Murphy’s Law states you’ll get stuck in the most difficult to recover position… so fit as many recovery points as you can. At a minimum, two up front and one in the rear.

There’s two situations where you’ll find yourself in trouble when playing in the mud. The first is skating across the top layer with no chance of control, and probably with a steep bank just off the side of the track. The second is stuck in place with no movement possible in either direction, and grimy water seeping in through the door seals.

In the first situation the go-to tool should always be a winch. A snatch strap or traction boards might get you out of trouble but a winch will help you re-gain control – making for a safer, albeit boring, recovery.

As I mentioned though, Murphy’s Law regularly rears its annoying head in mud and quite often winching will not be a viable option – leaving you with a snatch recovery. The technique is like any other snatch, although you’ll want the stuck 4X4 to spin its wheels to break the suction just before the second vehicle starts pulling. If possible, some time on the shovel can make things easier… although depending on the type of slop you may not be able to shovel fast enough.

Now before you go taking a 10km run-up and hitting it in 6th gear with your twin-turbo V8, remember momentum should always be restrained. As fast as necessary, as slow as possible. The reason behind hitting mud with a bit of momentum isn’t to send you bouncing this way and that, it’s to help carry you through the softer or slipperier sections of track and iron out some of the difficulty. In most situations 2nd gear low-range is the perfect gear to keep you powering through.

Got a huge 454 big block squeezed in between the chassis rails of your 80 Series? It’ll be worse in mud than a 1.3L Suzuki Sierra. Torque is essentially useless in a mud situation. There’s no long pulls, no intense climbs and nothing that requires the ability to move a fully loaded Komatsu D575A through a mile of sand. The key to success is, ironically enough, a little wheelspin. With thick mud the space between tread blocks can fill up – leaving you with a large smooth tyre and no chance of grip. A little blip of the throttle can clear the mud, allowing you to regain traction. Horsepower, not torque, is the winner in this battle – and the ability to rev freely will conquer all. Lightweight manually-shifted petrol engines will almost always rule supreme in the mud.

There’s an old saying about driving in mud that perfectly sums it up: You’re not stuck until you’re stuck. If you have any movement either forward or reverse, it’s a clear sign there’s still some semblance of traction available. The old trick is backing off a metre or two before heading forward again with a little more momentum; if that’s not working, rocking the steering wheel back and forth can help the tyre’s side-biters dig into the sides of the track and get you through.

If you’re having the opposite issue of skating across the surface, you’ll need to know exactly where your front wheels are pointing as a sideways slide will require a little counter-steering to keep you pointed where you want to go.

Sometimes you’ve gotta ask yourself if the fun is worth the trouble. Serious mechanical, panel and track damage can occur when playing in the mud. If you’re heading out there specifically to do it and don’t mind wearing the vehicle damage and environmental costs… then go nuts! However, if it’s something you’ve come across on your way to somewhere, you’ve got to stop and think if you’d rather spend your day stuck in the mud with a buggered diff… or out driving the tracks.

You’ve come out triumphant and conquered the mud, albeit with a little recovering in the process. What’s next? All that mud and grime coating your recovery gear will slowly work its way in between the fibres of every strap and rope in your arsenal, slowly rubbing and tearing them from the inside out; weakening them in a way almost invisible to the eye. You’ll need to thoroughly soak your gear in warm water and work the material to open it up and release any trapped particles lodged inside. It’ll be a slow process and require frequent tubs of fresh water, but the process is vital to the longevity of your gear.

Paint isn’t just there to look pretty, it protects the vulnerable sheet metal hidden underneath from corrosion. Put simply, a healthy paint job will hold off rust better than a bad one. To keep your paint in tip-top condition you’ll want to hose all the mud off well before it dries and cakes on. Avoid reaching for the sponge until it’s basically clean, as you’ll not only contaminate the sponge but also rub the muddy grit into the paintwork. Finally, a wax and polish is recommended to fill in all the scratches that would have inevitably formed throughout the day. It might seem like it’s all a bunch of city slicker nonsense but it’s necessary to keep the protective paint coating actually doing something. A little elbow grease can literally keep your 4X4 from looking like Swiss cheese.

Mud doesn’t only take its toll on the spit polish of your 4X4. It’s a thick, abrasive paste that will work its way into every crack and crevice of your 4X4, mucking with everything it comes into contact with. The biggest weak point will be the felt and rubber seals on the knuckles of a live-axle 4X4. Just the smallest imperfection in the seal can cause the grease inside to get out, and the mud outside to get in. The result is toasted wheel bearings and axle seals; and CV joints drier than a nun’s jug of water after she’s drank it all the night before.

Clutch friction plates and slave cylinders are also in the firing line and can be ripped to shreds with continued mud exposure. Essentially if it’s below the bonnet line, exposure to mud can and will significantly shorten its lifespan. Poke your head underneath and in the engine bay of your 4WD to see what will be susceptible. Late model Cruiser owners should pay close attention to just how low their alternators are mounted.

SO YOU KNOW IT ALL NOW?

Right, so you’ve armed yourself with all the figurative tools to get you through the thickest mud in the country. Now’s the time to check out our guide on the top five reasons mud driving should be avoided harder than the tap water in Thailand. 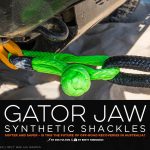 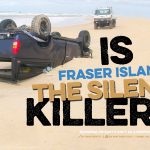