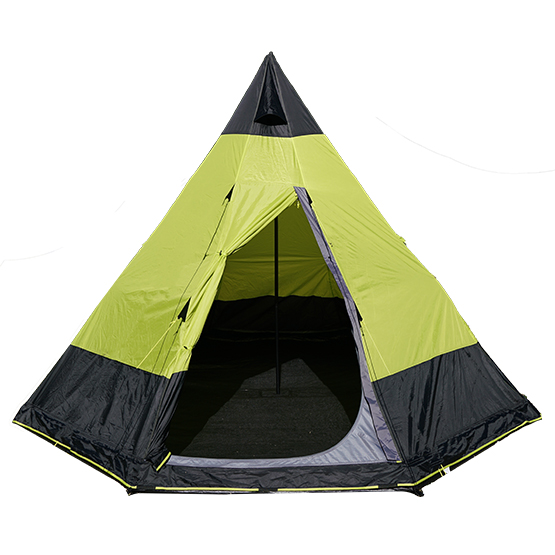 Oztent has released a new tepee-style tent big enough for the whole family, it’s called the Oztent Malamoo Teepee 6 and is priced at $299.95.

Nomadic tribes across the world have always used teepee-shaped tents, and now recreational camping companies are getting in on the act with the launch of the Oztent Malamoo Teepee 6. Now, we know that Oztent has produced teepee-esque tents before, but the Malamoo Teepee 6 is its first single-pole design. Oztent claims the setup times are quick with the new design although they haven’t suggested a time…we smell a product test.

To set up the Malamoo Teepee 6 you first need to unpack it and then peg out the base, fit  the single-pole in the middle and you’re done. With such a simple set up you’d think the tent was minuscule, however, you’d be wrong. The Malamoo Teepee 6, when set up, provides 250cm in height at the pole and a 350cm-wide floor, which Oztent claims is big enough to sleep 6 people. With ventilation important, the Teepee 6 comes with large windows as well as a wide door to reduce heat and condensation buildup.

The Malamoo Teepee 6 is constructed from 190T polyester and claims that it is 100 per cent waterproof along with a Waterhead rating of 1500mm (this means that if the material was stretched across a frame it could hold 1500mm of water before the weave began to let go). Oztent also claims the Malamoo Teepe 6 is just as good in the sun as it is in the rain, thanks to the material used having a UPF50+ rating. One of the main features of the Oztent Malamoo Teepee 6 is its claimed pack-down size. For a six-person tent Oztent claims it will pack down to just 70cm x 22cm x 22cm, which is small enough to fit in the back of almost any four-wheel-drive – even a Suzuki Jimny. Stay tuned for a product test. 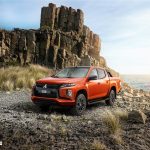 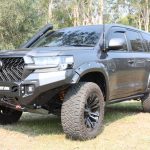