When you’ve got a slight infatuation with old-school Datsuns, can you ever have enough? We caught up with Michael Hill to offer some support for his G60 ‘problem’…

If you’ve spent any time around social media and four-wheel drive pages, in particular, chances are you’ll know of Michael. He’s a bloke who really needs no introduction when it comes to, er, older Nissans, and how to start a rather healthy collection of vintage 4X4s. We ran through a few questions with Michael, to give you the low-down on everything there is to know about his collection, how he got started, why G60s, and how many make a collection.

Michael Hill has been a collector of anything and just about everything G60 related for the better part of a decade. He’s a mechanic by trade, which certainly helps when working on the old beasts. He tells us he currently has seven G60s but has owned 31 (maybe 32) over the years, and the passion for the old trucks (three-speed crash box makes it a truck, right?) has never waned. It all started when his dad bought a 1978 mid-wheelbase wagon… 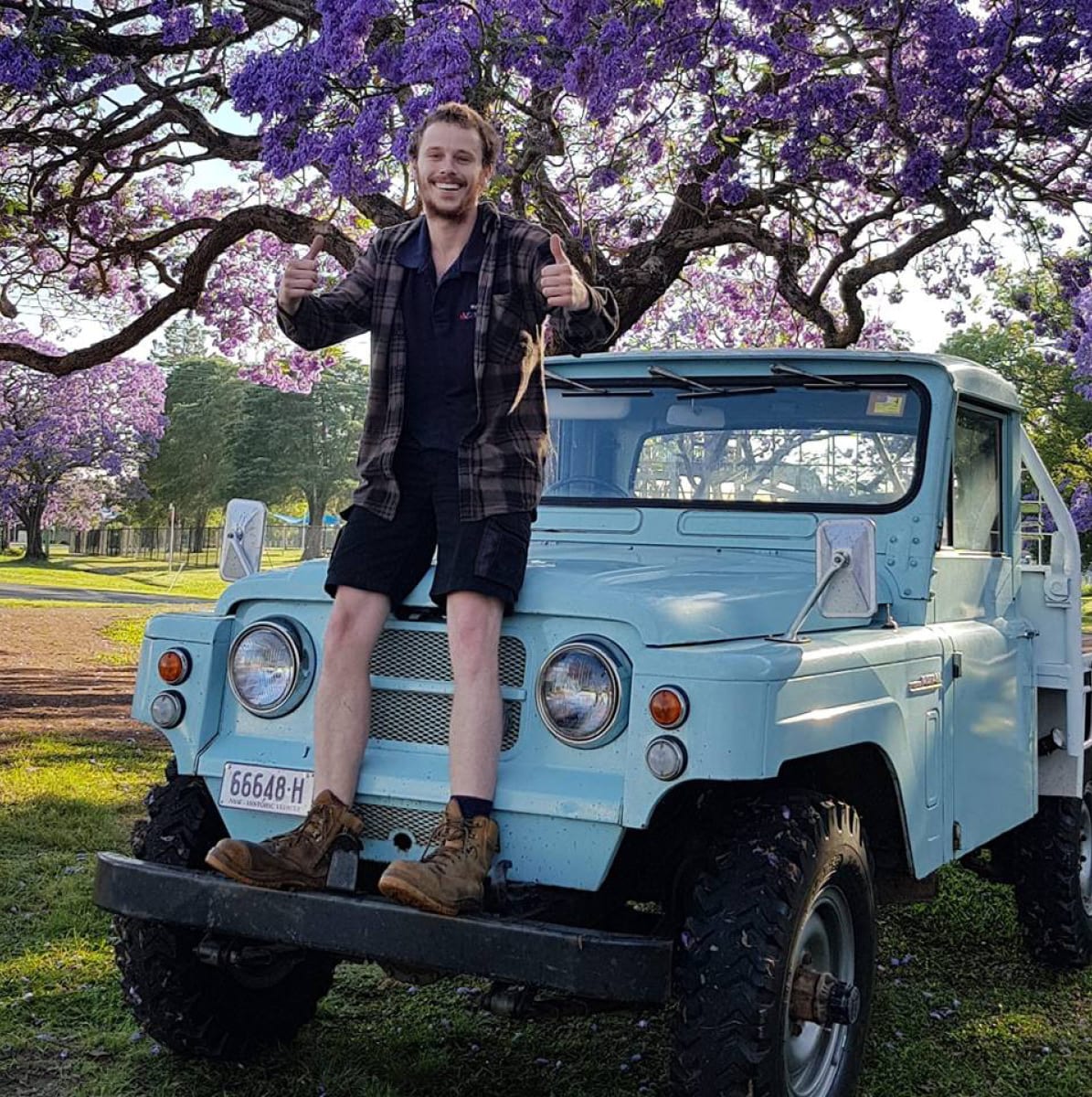 U4x4: What started the obsession?

MH: I guess you could say it’s just in my blood. My old man owned an old G60 back well before my time, a cream 1976 mid-wheelbase hardtop wagon. We’ve always heard him tell stories and I’ve heard other family members talk about it; with photos to go along with it from back in the day – it was pretty darn cool. My love for the 60s started back when I was about 11 years old when the old man brought one home for us kids to use as a paddock basher.

He knew it would be a good fourby for us to learn to drive, with arm strong steering and all. It had a tough-as-nails old three-speed crash box (who really needs synchros anyway?), and more importantly, when the old man could get us kids out of it, it doubled as the farm’s workhorse as well. It was a blue 1978 G60 mid-wheelbase wagon, full of rust, and no matter how hard I tried to kill it time and again, the bloody old thing just kept on giving! A few years on and maybe not so much wiser, like all young fellas do, I wanted to restore it; give it the 30 birthdays it had missed! 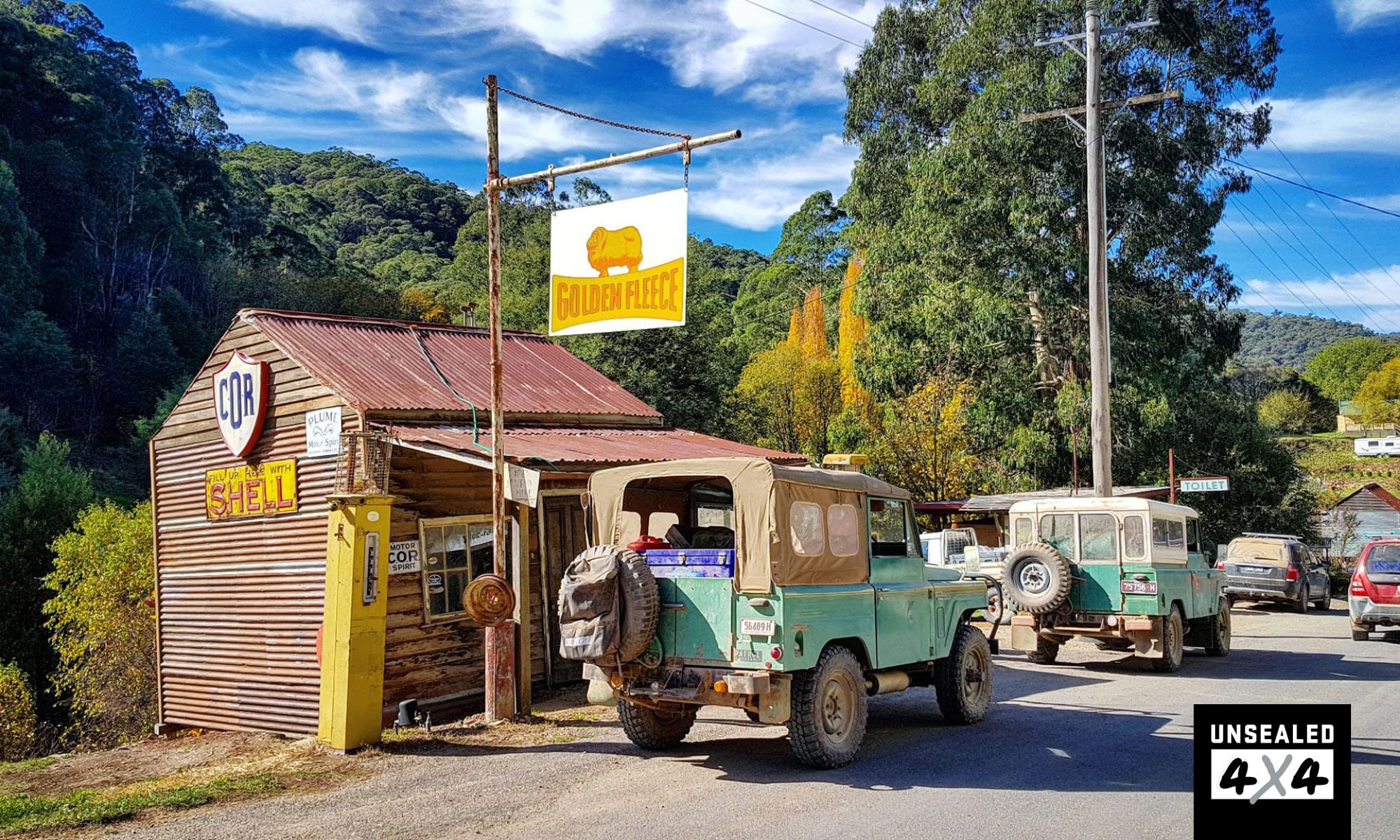 MH: To help facilitate the ‘belated birthdays’ to the original G60, a ‘parts’ car came home – a 1979 G60. The plan was to build two from one for my first car when I got my licence. Where things went a bit skew-whiff, is that the ‘new’ G60 was in better nick than the original … so, I did what any self-respecting G60 restorer would do; I chased up a new parts car, for the new G60. I’m guessing you can see where this ended up.

No more than a decade later, when I look back at the original farm Patrol, I think “Geez, it was a bloody rust bucket that would never see the road again, what was I thinking?”. One G60 turned into two, then into three, and now we’re up around 30 later and the passion hasn’t seized yet. If I could share one tip from my experience with G60s – if you want a project car buy a good G60 to start with, or every one you buy will be that much better than the last, and you’ll have 30 in no time. 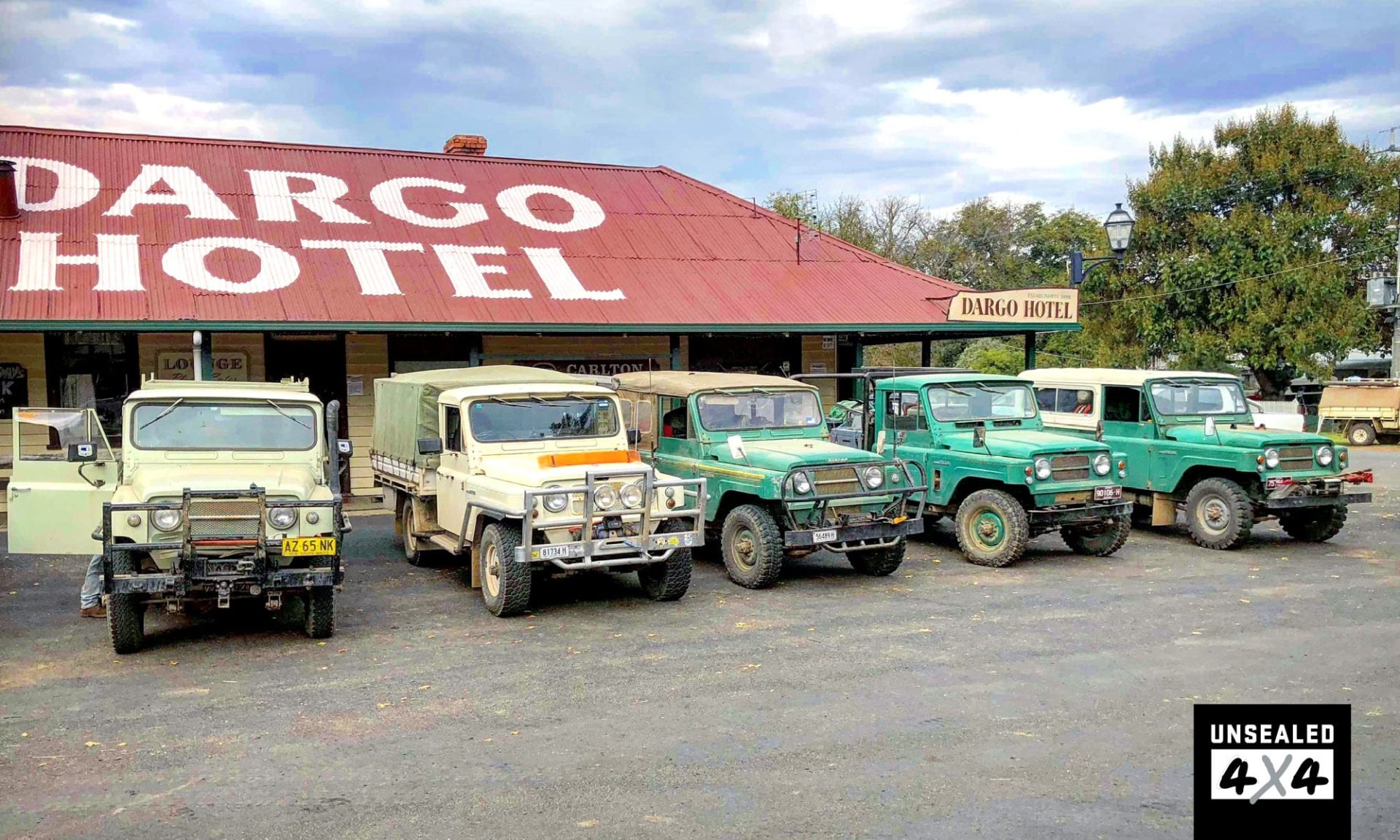 U4x4: Just how many have you owned?

MH: To be honest with you I reckon I’ve almost lost count of the number of old G60s I’ve owned over the years. The tally is up around the 30 mark now – pretty sure it’s 31. Some may say that’s a serious, uncurable disorder, but I’d tell them, it’s my passion and love for the old G60s. If I could save every one of ‘em, I’d give it a red-hot go. 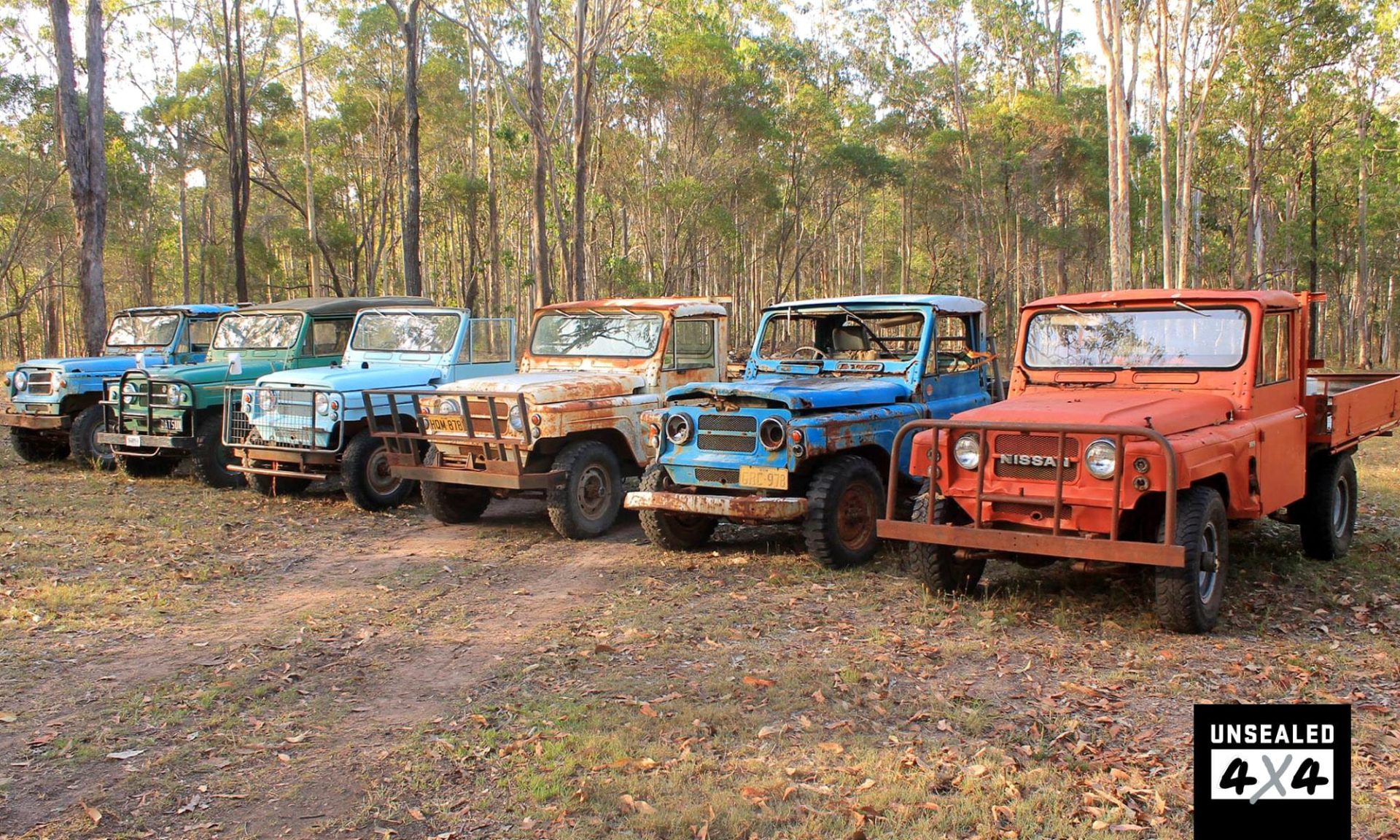 U4x4: Which one’s your favourite?

MH: There sure is: the green shorty. I bought it for $250; it was a reasonably neat, honest rig, despite having a seized engine. I actually bought it after my folks took off on holidays to the US. They left me with strict instruction not to buy any more while they were away. Suffice to say I left to pick the green shorty up 20 minutes after they had left the driveway! After lobbing the engine out of my original G60 into the shorty, it was done and dusted, and back on the road two weeks later. Not long after, she took me through 1000km of low-range driving around the High Country, which itself is a 1000km drive from home up near Grafton, NSW. MH: The blue ute would have to be my best one. It’s neat, straight and just has a tiny bit of rust in it that I’ll be getting to soon. I met an old bloke, John, about five years ago. He was a dedicated enthusiast like myself who I’d met through a simple parts swap. The years went by and we built quite a good friendship, then one day he sent me photos of this baby blue 1978 G60 ute.

From that time on I would always say to him, “One day I’m going to buy this ute off you John” – he knew how much I loved and wanted it. Couple of years later he set off on a motorcycle ride with some mates and sadly he never returned. He had told his wife that when he passed, she was to offer me the G60 first, so she got in touch, and his truck now has a special spot in the shed and my heart. 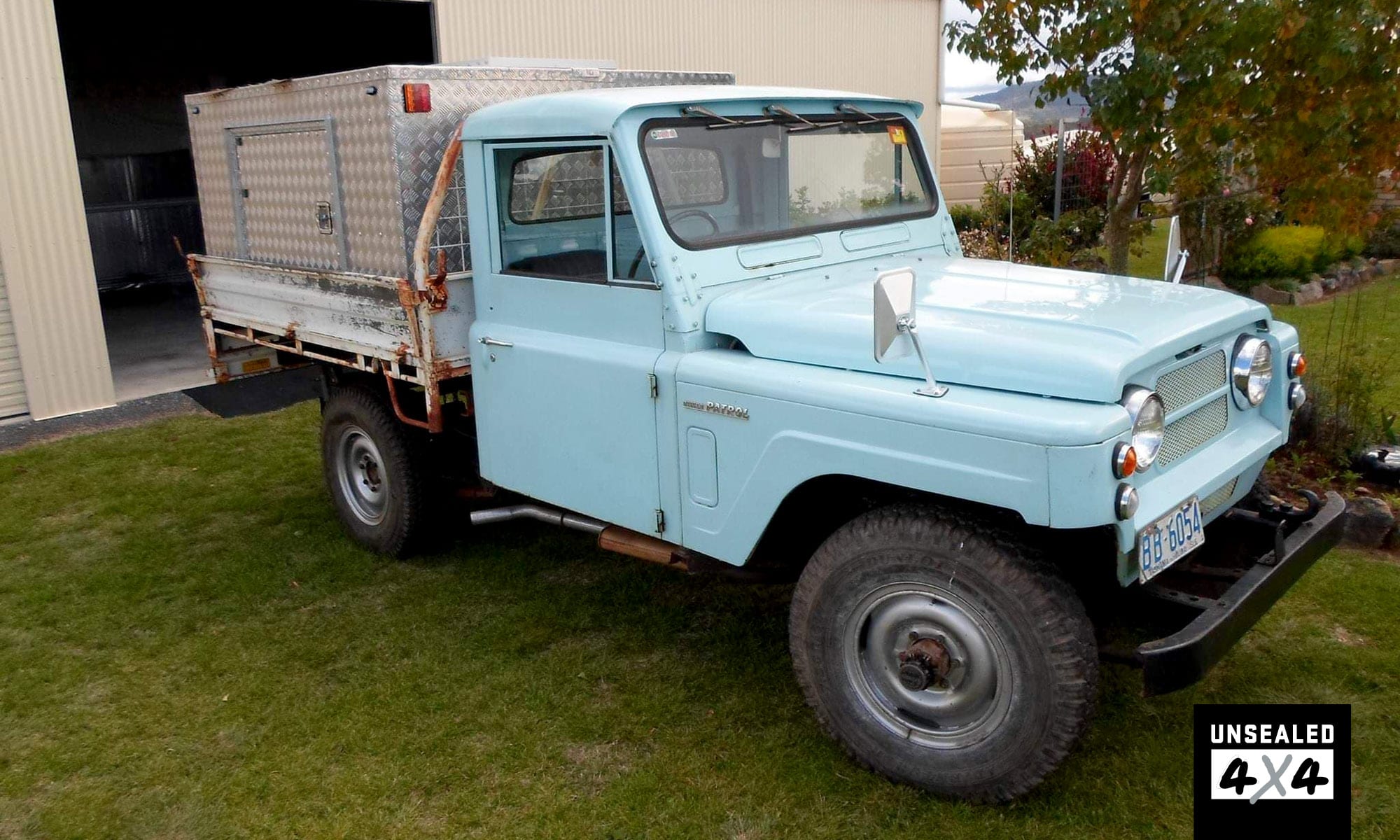 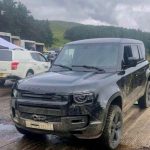 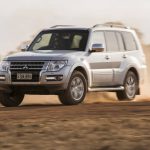