In more news that seems to tread the fine line between insanity and… well… insanity, Toyota have possibly made one of the most audacious business decisions we’ve seen out of any auto manufacturer. Where most major brands are adding features and specs to try and sway you to their showrooms, Toyota has taken the interesting approach of charging owners to use their keys.

You read that right.

From 2018 onwards, Toyota are including a whole host of features into their Remote Connect subscription. Now in Toyota’s defence; Remote Connect does include a while bunch of handy features that do require an on-going server expense on their end. Things like GPS tracking, calling 000 for you if you’re in a crash; And even checking that your windows are up while you’re in your swag listening to the rain. All that stuff costs money on Toyota’s end to maintain. Surely on the sales price of an $60,000 4×4 they could bundle it in. But there’s at least a decent argument there for why they charge extra.

But that’s not the bad part yet. Toyota have also tied the remote start function baked in to your Toyota’s key fob to the paid subscription. Even though this feature uses no servers on Toyota’s end, or even a digital signal. At the end of the three year trial period you can pay up, or lose the functionality. Models with a premium stereo system come with a factory 10 year trial period. Although it’s non-transferable so buying a 2nd hand Toyota even a few years old will see you digging into your pocket to re-enable a feature most other manufacturers include for free.

To make things worse again, the 3G network most vehicles use to run their on-board electro-wizardry through is being shut down. Many manufacturers are offering free upgrades to ensure vehicles will remain fully functional. Toyota are instead just disabling features.

With the 4×4 world waiting on Toyota’s reply to the new Ranger with baited breath we can’t help but feel this is a bad sign owners will be left overcharged and under featured.

Toyota Hands back $18,000,000 in Job Keeper Payments
Scoop The Drive for the full scoop 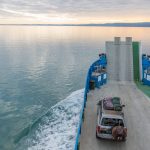 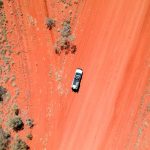