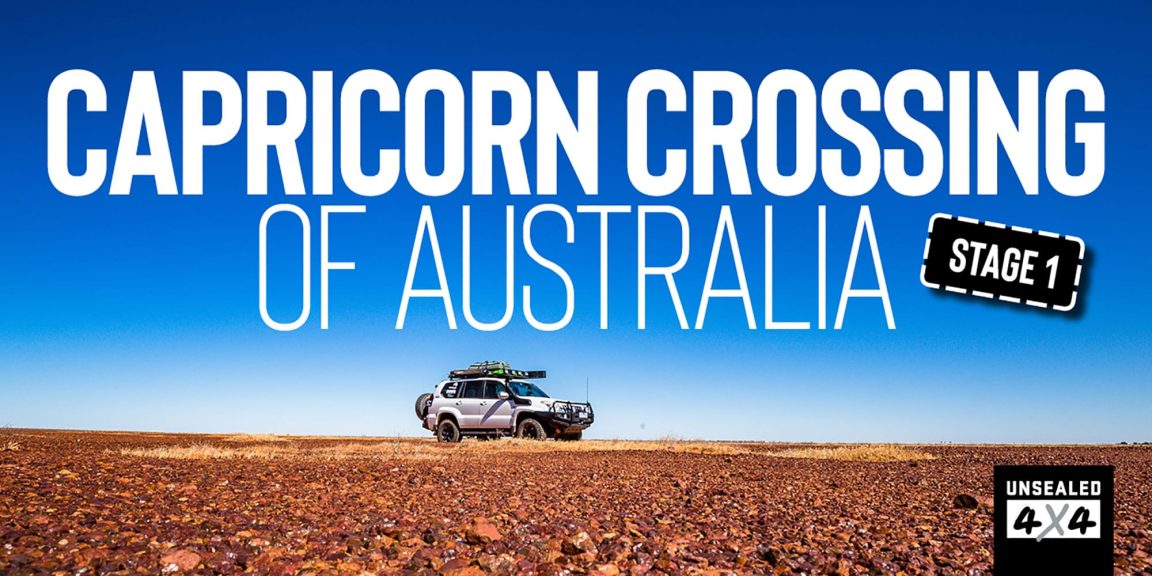 Following an imaginary line on a map

Words and Images by Glenn Marshall

Every man and his dog has crossed Australia from Byron to Steep Point, some have even tried to do it without touching the bitumen, so I wanted to do it differently. The Tropic of Capricorn was the ideal option because it travels through, past or to some amazing places, the temperatures would be better than winter in Melbourne and I’d get to drive from Rockhampton on the east coast of Australia and finish on the west coast on the Ningaloo Coast.

The Tropic of Capricorn is a line that dissects Australia, marked only on maps and the occasional sign; it is the most southern point in the world where the sun moves directly overhead. It also separates the torrid zone from the temperate zone and it’s one epic drive to follow its route. I was looking forward to the people that I’d meet along the journey – the drover, teacher, miner, backpacker, greeting card salesman, RVer or 4WD tourer like me.

I headed north from Melbourne and arrived in Rocky three days later. Trying to access the coastline where the Tropic first hits Australia was turning out to be extremely difficult, in fact impossible. I was able to hit the beach south of Keppel Sands to collect some of the waters from the Pacific Ocean in a bottle. The wind was blowing a gale and the water had lost its blue colour because of it. 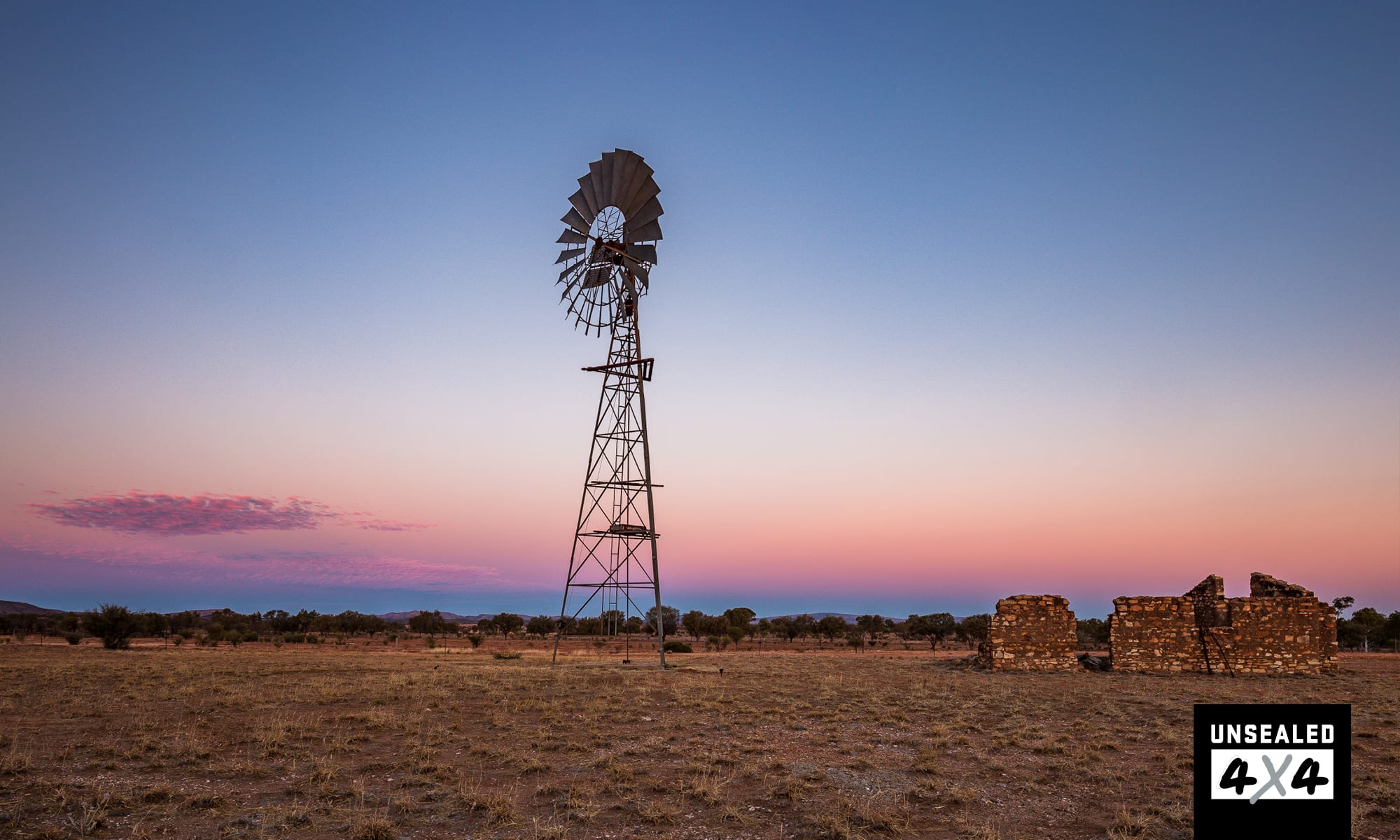 Once I’d snagged some water, I returned to the Rockhampton Visitor Information Centre where the spire out front indicates a point where the Tropic crosses. Inside, the volunteer was very knowledgeable on the topic and explained how the Tropic moves fifteen metres northward each year as they earth’s alignment changes and that in fact, the original monument was nothing more than a pile of bricks a kilometre or so south.

Currently the Tropic sits at 23.4 degrees and Hema Maps have that almost spot on, so I was comfortable that when I reached the line on my HX-1, I was as close as possible. It is bitumen all the way to Longreach, but you pass some astonishing mountain ranges and headlands. Once past Emerald, the Great Dividing Range is crossed, and the landscape almost instantly changes. I was happy to see several places to camp and roadside stops for breaks along the way. I nicked up through Sapphire as the imaginary line runs between there and Rubyvale. The sun was ready to set as I rolled into Barcaldine, and the recommendation by the caravan park owner to have a steak across the road was followed and wow, what a cracking steak cooked to perfection.

The road west towards Longreach was road kill highway with recent floods increasing the kangaroo and emu populations. Every time I saw a grouping of deceased ‘roos, I wondered if Mick had moved east. The Tropic dissects Longreach and there is a monument located next to the Council Chambers. From here it crosses the plains covered in Mitchell grass and creeks lined with gum trees. My next interception was to be on the roads in and out of Diamantina National Park. I headed cross-country and found myself on the Winton-Jundah Road before tackling the Old Cork Road just north of the Dinosaur Stampede at Lark Quarry. The next 62km I was shaken, not stirred, crossing Mueller Range; yep, the corrugations were big enough to swallow a Nissan Micra. The ruins at Old Cork hold historical significance and are also a great free campsite on a permanent waterhole on the Diamantina River. From Old Cork was a single lane gravel road 113km south to Diamantina National Park. Topping a jump up the view ahead was Mitchell grass plains and grazing cattle, looking healthy and ready for muster.

The tree-line to the right gives away the Diamantina River while the Nisbet Range sits in plain sight on the left. Patches of mulga and gidgee follow the creeks and channels and care must be taken with hidden washouts in the crossings. On Brighton Downs, I bumped into a cocky towing a bull catcher and he was keen for a chinwag. His 79 Series LandCruiser was heavily laden with a quad bike perched on the tray. If I didn’t still have a way to go, I would have put the billy on and enjoyed spending more time talking to this fella.

Rounding a bend, I was confronted by a mob of cattle being herded along the track. Eighteen hundred head was being relocated to the yards, ready for the road trains. It was a magnificent sight watching the crew on horses, whips cracking, voices raised, directing the cows to where they wanted them. I’ve added joining a muster to my bucket list! I crossed the Tropic just south of the Brighton Downs homestead, the Mitchell grass swaying in the breeze. From here it dissects the Diamantina National Park and I soon reached its boundary. The track out to Janet’s Leap was a doozy and I don’t know who Janet was or why she leapt, but I did gain great views across the Diamantina Gates. They are ‘gates’ as it is the closest point between the Goyder Range and the Hamilton Range where the Diamantina channels are squeezed into one to get through the gap into Hunters Gorge.

When in flood, it is a phenomenon worth witnessing as a wave of water rushes through the gorge. The sun was almost gone as I arrived in camp; a quick set-up was the order of the day and dinner was cooked in the dark for the first time on this adventure. Awoken by the crows telling me to get up, I quickly packed and then explored the 90km self-drive circuit through the park before pointing my nose towards Boulia. A few kilometres north of the Springvale Homestead and I returned to the torrid zone, crossing the Tropic for the fifth time so far. It’s funny as it wasn’t until I researched this trip that I realised the number of different places the Tropic of Capricorn touches in Australia and I was still only going to reach some of them.

For a pit stop, Boulia has a lot to offer the tourer with the usual fuel, bush-style supermarket and corner pub, but it also has a cash-only caravan park, the Min Min display and an old stone hut, well worth checking out, from a time long before me. My next encounter with the Tropic had me excited. I followed the Donohue into Western Australia, camped on lush green grass at Tobermorey Station before tackling the Plenty Highway to Jervois. Now the conditions on the Plenty had improved from my previous travels, so I reached Jervois in no time. 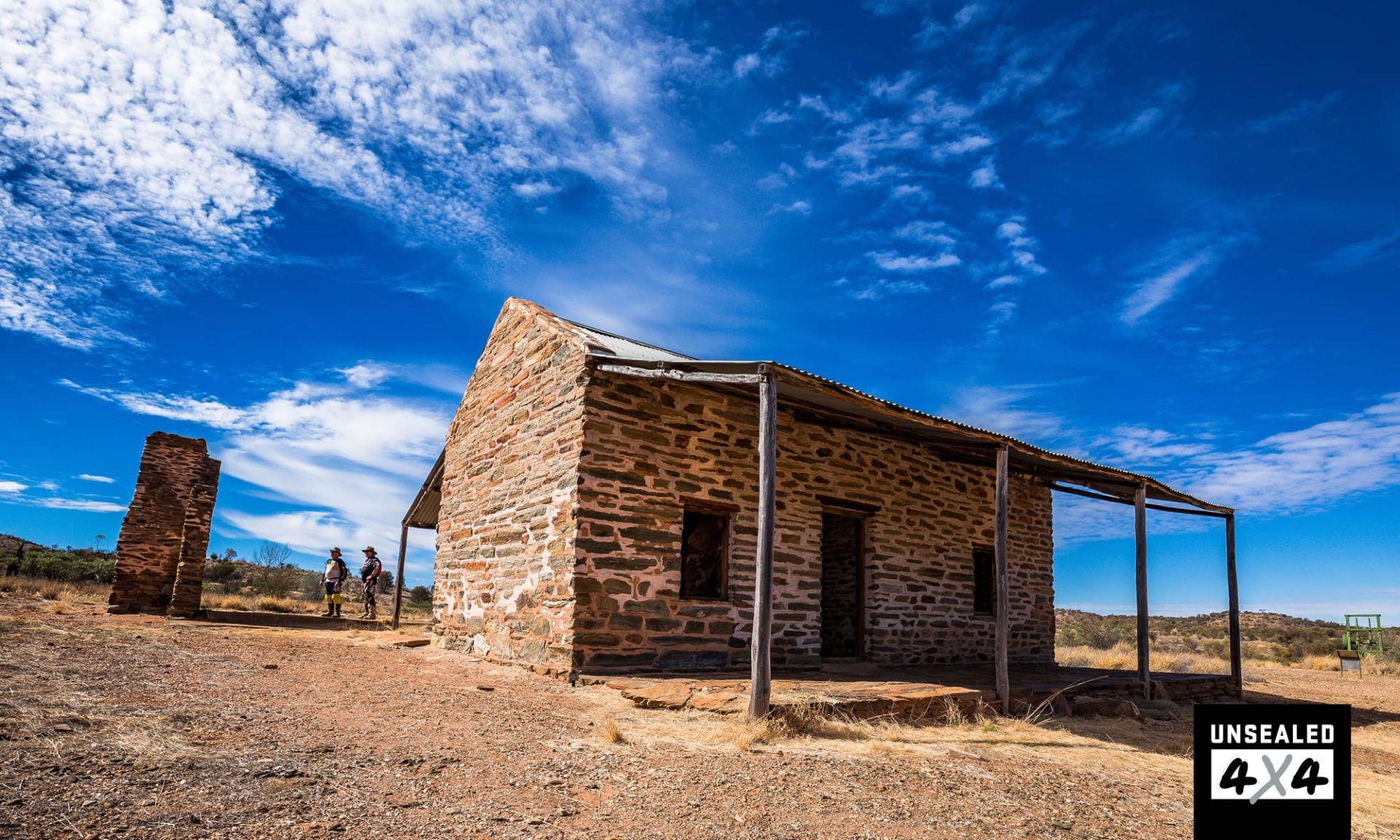 Topping up my fuel, I then drove 80km of cracking corrugations to arrive at Batton Hill Camp with lots of daylight left. A couple of adventurers that I’d met at Tobermorey lobbed up and we enjoyed a night of laughs around a roaring fire. Even the donkey was lit, but only Rob and Donna were game enough to shower in the dark. I hit the swag and slept like a stone in the Gibson Desert.

The alarm woke me from my slumber and I enjoyed another sunrise before heading south down the Hay River Track. Brainchild of Jol Fleming, a Red Centre 4WD legend, and traditional owner Lindsay Bookie, the track runs from Batton Hill Camp to Poeppel Corner through some of the best parts of the Simpson Desert. I only had to travel 44km until I reached the Tropic and a sign placed there by Andrew Harper in 1999 when he became the first person to the Tropic with three camels – legend!

With two crossings left before I reached Alice Springs and the end of stage one, I continued along the Plenty Highway before taking the magnificent Pinnacles Road through the Fergusson Range and down to the Arltunga Tourist Drive. At the historic Arltunga Historical Reserve, I reached the Tropic at the crossroads where once a pub, a bakehouse and a couple of other indistinct buildings used to be. All that’s left are some walls from the old bakehouse. I retraced my steps and arrived at Hale River Homestead on Old Ambalindum. This was paradise with perfect surrounds. I was hosted by Lynne and Sean and they really looked after me; a bed in the old homestead and home-cooked dinner in the shed with other guests – it was a great place to end the day. Having been fed breakfast and sent on my way by Lynne, I followed the Arltunga Tourist Drive 93km to the Stuart Highway. Back on the blacktop, I soon reached one of the few designated points on the Tropic. The carpark was full of backpackers and after taking a shot of Harry climbing the spire, I continued the final 30km into Alice Springs. Stage one was a blast, but stage two will blow it away.

DESTINATION DETAILS
WHERE: This stage has taken me from the beach at Keppel Sands near Rockhampton, Queensland to Alice Springs in the NT.

SUPPLIES & FACILITIES: Fuel is available at most towns and stations. Supplies are available at all towns on the route.

CAMPING: Best bet is to check out the WikiCamps app or Camps Australia; they show all the campgrounds, caravan parks and station stays on this route.

BEST TIME: Milder months from May to September. Once off the bitumen, most of the roads have been well-maintained, mostly due to flood subsidies bringing in the road crews. Care should always be taken and a tyre gauge, air compressor, plenty of water and a reserve of supplies are a must.

PERMITS: You will require two permits to access Batton Hill and the Hay River Track – click here to find out more. 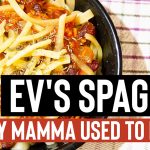 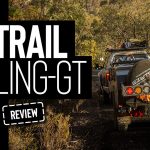