One bloke who puts most of us to shame when it comes to building our dream 4X4s. No more excuses.

Something has to be said for those out there who don’t give up; the kind of people who get stuff done without the excuses. Meet Shaun Worden and his custom 2012 HiLux SR dual-cab. In a little less than a year Shaun has modified the vehicle from stock, doing most of the work himself, and tackled one of Australia’s most popular off-road destinations… all from a wheelchair. Searching for deadset inspiration?
Look no further.

Shaun picked up the 2012 dual-cab ’Lux at the end of 2014 with only 32,000kms on the clock. Back then the only modifications were a Toyota steel bullbar and an ARB rear step – both of which have since been replaced.

It was an adventure from day one; Shaun had picked the vehicle up in Adelaide and had nearly 3,000km ahead of him just to get back home to Townsville. The long drive proved to be an essential part of the build process. Time behind the wheel let Shaun dream of all the things he could do with the new rig, while dirty fuel and boggy dirt-track shortcuts put a few necessities on the list.

This model HiLux is a popular starting point for many, with an endless supply of bolt-on mods readily available and a strong community of like-minded enthusiasts ready to offer advice. Of course, it doesn’t take a HiLux aficionado to notice the transformation Shaun’s rig has undergone. The black painted bonnet and dark tinted windows are the first signs of a long-distance tourer – but the heavy-duty bar work hints that this is one ute that’s built for more than just a scenic drive.

Protection up front is taken care of by a tube-style Axis bullbar, while Buds Customs sliders protect the sills. A common weakness, especially on the newer Toyota off-roaders, is the low-hanging sump and gearbox – so a heavy-duty Monster Rides bashplate was installed. The chunky steel slab replaces both the original gearbox cross-member and the factory-issue tinfoil sump guard for a big step up in protection.

Many make do by just chip-tuning stock engines, but this rig has a little extra grunt thanks to a Munro Racing turbo, 3in turbo-back exhaust from Redback, and 4.11 cogs in the diff. “It started with the chip and exhaust, then I decided to get the turbo as well,” Shaun tells us. “It makes a big difference, and a new intercooler is on the way.”

Getting all that grunt to the dirt is made easier with 33in Nitto Trail Grappler muddies, which fit just a little bit easier thanks to custom flares and lift. After doing his research, Shaun opted for the 3in Matrix lift kit with Monster Rides upper control arms, progressive bump stops and droop limiters.

Inside the cab is an off-road driver’s paradise. Pillar mounted Redarc gauges keep tabs on essentials like EGTs and boost, as well as oil, water and transmission temperatures. Top of the dash is a Hema HN7 to keep the bonnet pointed in the right direction. The Hema unit is also the display for the reverse camera, with a dash-mounted switch allowing the camera to be used any time to check on trailer couplings and tailgaters. Further down is where you’ll find the fun stuff: A mode selector for the Unichip, and a Pedal Torque controller to change the throttle sensitivity. “I haven’t used the Pedal Torque as much since the turbo install,” Shaun mentions, “But it’s great to wind it right down for smooth crawling.”

Few will disagree that a high-quality sound system is an essential modification for a 4WD. Regardless of the breed, factory-issue speakers just don’t do justice to any music style and struggle to be heard above the roar of a well tuned, turboed and exhausted diesel engine.

Theme music for Shaun’s unsealed adventures is brought to life by an Alpine amp powering Polk Audio splits up front, and a Rockford slimline sub hidden behind the seat.

Out back, the factory tub was ditched in favour of a custom job built by Shaun himself. The canvas covered steel frame provides protection for his wheelchair and a monstrous 75L Ironman 4X4 dual compartment fridge to keep everything ice cold. Finding a drop slide for such a massive fridge proved to be a challenge; a traditional drop slide simply wouldn’t be able to handle the weight. As is often the case, custom-built was the answer. Shaun sketched a design, then handed the task over to his local engineering mob to finish the job. The result is pretty cool. A 10-second buzz of the rattle gun drops the fully-loaded fridge down next to the rig. Smart camping at it’s best.

Under the custom tray is a drawer for all the extra recovery essentials, while up top a Rhino tradie bar track provides tie-down points for a high-lift jack, traction boards, and the rest of Shaun’s gear.

Preparing a vehicle for off-road touring usually involves installing extra lights, fridges, and all the extra gadgets we love. The result is often a mess of wires going all over the place. As well as being a potential fire risk, it just makes it bloody confusing to try to fix anything later on. A sparky by trade, Shaun kept everything neat and tidy by running power to the tray and installing a custom switch panel for all the extra camp gear. Here you’ll find switches for camp lights on all sides as well as accessory sockets for anything else. Back in the cab, there’s a switch to cut power to all that extra stuff – making pack-up even easier.

As tough as this HiLux is, the bloke who built it is even tougher. Shaun’s love of the outdoors started out as the single-track kind on two wheels, but a motorbike accident in 2012 left him with a broken back and in a wheelchair. The HiLux build gave Shaun a way to still enjoy his fishing and camping, and something to take his mind off the prang. “Most of the work I’ve done myself,” Shaun mentions. “It’s kept me sane while I recovered and helped me to realise what I can still do.”

Soon after the build was completed Shaun and girlfriend Marina left for a three-week trip to Cape York. “The HiLux was unstoppable and showed up a lot of bigger cars,” he says proudly. “We met some awesome people and I managed pretty well in my wheelchair.”

Shaun’s not done yet, with another trip already planned for later this year.

So there you have it. Where some would reluctantly kick the off-road habit and occupy their time with a less adventurous hobby, Shaun built a vehicle to suit his needs and got straight back out there. No more excuses… get out there and explore this amazing country.

Words and Photography by David Vayro 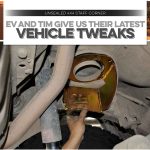 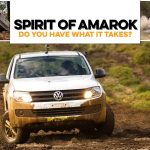