So new it doesn’t even have a name yet… we take Cub Campers’ freshly-designed prototype out bush to find out if you should believe the hype.

I’m going to put it out there right off the bat – I’m a big fan of Cub Campers. They’re simple, well made, easy to set up and pack down; they have everything you need in a camper and are able to be towed anywhere you like. They’ve been around for about 400 years now, pioneering the classic and the often imitated rear-fold hard floor design which hasn’t changed much… until now.

We were lucky enough to get our hands on Cub’s prototype forward-fold trailer that’s set to be released for sale later this year. It’s a completely new trailer that’s markedly different from what we’ve come to expect from the brand – so we were pretty excited to get this thing out in the bush to see what it could do.

Given that it’s a prototype, the guys were keen to point out that a few things still need tweaking and will be changed on the production model (which is due out in October). Sure, there were a few things that were amiss, but I’m not too worried; this is a company with a solid reputation for quality products so I’m confident the production models will be pretty polished.

So apart from the obvious opening configuration, what’s new with this thing? The frame has been redesigned with the drawbar rails continuing down the entire length of the camper – the idea being to increase strength and off-road flexibility. The Cub engineers tell me that all of their other trailers have suspension that’s designed and built in-house so it’s interesting to note that this one has an independent coil and shock combo from well-known trailer accessory manufacturer Alko. After putting it through its paces off-road, the new frame and suspension actually work very well together. The trailer easily followed our Troopy (over terrain that saw both lockers engaged) without a drama.

As for the set-up and pull-down of the camper, as you’d expect it’s not difficult. The only reason I don’t call it ‘easy’ is due to the fact that the gas struts that assist in flipping the bed over weren’t the correct ones for the application on the prototype. Not that it made things overly hard; the lid both opened and closed without the need for the front or rear winches, but it did require a little muscle to get things working. Again, it won’t be an issue for the production models.

Once you’ve released the three clips on either side of the trailer and dropped the Alko support legs, flip the roof over to get the bed into position. From there it’s a simple matter of pushing out three canvas support poles inside the camper and you’re ready to crack open a beer. Even with the under-gassed struts, the whole process took me little more than a couple of minutes, and that’d only get quicker with an easier-opening unit.

I’m a big fan of the use-of-available-space in forward folders, and this one is up there with the best of them. There’s a ready set-up U-lounge that was missing a hard-mounted table on the prototype… but I have it on good authority that there will be one in place by October and, even better, the table will telescope downwards to form a base for a second double bed – making this perfect for those who travel with the tin lids. The main queen bed is easily accessed thanks to a drop-down step (which admittedly could have been a little wider) and all of the curtained windows can be opened up to let a heap of light and breeze in. The dinette area can be further opened up with the door and walls being able to be rolled right up, allowing the area to be used as an undercover-but-still-outside area which was fantastic on our beach trip or if you’re travelling up north.

As with just about every camper trailer these days, all lighting is LED and the interior strip light also has a dimmer (which is an excellent inclusion, I reckon… nothing worse than getting up in the middle of the night to answer nature’s call and you flick the light on and your trailer turns into a 7-11, blinding you and waking up the whole family).

While we’re speaking of lights, I would’ve liked to have seen an external light for cooking and general visibility; hopefully one will make its way on-board over the next few months.

There’s plenty of storage both inside and outside the trailer. There’s a roller bearing pull-out slide on either side – one for a fridge and one for a generator, second fridge or any other bulky item. Two huge slide-out storage drawers will keep everything from cooking utensils to recovery gear well organised and easily accessible. The stainless kitchen is located down at the rear of the trailer and features Smev twin-burners (fed from the twin 4kg gas bottle holders on the drawbar) and a sink that’s hooked up to an electric pump and the 80L water tank. While the prototype was missing an awning, with one in place it’d be a comfortable place to cook a meal or kick back in the camp chair and say, “How’s the serenity…” to yourself a few dozen times.

The electrical system is stored on the driver’s side at the rear and is powered by a 100AH deep-cycle battery that runs both 240V and 12V outlets dotted throughout the trailer. The whole show is overseen by a Redarc battery management system that can be monitored via a digital gauge and also allows for solar input should you stay in the one spot for a few days and want to keep the amps flowing.

So let’s be honest here. There are more than a couple forward-fold trailers on the market these days – is this one that much different to the rest?

The thing is, Cub Campers have always just worked. The quality and fit and finish are right up there and in terms of sheer practicality they’ve always been hard to pass by. Sure, this one is a few grand more expensive than others; but it’s still below that magic $30K mark and, perhaps more importantly, this one is 100% Aussie designed, built and owned, and has used Australian products wherever possible; and the product is backed up by Cub’s after-sales service. To me, that’s worth the slightly higher asking price… that and the knowledge that I reckon I’d still have one of these trailers 20 years down the track. 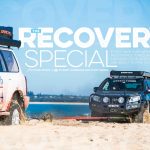 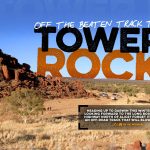