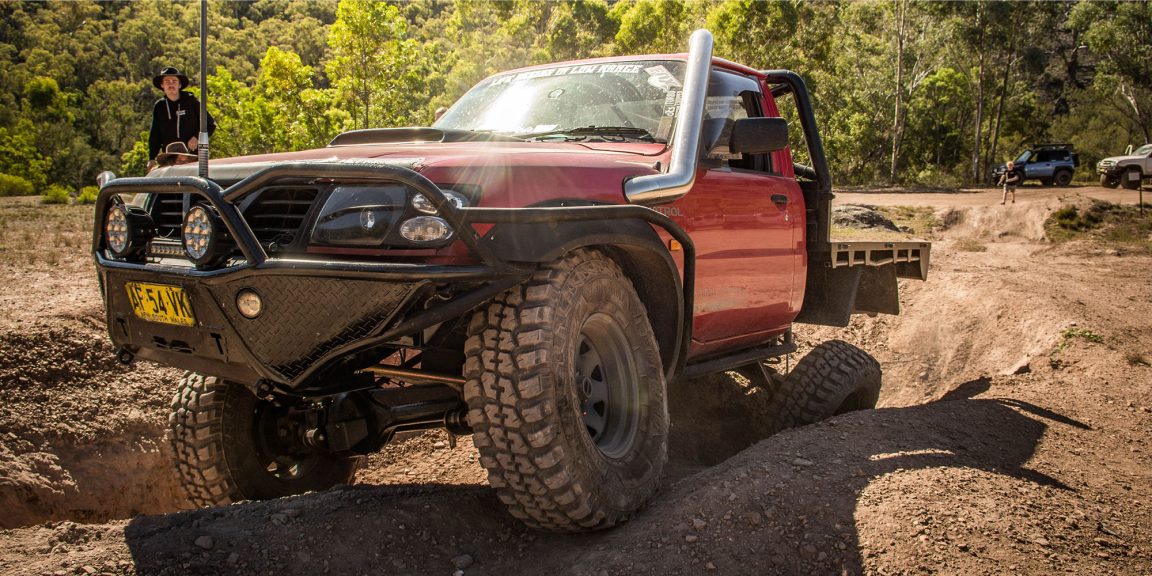 This is not your average GU Patrol! Jack has painstakingly transformed the Nissan into what can best be described as a slinky! Superior 5 link in the rear with long arms and strengthened uppers, it’s running a 5-inch lift with braced diffs (and a locker in the front!) alongside some enormous Fox remote res shocks and hydro bumps. Like most Patrols should, it’s had the coil tower brace done and he no longer has to worry about things giving way when he is trying to force the 37s through the inner guard. The 4.2L has a HPD top mount and a 3-inch straight through bolted on to avoid high temps while on the highway. Custom bar work all-round protects the Patrol from both panel damage and kamikaze kangaroos. Now that the Patrol is kitted out, a trip up to Moreton Island and some exploration of the harder tracks in the Glasshouse Mountains is on the agenda for early next year. Send through some pics of the GU eating up Little Red, mate! Surrounded by friends and family driving Patrols and ‘Cruisers, the decision to go with an IFS dual-cab was always going to be a little bit left field for Jack. Nevertheless, he hasn’t looked back since picking up the BT in 2014. He fitted the exterior with some sliders plus bar work at either end and upgraded to a set of 33s. This allowed him to get a feel for how the vehicle performed off-road and confirmed that he wanted to build up the BT-50 into a capable camper for trips throughout South East Queensland. Fitting the rooftop tent to the tub required some custom fab work, carriers and holders to mount the rest of the camping gear. The 12V system is contained within a Rhino waterproof storage box for ease of access as it can slide on and off in a matter of minutes. Smartly, the bulk of the weight sits over the wheels, not at the far end like so many other dual-cab tray setups. A great deal of thought has gone into the tray, right down to the hidden air tank, LED lights and quick outlets for tyre inflation into the rack. He tells us he has been consistently surprised by the BT, through the High Country, Cape York and Fraser Island! Sounds like you are out enjoying the effort you’ve poured into the rig mate, keep us up to date with your travels! 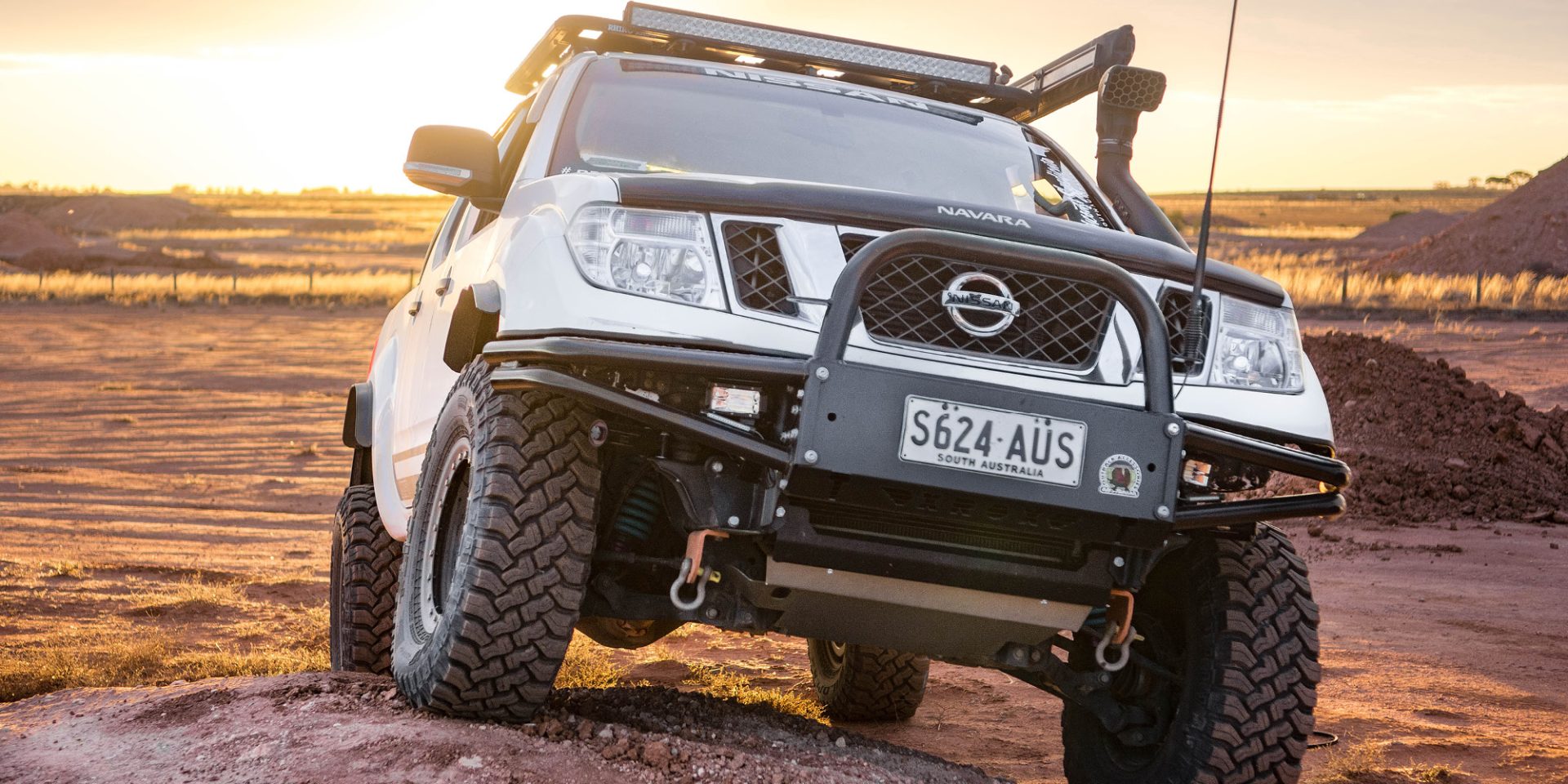 Damien picked up this 2012 Navara in mid-2016 and hasn’t looked back. The YD25 has proved reliable with the addition of a Forefront Industries intercooler and 3-inch straight through pipe. A much needed remap on a Willall Racing ECU has pushed out 130rWkW and over 650Nm, turning the 33s with ease! He slipped a straight through exhaust system underneath, along with a Dobinsons MRR lift kit and a sneaky body lift. A Rhino platform adds some extra storage space for those longer trips, something Damien wants to do a lot more of. Local to Northern Adelaide, he often frequents some of the fantastic beach 4WDing South Australia has to offer for a weekend camp around the fire with mates. Future mods for the Navara include a fully enclosed canopy and dual battery system for extended touring and a front e-locker for when he wants to push the limits! Damien reckons she suits his needs perfectly, without going over the top – and we couldn’t agree more. She’s a tidy ute, mate! Robbo needed something with a little more poke to pull his new camper, so he parted ways with the GU grenade that had already pulled the pin once and upgraded to the V8 100 Series ‘Cruiser. He squeezed a few extra horses from the big V8 after adding a 3-inch exhaust and 4-inch stainless snorkel, as well as gaining a much better sound and the odd whiff of smoke from the 35s. The 3-inch Dobinson lift and a winch up front let the ‘Cruiser take the tougher lines following the solid axle rigs on weekends! The second battery is tucked away in the amazingly well-built homemade rear draw setup, running the fridge and lights while camping under the Foxwing awning (which he says is a must-have!). After putting on the colour-coded front bar, he is now waiting on a set of Raslarr sliders and a custom-made dual rear swing-away to complete the bar work. Refusing to let the diehard diesel fanatics tell him it’s impractical to tour in a petty, he has set the comfy tourer up ready to explore everything NSW and the east coast has to offer! 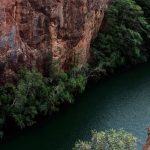 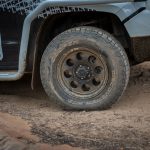