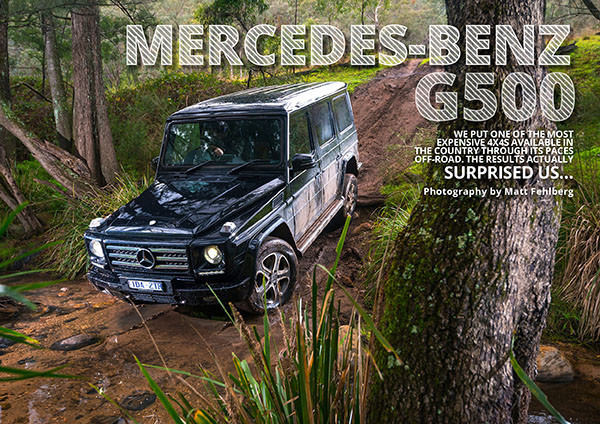 Solid axle 4x4s are a dying breed, soon to be relegated to the history books for their poor handling and uncomfortable ride; at least that’s what the Japanese manufacturers would have you believe. Unfortunately for them, Mercedes-Benz have made the whole country of Japan look foolish with one fell swoop. Sure, the swoop might have started way back in the late 70s, and might cost more than a modest three-bedroom house anywhere outside of Sydney or Melbourne, but the point still stands. The solid axle is alive and kicking.

Through luck, or poor judgement from some naive marketing executive, we were recently handed the keys to a black 2015 G500 G-Class, more commonly known as the G-Wagen. The plan was simple, we’d fill the back with food, the tank with fuel, and hit the back-roads out of Sydney to the mid-western region to give the G500 a hiding it would never receive again, no doubt destined for the secure garage of an inner city dentist, rather than the wide expanses of hostile desert it was built for.

The G500 is a bit of a bastard child in the luxury 4X4 market. The remnants of a vehicle designed for the military over 40 years ago, and clocking in at a not-insignificant $179,896 on road we were apprehensive at best, expecting nothing more than the automotive version of a pig adorned with lip-stick. We were blown away.

It’s an odd platform to build a luxury vehicle, an even odder platform to shoe-horn a 285kW 5.5L V8 into. Especially when you consider for the same sort of money you could purchase six modern dual cab utes, or a vintage Porsche 911 and fully optioned 200 Series LandCruiser with cash to spare. But that’s kind of the appeal of it. It’s absurd, over the top, an affront to sensibility and frugality, sure to have accountants and angry wives baying for blood. Fortunately, with a little pressure from your right foot they’ll be left behind, drowned out by the aural porn of a German engineered V8 roaring through the tuned-length twin exhaust systems.

The G500 can’t be measured against a normal 4×4, it isn’t one. It’s the off-road equivalent of a Lamborghini, a Ferrari with a transfer-case. While a LandCruiser may be pieced together by a team of engineers, drafting boards, and computer aided design, the G500 is built around the senses. The exhaust tuned for perfect sound, rather than perfect power. The interior feels every bit as luxurious as the Mercedes road-cars, despite being stuffed into what is essentially a smaller version of a Unimog, it’s a car for enthusiasts, not for those who view a 4×4 as nothing more than a tool.

Rolling through the winding country-roads and switch-backs on our way to Mudgee, the G500’s V8 responded effortlessly with every input of the throttle. A quick bark from the exhausts as it blipped down a gear built into a roar as the revs climbed, effortlessly overtaking countless grey-haired nomads in their beige tow-vehicles and equally boring caravans. Peasants.

The suspension effortlessly soaked up every corner, no matter how hot the German brute entered, something remarkable when you consider it has essentially the same suspension setup as a GQ Patrol, solid axles, radius arms, and coil springs. A true testament to the fact tuning, and the right combination of components can make any 4X4 handle, even an ex-military vehicle 30 years past its prime. While the suspension impressed us on road, it was equally impressive off-road. It was never going to win any awards on a flex ramp, but twisted and contorted as we piloted through the rocks and ruts, on-par with any of the main-stream solid axle offerings from other manufacturers. The ground clearance was one major setback, and while an off-the-shelf bolt in lift kit may rectify this, it’d more than likely come at the cost of the G500’s cornering prowess. When you factor in the G-banger comes rolling out of the show-room floor with front and rear diff locks, and a centre diff lock for the full time 4X4 arrangement it’s obvious that underneath the perforated leather seats and billet aluminium door handles is a serious off-road machine, just as capable as literally anything else you can buy. But with a little more lip-stick on than others.

Despite the eye-watering performance and luxury that would have a Saudi Arabian oil tycoon feeling embarrassed, it is obvious the basic design is still pushing 40 years old. The leather wrapped dash is compact and angular to afford a semblance of leg room. The transmission tunnel occupies enough real-estate up front it feels a little rude it’s not chipping in for a portion of the price tag.

The hinges and hardware are exposed, as are the door latches. Yet inside is crammed with the latest and greatest in refinements. The doors shut with a definite thunk, the steering is responsive, brakes ample, even the steering wheel alone felt it was worth more than anything I own.

It was as if someone had bought a H1 Humvee and had it completely rebuilt from the ground up by Bentley, the performance and comforts of a supercar, the rugged ability and styling of a military vehicle.
Look, it’s obvious the G500 isn’t for everybody. It’s loud, brash, over the top in every way conceivable, offensively expensive and if it had come from any other manufacturer would feel just a little tacky. But there’s nothing else like it. If you baulk at the price, there are better 4X4s you can buy. If it seems reasonable to you for one of the most entertaining vehicles on the market, you won’t be disappointed. 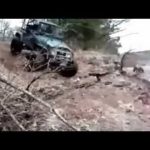 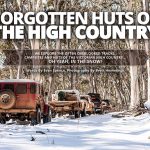