One could be forgiven for thinking a thousand asps are hissing on the lower deck as we motor out from Brisbane across Moreton Bay.

Instead, it’s those eager to hit Moreton Island, the third largest sand island in the world, releasing air and methodically checking tyre pressures.

It’s a location you’ll not want to visit briefly. The reasoning is simple: there is a large amount of beach driving. You’ll need to accommodate for tides, changes in plans due to erosion and the constantly shifting island landscape. Covering more than 17,700 hectares (98% of the island is national park), it is a remote wilderness. Tracks lead to secret bays, oyster farmers with bargain fresh buys, huge sand dunes and the historic lighthouse.

Challenging breaks are a drawcard for surfers, while years of scuttling and dumping of large vessels, tyres, and the Moreton whale chasers have formed artificial reefs teaming with tropical fish to amuse divers and snorkelers. Anglers should not be disappointed, either. Some of the waters are protected by marine national park, so grab a copy of a map before you throw in a line.

The sand hills are the best and most accessible in Queensland. Sand boarding and tobogganing have become favourite pursuits. Driving on these hills is not permitted.

Most drive onto Moreton at Tangalooma Wrecks on the western side. It’s the busiest of only two vehicle entry points on the island. Once on the island you have two choices: head north along the beach or go south to The Desert, a huge sand blow and another popular location for sand tobogganing and boarding. Tangalooma Island Resort was once the site of the largest whaling station in the southern hemisphere. In 10 years of operation 6277 humpback whales and one blue whale were processed there (see breakout).

Within half a kilometre north is Middle Road which leads to the eastern beach and should not be taken by those towing a trailer. The trip northwards is broken by high tide bypasses around Cowan Cowan and Cravens Creek – this stretch of beach has some great camping. You have to exit the beach at Bulwer. If towing a trailer, turn around and approach from the north as the turn is sharp and powdery.

The track north divides with a side trip leading to the wilds of Tailor Bight before arriving at Cape Moreton. For first timers, the views down the beach and out over the ocean are truly stunning.

Standing guard 23 metres high is Moreton’s lighthouse – Queensland’s oldest lighthouse  – built in 1857 by civil prisoners using local sandstone. A cottage is used by the Queensland Parks and Wildlife Services as an information centre.

Then it’s onto the eastern beach for one brilliant drive. South of Spitfire Creek to Mirapool, fishing and camping is permitted. Blue Lagoon, Moreton’s largest lake, has a camp ground with toilets.

Middle Road joins eastern beach south of the Eagers Creek. From here there is virtually nothing ’til the Little Sandhills.

Mirapool, an important wading bird and fishery habitat, marks the end of your journey south. A track leads inland to the village of Kooringal, also the landing point for the barge from Stradbroke Island. The Gutter Bar has become a popular stop for a coldie.

From Kooringal you have two choices: retrace your tracks or attempt the western beach route to Tangalooma Resort – though be prepared as it’s often inaccessible and local knowledge is invaluable as you’ll be driving though foreshore flats that are only passable at low, low tide. This is the section that causes the most grief. Most will get through comfortably to the Big Sandhills.

It’s not hard to see why Moreton Isalnd is considered the crown jewel of Moreton Bay.

GETTING THERE
Moreton Island lies 40km offshore from Brisbane. A vehicular ferry operates daily from the mainland. The ferry has air hoses for re-inflating your tyres on your return journey.

Accommodation options vary from remote beach camping to holiday houses and the resort. Camping permits are required, fees apply and bookings are essential.

Permits
A Vehicle Access permit is required before driving on Moreton.
Tel 13 QGOV (13 74 68) or visit nprsr.qld.gov.au

Moreton Island’s Tangalooma Island Resort was once the site of the largest whaling station in the southern hemisphere.

The end of World War II saw the price of whale oil and products skyrocket. There was big money to be made. With the Commonwealth Government’s backing, whaling commenced in June 1952, with the first humpback whales harpooned: two males and a female. In the 124 days of the first season the station processed 600 whales.

Moreton Bay was the ideal location to hunt these giants of the deep and the whales proved easy prey. Being slow moving (they average a cruising speed of four-to-five knots), they are naturally curious creatures and unlike other whales they tend to pass close to land on their migration, enjoying the deep bay water to rest their young on their return to their Antarctic feeding grounds.

The late ’50s saw the introduction of vegetable oil and the price of whale oil started to fall. In 1961 whale numbers were radically reduced and while initially it was thought to be only a bad year it soon became evident that in fact there were far less whales making the annual migration.

When the whaling station closed in 1962, less than 500 east Australian humpbacks remained from a previous population estimated at 15,000.

Humpback whales were placed on the Protected Species list in 1965 and their numbers continue to increase strongly. 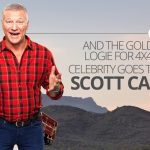 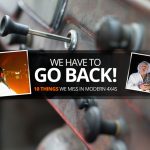