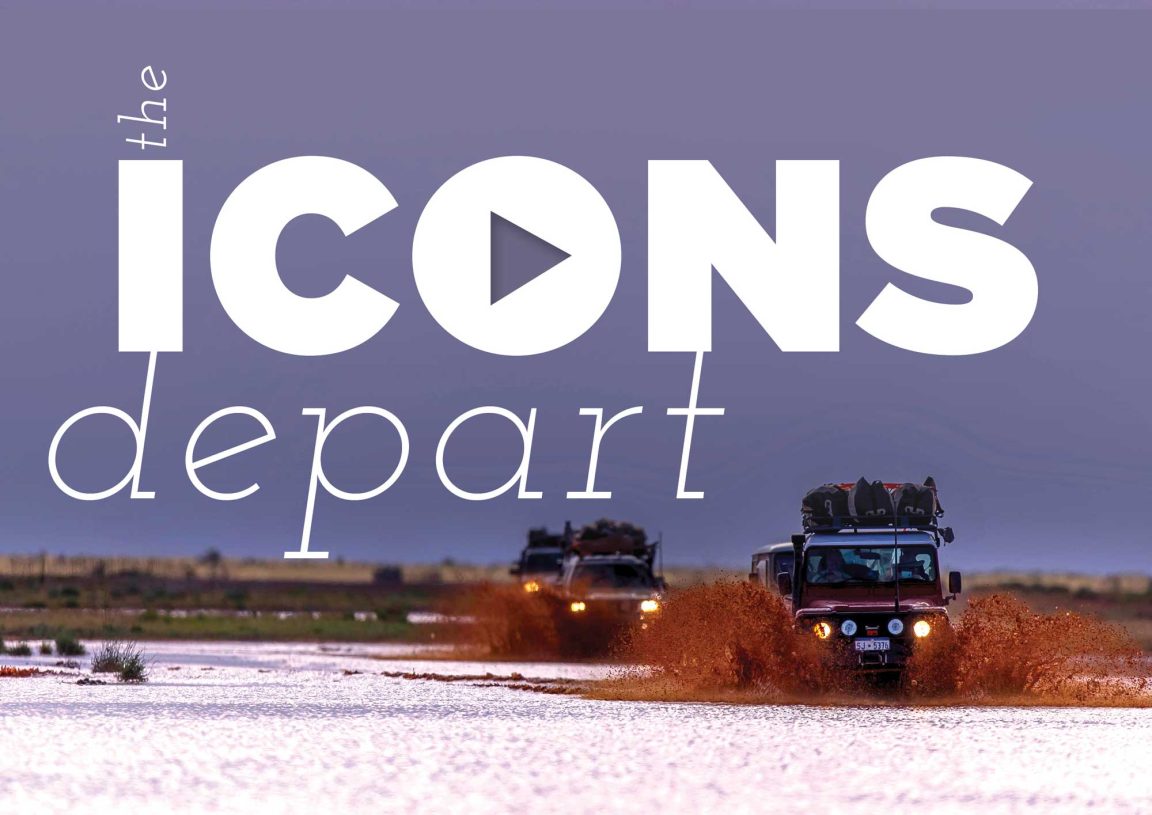 A journey with a difference: Step aboard ARB’s four Icon 4WDs and see the Outback like we’ve never seen it before.

The keys jingle as they fly through the air, clanging into my palm. I can’t help but feel the grin spread across my face. The keys are smooth and worn, like someone has taken a fine grit sandpaper to them. There’s no fancy buttons or logos; they’re just keys. I know what they’re for… the 1976 FJ40 in the car park. It’s not every day you get to jump into an old LandCruiser in Alice Springs, and start heading south. But, this isn’t every day.

It’s a simple one, really. ARB is marking its 40th anniversary with a bang. Sam Boden, ARB’s marketing communications manager, told me that plenty of ideas were thrown around for the 40th birthday – but the idea of finding and kitting out four iconic 4WDs, and setting them off on a huge trip through prime Australian Outback and desert country, was the one that stuck.

From that an idea blossomed into what we have in front of us… the ARB Off-Road Icons. A final selection of four 4WDs was settled upon (no easy feat, I’m told). Then, it was the simple (yet time-consuming) task of finding, fixing, re-fettling and accessorising them. Then there’s the trip, which is another matter entirely…

From a sagely four decades to a spritely 20 years old, the ARB Icons all represent fairly important and often pivotal changes in the Australian 4X4 scene. At the very least, they are all iconic. Three diesels, one petrol. One ute, one two-door and two full-sized wagons. They all sport live axles, and all are well capable of tough long-range touring with their additional bolt-ons. The very cool and interesting thing with these Icons is that despite their age, all of the gear you see on these units is still available from ARB… even the bordering-on-antiquated gear on the 40-Series.

This would have to be my favourite Icon, only because it is so much fun. The 4.2-litre 2F petrol powerplant, whilst thirsty, is surprisingly smooth and has plenty of torque. The FJ40 rides much better than you’d imagine with the OME suspension and a fair bit of weight on board, but you do need to be a bit judicious with the storage space. Dust and water got in aplenty, but I didn’t care. I was too busy having an absolute ball.

What a hulking beast this thing is. I hadn’t driven a TD42-powered Patrol a whole lot before this trip, so I was really keen to see what everyone gets so excited about. With an aftermarket Safari Turbo kit bolted onto this powerplant, it really is a great motor. A fairly moderate tune still gives you a great midrange kick, whilst that natural torque is still there by the bucketload. It’s a great engine for mowing down the kays and long-range touring, and it is also a pleasure in the low-speed stuff. The GQ’s long wheelbase and big body give tonnes of storage, and the suspension setup is both capable and comfortable.

You might not tell by looking at it, but the Defender is actually the youngest of the group here. And when you say Icon, the shape of the Defender (along with the 40-Series) is the first thing that pops into my mind. It’s a 4X4 at its most pragmatic… and idiosyncratic. 2.5 litres of turbocharged and intercooled diesel power does a great job at boosting this brick with wheels along, giving you one of the best platforms for long-range touring out there. That’s if you don’t mind the bumps, rattles and noises.

In many ways, the HiLux is the most iconic vehicle here, through its pure popularity. Since the HiLux starting kicking around in the early ’70s it has built a reputation for simplicity and dependability. The new models are far from simple, but they are marketed with that ‘unbreakable’ attitude front-and-centre. The 2.8-litre 3L diesel has been given new life with a Safari Turbo kit, and a complement of ARB gear under that fibreglass canopy turns it into a simple yet potent touring machine.

This is the first stage of the ARB Off-Road Icons Journey, which will pit our Icons against some of the most challenging and rewarding 4WD touring that can be had in Australia. In this instalment, we’re going to be travelling down from Alice Springs along the Old Ghan Line, past Chambers Pillar and into Mount Dare.

Rain. Glorious rain. As I write this, a Bureau of Meteorology report indicates that the vast majority of central Australia has received at least 100mm of rain over the preceding three months, with many spots getting more than 200mm of heaven’s precipitation. What’s more, a fair whack of that rain came down only a couple of weeks before this journey commenced. That’s not a big deal if you’re from Coffs Harbour; but places like Finke, Birdsville and Marree have a different way of handling that amount of rain. Firstly, roads quickly close. As little as 7mm of rain can initially close a road.

Let’s address the first things first: None of the tracks that we traversed in this series of stories (or indeed any stories that I have been part of) have included roads that were closed. I don’t criticise rainfall in the rural and regional parts of Australia, but I do feel sorry for the poor buggers at ARB who put all of the effort into planning this huge expedition. All those hours and dollars funnelled into planning vehicles, builds, supplies, spares and routes were quickly all up in the air – dependent wholly upon the whim of Mother Nature. No matter though, we’ll figure something out. Whichever way it pans out, it’s going to get interesting.

Thankfully, leading us out of the geographically centred town of Alice Springs, we had Dave Cox. Few people (if any) can profess to knowing the upcoming country as well as Dave – owing to his baker’s dozen of years as the driving force behind the Mt Dare Hotel. He has literally been into the desert more times than I have sat down to a hot dinner. And he’s a terrific bloke to boot.

Typically, this journey from Alice down to Mt Dare will comprise long straights, a few bends, red dirt and corrugations, and tonnes of Australian pioneering history. But this time, it’s a little bit different. There’s still the history; save for a few diversions, we are largely following in the steam clouds of the Old Ghan Line, which was the original connection between Alice and Adelaide between the years of 1929 and 1980. The line began way back in 1878, making its way up to Oodnadatta by 1891, putting Afghan Cameleers and their trusted beasts of burden out of business along the way. Actually, the odd camels you see out in this country are the direct descendants of those 19th century cameleering days. With no chance for business against the trains, the camels were turned loose. Putting them down just wasn’t an option.

Instead of the ground offering only endless hues of intoxicating red dust and gleaming gibber plains, this time we have huge swathes of green and shimmering water. This country ain’t exactly great at drainage (Lake Eyre is the terminus), so water will often sit for long periods of time after heavy rain. And often, the lowest point of a particular area is the graded track… I’m glad we are travelling in convoy, with more recovery gear than you can poke a transfer case lever at.

Often, the huge sheets of water look much worse than they are. Pro tip: Stick to the track. Don’t go tearing up valuable pasture (this is all farming country, you know) and risk getting bogged in soft ground. Stick to the firmer base on the graded track, and take it easy. Have your recovery gear at the ready, and have clear lines of communication with your convoy.

Driving these ARB Off-Road Icons is quite a privilege, and a real pleasure. With their complement of ARB gear, they are great touring vehicles which are handling the muck and corrugations admirably. We have all of our gear carried in the convoy, which includes a swag and camp chair each, along with all of our camera gear (lots) and other bits and bobs.

Look at some detailed maps in the area, and you find plenty of old ruins and sidings – all telling the story of a young Australia expanding into its desolate and unforgiving interior. Steam trains needed to stop regularly at sidings for resupply. The remains of them are still dotted along the roadside ready for exploration. Many of the original sleepers were pulled up and repurposed elsewhere, but the road is still littered with thousands of the original steel spikes. Keep an eye out for them – a well positioned spike and a bit of bad luck could see you with a torn sidewall quite easily.

Of course, the history of this area extends much further than the white man can account for. Arrernte aboriginals were the original inhabitants of the region, impressively carving out a life for many thousands of years. There are some great examples of carvings and petroglyphs to be seen, like at the Ewaninga Rock Carvings Conservation Reserve. The Arrernte people were widespread in central Australia, and they have a story of perseverance and preservation in this country that is quite incredible.

This landscape isn’t exactly hard-core 4WD country, but at the same time it’s very unforgiving. Experienced 4WDers will know that it doesn’t take much for things to start going wrong; and if you aren’t prepared with the correct gear and mindset, things can quickly get out of control. Preparation is key, along with an astute mind to make decisions.

Luckily for us, experience, preparation and gear weren’t in short supply. And it goes to show what a difference it can make. Things could have been dire, but the group was able to manage the conditions admirably and push through to Mt Dare with minimal problems.

It was an impressive feat for me, feeling like we got through against the odds. But there was plenty more to come. The next leg of this journey is only going to get harder as we take on the Simpson Desert in the wet and learn of new challenges on our way across to Birdsville. We’ll contend with breakdowns, boggings and more rain on our way across, in an incredible journey. When is all that coming your way? Next issue! 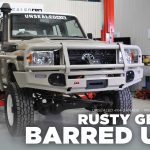 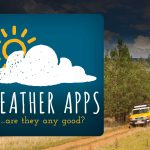