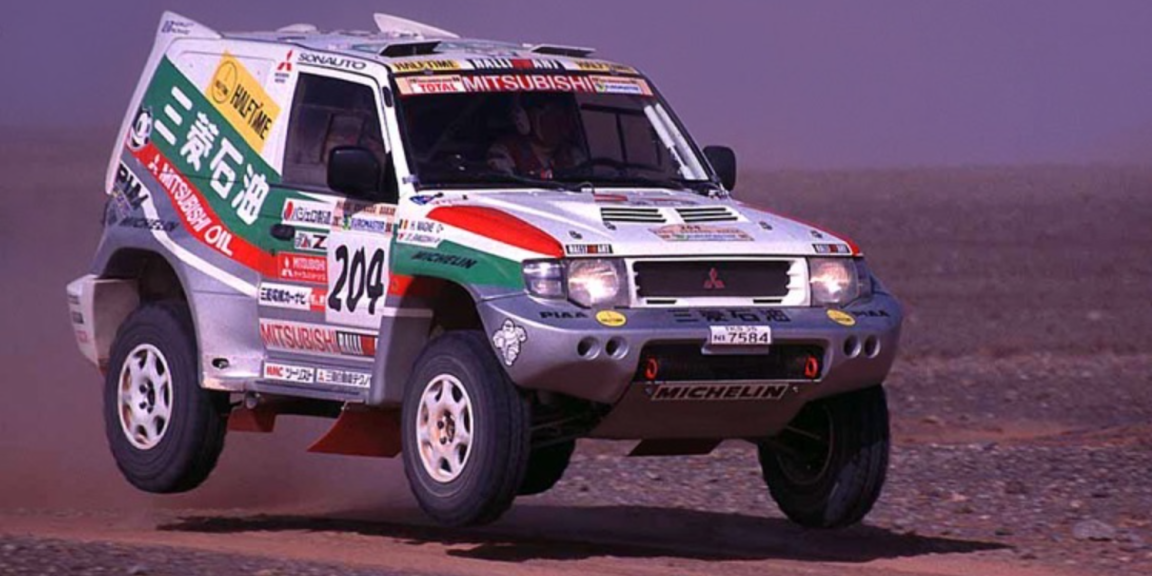 Dakar Pajero. Two words that went hand-in-hand for many years thanks to the success Mitsubishi had with its legendary 4×4 in the world’s toughest off-road race over many years throughout the 80s, 90s and noughties.

With news this week that Mitsubishi will end production of the Pajero next year we thought for this week’s Throwback Thursday we’d take a look back at the success the Japanese manufacturer had in the Dakar Rally over many years with its ‘family 4×4 wagon’.

First launched in 1982 as a three-door wagon, it wasn’t long before the Pajero made its debut in the Production and Marathon Class of the 1983 Paris Dakar Rally, an event that had been running since 1978 and was considered to be the world’s toughest off-road endurance competition. Both vehicles were close to standard, and they both finished the gruelling 10,000km event.

In its second run in 1984, Mitsubishi entered a vehicle in the Production-Modified Class and, piloted by Scottish rally driver Andrew Cowan, the Pajero went on to finish the 11,000km Paris-Alger-Dakar event in third place overall. Cowan went on to establish Mitsubishi Ralliart Europe.

On only its third attempt in 1985, the Pajero won the Paris-Dakar in the hands of Frenchman Patrick Zaniroli, with Andrew Cowan coming home in second place in another Pajero ahead of a Toyota 60 Series LandCruiser in third. This 1-2 finish earned the Pajero the title “King of the Desert”, and really proved the vehicle’s mettle in tough off-road conditions.

Keen to take back its “King of the Desert” title, Mitsubishi got serious in 1992 and Hubert Auriol piloted his Pajero Evolution to the win. Pajeros also came home in second and third.

It was Bruno Saby’s turn in 1993, also in a Pajero Evolution.

Schlesser Buggies won in 1999 and 2000 before Mitsubishi really stamped its dominance on the event, taking the win for the next seven consecutive years, from 2001 to 2007!

There was no running of the Dakar in 2008 due to concerns over extremist activity in North Africa. The event was moved to South America for 2009 and Mitsubishi decided to participate under the Lancer nameplate rather than Pajero, without success.

In its 25 years of factory-backed participation in the Dakar, from 1983 to 2007, the Mitsubishi Pajero Evolution won the event an astonishing 12 times, making it by far the most successful Dakar Rally vehicle of all time. With a record like that the Pajero really does deserve the title “King of the Desert”.

The Pajero also had many successes in other off-road rallies around the world, including the Australasian Safari and the Australian Offroad Racing Championship.

See the video below to hear Japanese Dakar competitor Hiroshi Masuoka explain why the Pajero was so successful in off-road competition. 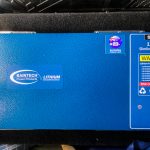 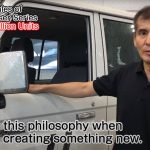