Jeep fans will no doubt go nuts over this 1945 Ford GPW (WWII Jeep) that’s listed in the upcoming 2020 Shannons Winter Timed Online Auction to be held from 19-26 August.

Arguably the most important 4×4 vehicle ever, the original Jeep was designed by Bantam in response to a US Army contract to supply a light reconnaissance vehicle. Modified versions of the Bantam design were manufactured by Willys-Overland and Ford throughout World War II. The Willys-Overland variant was called the MB while the Ford variant was called the GPW, which eventually morphed into the Jeep name. Yep, in a way Jeep owes its very existence to Ford. Go figure, eh?

The vehicle you see here is a Ford GPW, and it has an interesting history. According to Shannons it has been owned by the vendor for the past 34 years and in that time it appeared in the Aussie classic TV show The Sullivans and, more recently, in the Tom Hanks movie Pacific. It was this latter on-screen appearance that resulted in the vehicle being painted in its distinctive light blue/grey colour of the US Navy.

The Jeep has its original features including all components (including bolt heads) marked with an “F” to signify its Ford manufacture, as well as a rear-mounted jerry can, side-mounted axe and fold-down windscreen. It also comes with a khaki canvas hood.

Shannons says, “Surface rust is evident on the body consistent with weathering.” A kinder eye would more likely refer to a finish like this as “period patina”.

For full vehicle and auction details, and a complete vehicle report, you can check out the Jeep for yourself at Shannons, as well as register for the auction if really it takes your fancy. And crikey, who wouldn’t want a genuine WWII Jeep parked in their garage? Or even better, you could tackle Cape York in it like MAXTRAX’s Brad McCarthy did with his old Jeep! 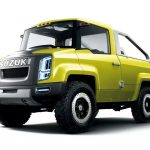 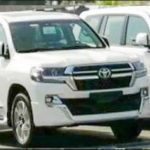