Ironman is an interesting superhero, if you could call the character that. You see, at the end of the day, Ironman is a machine, and when compared to Superman or Captain America, Tony Stark, Ironman’s inventor and pilot is just an average bloke. Modern four-wheel drive vehicles have a lot in common with Ironman, though four-wheel drivers still share very little with Mr. Stark – unless you happen to be a genius billionaire playboy philanthropist.

Modern four-wheel drive machines greatly increase the capability of the driver piloting them from inside. Even just ten years ago, if you wanted to drive up a rocky, steep track, you’d have to have the training and knowledge to put your vehicle in low-range, select an appropriate gear, and depending on the severity, engage your differential locks. Today, you twist a knob and follow on-screen instructions.

This presents a problem for the four-wheel drive community moving forward. Not only does it put untrained, generally clueless people in situations they should not be in, but perhaps more scarily, it removes them from the entire experience of being a four-wheel driver. A new Range Rover is actually a shockingly capable four-wheel drive, but do you think it’s going to teach you anything about driving off-road? In a vehicle like that, you’re just along for the ride, a lot like Mr. Stark.

On the other end of the Land Rover spectrum, there’s the classic Series vehicles, which frankly, by all things measurable is a terrible four-wheel drive by modern standards. It is horrendously unreliable, noisy, uncomfortable, and hard to drive. But you won’t find another vehicle that will teach you as much about four-wheel driving as a Series. A classic Landcruiser might be close, but it won’t teach you how to be a mechanic like the Landy will.

Vintage 4X4s are cheap, and unlike modern vehicles, usually gain value – especially if you find a fixer-upper. Combine this with some proper four-wheel drive training, and you’ll be surprised at how far you can get down the tracks with less equipment than your mates. After all, when Mr. Stark gets out of Ironman, he’s just an average bloke. Wouldn’t you rather be Superman? 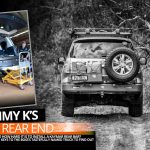 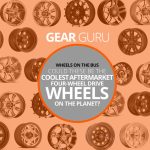