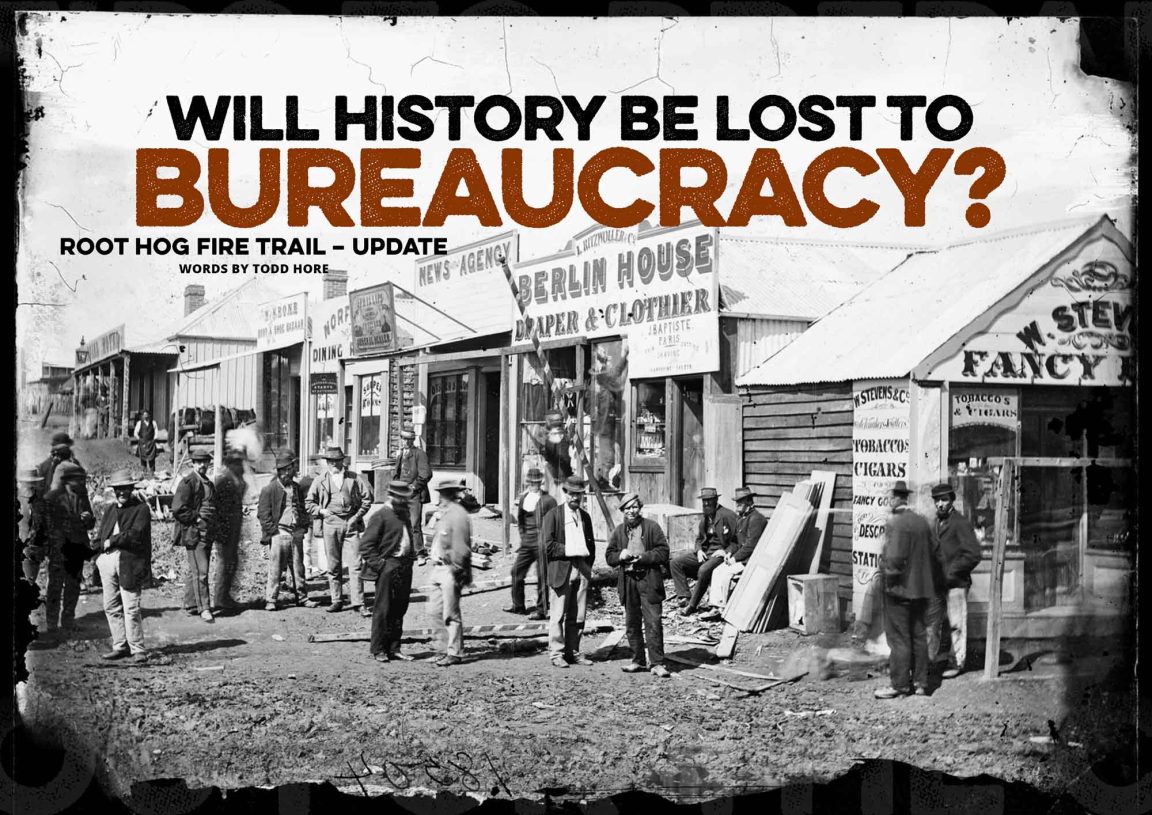 As some may be aware, a rock fall and landslide occurred on the The Bridle Track at Monaghans Bluff (between Bathurst and Hill End, NSW) in 2010 – closing the track to through traffic. Due to multiple factors the road was never repaired and, in the six years since, Council has advised people that access to Hill End should be via either Sofala or Root Hog Fire Trail.

Recently it has been discovered that the fire trail leaves its designated alignment and runs through a section of private property. The owner of said property, Mr Serge Panayi, has approached Council enquiring why this is the case and asking for the trail to be amended to the correct alignment.

For images and to read this story on our digital magazine platform, CLICK HERE.

After speaking with Mr Panayi, it is clear that the major concerns facing residents are shooters and litterers.

In addition to shooters, it seems a minority of four-wheel drivers are causing issues too.

According to Mr Panayi, “After rain here, when it gets all boggy, that’s when the four-wheel drivers love to turn up. That’s when the roads get really rutted and destroyed and we can’t get home.”

To prevent access for troublemakers, Mr Panayi has recently erected gates at each end of the section of the trail that enters his property. This means, temporarily at least, that there is no access to Hill End via Root Hog Fire Trail.

In the last couple of months since the gates went up, they have been ripped out; chains have been cut and gates have simply been pushed over. Now Mr Panayi, at this point in time, is understanding that it’s the complete dropkicks of the 4X4 community doing this and he has even been understanding enough to consider arranging access for four-wheel drive clubs … but his patience can only run so far.

The more pressing matter for local residents is the closure of The Bridle Track. This closure has redirected a large amount of traffic down a dead-end road and onto a fire trail (Root Hog) that was never meant to carry tourist traffic and (in the opinion of Mr Panayi) has restricted visitor numbers to Hill End. As Mr Panayi puts it: “We want you to go to The Bridle Track. We want people to go and fish and have a great time with their families and mates. Should people be allowed to rip through farmland to get to their favourite spot, or should that favourite spot be open directly?”

We contacted Bathurst Mayor Gary Rush for comment on the state of Root Hog Fire Trail.

“The current status of Root Hog Road is that it is closed to the general public. Once Council has completed the appropriate survey and preparatory works, work will then commence on-site. It is anticipated that the preliminary work will be completed within the next three to six months.”

When asked the big question regarding the state of The Bridle Track, Mayor Rush provided the following comments: “The damage to the Bridle track is such that repair will be very expensive and ongoing; i.e. if we repair one section, how long before the next rockslide/landslip, as has happened in the past? As a result Council is investigating alternative routes in an effort to realign The Bridle Track at the Bluff. At the time of the rockslide Council took the option to provide alternate access via Root Hog Road.”

Mayor Rush was quoted recently saying that: “…visitation to Hill End has increased coinciding with the upgrading of the roads from Bathurst to Hill End and Sofala to Hill End to sealed roads.”

When queried on these comments the mayor provided the following statement: “The final section of the sealing works on the Sofala-Hill End Roads was finished in March 2015. As part of our regional tourism promotions there, we have focused attention on the visitor experience of Hill End in recent years. As a result, we have figures on camping and numbers through the Hill End visitors’ centre provided by the National Parks and Wildlife Service which show a steady increase of between 500 and 1,000 visitors since the roadworks were completed in 2010.”

It seems visitation to Hill End as a destination has increased; however, there are no figures available for through traffic (from Bridle Track users) available. Given that this has, in the past, been where the majority of business to Hill End was generated, it seems unlikely that up to 1,000 additional visitors per year would be sufficient to offset the shortfall.

We, as four-wheel drivers, appeal to everyone in our community to show a little patience and wait for a resolution. Damaging property (whether you think gates are appropriate or not) only hinders our cause. Stay smart out there. 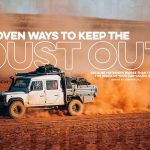 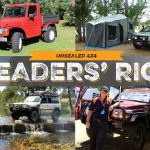