Cast your mind back 10 or 20 years, and 4WDs were not powerful. You had your 97-kilowatt 3.5-litre V8 Range Rover, or your 4.2-litre naturally-aspirated diesel Patrol with just 85 kilowatts. But now, neither power nor torque is a major problem.

Modern engines often boast around 150 kilowatts and over 400 Newton-metres. Yet often, particularly in diesel engines, they don’t ‘feel’ that powerful. In fact, off the mark, many feel downright sluggish. The reasons for this are many. Turbo lag is one. Towing is another. And the addition of half a tonne of accessories also dampens performance. So the search continues for improved driveability. Now iDRIVE has created a $299 gadget that simply plugs into your drive-by-wire accelerator, and changes your throttle behaviour. Want instant accelerator response? Wind it up to nine. Want to save fuel and dull the feel of your accelerator? Turn it down to one. Want the iDRIVE to think for itself and respond to your driving style? Set it to automatic mode.

It’s important to note that unlike performance chips and modules, the iDRIVE does not actually deliver more power. It changes the throttle response to what you want it to be. If (for example) you drive a manual 4X4 that tends to stall a lot while towing, you could get a punchier response from your accelerator and stall a lot less. Yet for the four-wheel driver, the iDRIVE has added benefits. For slow-speed driving on rocky tracks, you often want a slow accelerator response so you don’t jerk on the throttle. Easy… just set the iDRIVE to one or two. But the moment you return to the blacktop, just crank it back up to seven or eight and you’ll have far quicker acceleration feel. It’s important to note that the i-Drive can also be used in concert with performance chips. The chips work on the engine, and the i-Drive works on the throttle.

At Unsealed 4X4, we’ve been road-testing the iDRIVE for the past two years on a manual diesel 4WD, and we have found it to be really quite brilliant. The vehicle in question had a performance chip, but it used to stall quite regularly regardless – especially while towing. Yet plugging in the iDRIVE (a 10-minute DIY job), and using a setting of ‘6’, has solved the stalling issue. The power was always there, but we just needed to access it quicker to get the revs up fast enough. The ‘power purists’ out there will argue that the iDRIVE is of no benefit, because it doesn’t create any more grunt. But in our opinion, we have always had enough power; it’s just that we couldn’t open the door to that power quickly enough. The iDRIVE solves the problem. 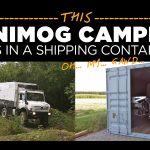 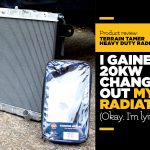