Summer is officially over. While that means we’ll all be cutting back on the swimming, surfing and sitting in a camp chair on the beach (tinny in hand and bait-soaking) for the next few months, winter is one of the best times for those of us who want to head north or west (or east for you left-coasters) and get into some of the more remote touring destinations like the deserts… or 4WD Mecca, aka Cape York.

Now, as accessible as the Cape is these days, a lot of 4WD owners still haven’t managed to get up there. If you’re one of them, why not? It truly is an amazing part of the world and one of those places that just has to be experienced first-hand.

“But Dex, my 4X4 isn’t ready and I have no time!” I hear you argue. Well, the time thing I can’t help you with (although I hear faking a pregnancy or major surgery is a great way to get a few weeks out of work… or so I’ve been told); but as for getting your vehicle ready, we’re here to help with these tips to get your trusty steed – and yourself – ready for tackling one of the most iconic off-road destinations in the world.

If there’s one thing the Cape has plenty of, it’s water crossings. Truth be told, there’s really only a couple that leave you in any real danger of hydro-locking your engine and they’re up the northern end of the Tele and fairly easily bypassed; but the Old Telegraph Track is definitely one of the highlights of the Tip, particularly the infamous Nolan’s Brook or Gunshot. However you can ride the blacktop almost all the way if that option sounds better… but where’s the fun in that?

The other big advantage of having a snorkel bolted to the front guard is that they raise the air intake up and out of the dust – which is tremendously helpful, particularly when travelling in a convoy. Sure beats changing the air filter out every few days.

2 TYRES AND PRESSURES – THEY MATTER

So you’ve decided to hit the road and head to the northernmost point on the continent. You’re going to need your fridge, camping gear, a comprehensive toolkit, a full spares box including an alternator and CV joints, a generator for powering up the TV; and oh yeah, better throw your partner and kids in too… By now your vehicle is perilously close to, or over, your GVM. Not only that, but it’s still wearing the passenger car rated highway terrain tyres. These have much thinner sidewalls and a tread pattern that will offer four-fifths of bugger-all traction on anything but smoothly paved roads.

You do the right thing, you drop a bit of pressure out and start driving along the hundreds of kays of corrugated roads… The insides of the tyres start to heat up, the sidewalls weaken and a couple of hundred klicks out of Cairns they blow out in spectacular fashion – stranding you trackside wondering what went wrong.

Before you leave, invest in some proper Light Truck (LT) designated all-terrains and make sure you keep below your GVM. Yes, you may have to leave the espresso machine at home – but your trip will be much smoother for it.

So you’ve realised that the Cape will require you to carry a fair bit of gear on board, placing your springs and shocks under increased load. Multiply that load over about a billion corrugations, creek crossings, whoops and muddy bank driving… and you can appreciate that the chance of the stock gear giving up the ghost is higher than Willie Nelson.

The key here is to talk to a reputable suspension mob and let them know what you’re going to be doing, what weights you’re expecting to carry and what size tyres you’re planning on running. They should be able to sort you out with a suspension package to suit. For touring duties, the important thing to pay attention to is your spring rate. This is essentially how stiff your springs are and how much weight they can handle when you’re loaded up (while still being under GVM, of course).

4 BULLBARS – YES, YOU NEED ONE

Despite a lot of uneducated media opinion surrounding bullbars and the danger they represent to pedestrians, if you talk to anyone who’s ever driven a couple of hundred kilometres beyond the city limits they’ll tell you that the probability of animal strike is not a matter of if, but when. This goes double when driving a couple of hours either side of dusk or dawn – and you should really avoid doing so if possible. Roos, emus and feral pigs will travel a fair way into your engine bay if hit at speed without some sort of frontal protection; not to mention that they pose a serious risk to occupant safety.

Bullbars also allow you to mount things like winches, lights and aerials. However, keep in mind that you will need to factor the extra weight into both your GVM calculations and your suspension setup.

Let’s go back to High School Science 101 for a sec. As you’re cruising along, your diffs, transfer case and transmission are all running faster than Usain Bolt on a party drug. This movement generates heat. While it’s all well within each component’s design parameters, when you drive into a creek crossing they’re all rapidly cooled by the water. My old science teacher Mr Taylor would tell you that this will lead to a pressure differential, and the hot air inside the driveline will need to escape somehow.

Now, the clever engineers at the factory have accounted for this, and there will be breathers fitted to your driveline. The problem is, they’re positioned directly on top of the diffs, gearbox and transfer case. As the hot air escapes, cold air will be sucked in to replace it… only the breathers are now underwater so they gulp in mouthfuls of muddy, sludgy creek water to mix with your oils and gears. Not good.

Luckily, breather kits are readily available from just about every 4X4 store or website these days. They work by clamping a hose over the breather tube and extending it up somewhere high and dry (the engine bay is a popular choice). And most breathers these days come with a one-way filter on the top of the hose, to prevent any sort of contaminants from getting where they shouldn’t go.

There’s no getting around it. A Cape trip is tough on a vehicle. That’s why a full, and I mean full, service is mandatory before you leave. Fluids (yep, driveline too), filters, hoses and belts should all be changed out for quality replacements; and it’ll be worth your while to swap in new wheel bearings and closely inspect the brakes while you’re there. Heavily loaded vehicles can wreak havoc on ‘well worn’ bearings and brakes, so make sure you swap them out a couple of weeks in advance. Don’t leave it until the last minute and you’re up until 2am the night before you’re leaving, tightening up the calliper bolts (ask me how I know this sucks). Once you’re up there, remember to take it easy. Pushing your 4X4 hard is not going to do it any favours. You’re in one of the most beautiful parts of the world; take your time and enjoy things while sparing yourself the worry and the headache a busted front end will bring. Slow and steady wins this particular race. Besides, why would you want to rush a Cape trip?

7 FRIDGE – NOT NEEDED BUT DAMN NICE TO HAVE

Look, we all know someone who has visited the tropical north and got by with just their esky and some block ice. We’re not saying it’s not achievable; however having a 12V fridge and dual battery system set up to run it will make your journey so much more comfortable it’s not funny. Food will last longer, drinks will be colder (important when it’s 30deg+ at night) and you’ll be much happier in general with a fridge humming away in the back of the vehicle. While it’s not a necessity, it is a creature comfort that I wouldn’t want to do without anywhere north of the tropic of Capricorn. 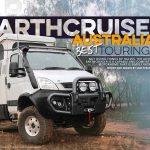 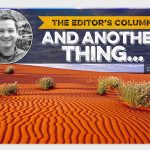