Get the full story by CLICKING HERE

Tighter laws controlling the emission standards for light vehicles were announced in Australia in 2011 and introduced in 2013. While this is a great thing for penguins, and those suspicious members of society who claim to be all about the environment (yet happily drive the band-aid solution on wheels that are hybrid cars – clever marketing, not any better for the environment), is it a good thing for four-wheel drives and Australian four-wheel drivers?

Ultimately, yes it is. It is about time we all took responsibility for our actions. If these strict standards result in less noxious gasses being produced by motorists, I would have to be a sociopath to say otherwise. The problem comes down to the fact that these mechanical fixes are killing modern diesel engines according to many in the know.

Here are some facts on what goes wrong, what works well, and why it isn’t a good idea to think you know better than a new vehicle engineer (disregarding the person who designed the Daihatsu Terios – that engineer made some poor life choices).

WHAT ARE VEHICLE EMISSIONS?

According to the Department of Planning, Transport and Infrastructure there are two types of damaging emissions that are produced by vehicles. The first being Air-Toxic Emissions that are detrimental to personal health. Secondly, we have Greenhouse Gas Emissions, which are said to be a major contributor to climate change.

GASES: Not a big surprise here, but vehicles are one of the largest contributors of air pollutants with a claimed figure of up to 80 per cent of carbon monoxide, 60 per cent of the oxides of nitrogen and up to 40 per cent of hydrocarbons.

PARTICULATES: Internal combustion propelled vehicles (i.e. any petrol or diesel powered vehicle) produce microscopic particles that unfortunately can be inhaled. These ultrafine particles are damaging to health, with the most negative impact being to those with respiratory or cardiopulmonary health issues. Areas with high levels of vehicle traffic and poor ventilation are naturally more susceptible to particulates.

GREENHOUSE GASES: Greenhouse gases as a result of vehicle emissions are comprised of mainly carbon dioxide, methane, and nitrous oxide. As fuel is consumed, greenhouse gases are produced, so it is fair to say vehicles that have high fuel consumption are worse for the environment than frugal vehicles.

WHAT IS EURO FIVE?

Euro Five emissions standards initially kicked off in November 2013, known as ‘Core Euro Five Emissions Standards’. Even stricter emission standards are due to be phased in from November 1 2016. This relates to all new cars, four-wheel drives, and light commercial vehicles being sold in Australia from that date. Now, what this boils down to is the maximum level of pollutants and particulate pollutants that cars and light commercial vehicles are allowed to produce:

Particulates: 5mg/km (an 80 per cent reduction in emissions compared to Euro 4 standards)

Even stricter emissions standards for new vehicles are planned to take affect for new models released from the 1st of July 2017, and for any existing models after the 1st of July 2018. Once these changes take effect, it is expected emissions from modern vehicles are expected to be reduced by up to 50 per cent, particulate matter by up to 90 per cent and Nitrogen Oxides by up to 70 per cent. These are not unsubstantial changes, so how are vehicle engineers expected to turn burnt dino-oil into results?

CLOSED CRANKCASE VENTILATION SYSTEMS (CCV): These channel gases (caused by blow-by) back into the engine’s combustion chamber where they are mixed with fresh oxygen and fuel. These gases are then reignited and burnt, reducing atmospheric emissions.

DIESEL PARTICULATE FILTER (DPF): A device that filters diesel particulate matter and soot from the exhaust system. All modern diesel vehicles will be fitted with a DPF. These systems have come under fire from many diesel experts, as if the vehicle is not driven for long distances and at speed (too much stop-start driving in town for example), the filter can clog and need replacing.

DIESEL OXIDATION CATALYST (DOC): Similar to a petrol engine’s catalytic converter (honeycomb shaped internal construction), a diesel oxidation catalyst is a device which breaks down pollutants produced by a diesel engine, triggering a chemical reaction that reduces gaseous emissions by up to 50 per cent.

EXHAUST GAS RECIRCULATION (EGR): Exhaust gas recirculation valves redirect small amounts of spent exhaust gas back through the engine’s combustion process to be re-burnt. This reduces the amount of noxious emissions, but the system isn’t without its flaws.

SELECTIVE CATALYTIC REDUCTION (SCR): An emission control system that injects a liquid agent, known as AdBlue or Diesel Exhaust Fluid here in Australia, through a unique catalyst in the exhaust system. The Diesel Exhaust Fluid (DEF) sets off a chemical reaction, which converts nitrogen oxides into nitrogen, water and small amounts of carbon dioxide.

WHAT THE EXPERTS THINK

This is a touchy subject, as from an engineering point of view modern emission controls such as EGR valves are quite clever. Talk to any mechanic however, and they will have reports of excessive carbon build-up on vital engine components. Many a modern diesel owner will be aware of the issue with carbon building up in the inlet manifold to the point where engine lights come on after periods of engine surging.

So at the end of the day, yes – EGR valves are responsible for killing engines… well, wounding them when carbon build-ups cause them to stick and gunk up. BUT (and it’s a big one), there is no reason why preventative maintenance can’t solve this issue without resorting to illegal modifications such as removing and blanking off the EGR valve. By having your inlet manifold and EGR professionally cleaned, you will go a long way towards preventing internal engine damage. This is done the old-fashioned way, using carburettor cleaner and a wire brush to remove carbon build-up.

Diesel particulate filters also require long driving cycles to introduce regeneration processes as mentioned. So for those who do lots of stop-start driving, you could be up for the cost of a new DPF before too long. In some cases the DPF can be cleaned out, however for the most part they are a throwaway, non-serviceable, expensive item to replace.

Use the correct quality, oil type and viscosity

Don’t idle a diesel engine for extended periods, they like to be under load

Only use trusted fuel. Contaminated diesel can do major damage to the injection system

Have the injectors cleaned as per your manufacturer’s maintenance schedule

Never run out of diesel; this causes air to enter the injection system

Change glow plugs before they fail; they can literally fall to pieces!

With low-micron fuel filters being needed for common-rail injection systems to run effectively, regularly swapping your filter out is more important than ever

With diesel engines being able to rev higher than ever, regular oil and filter changes are still one of the keys to a happy and healthy oil-burner

PUB COMEBACK
TO PEOPLE WHO KNOCK YOUR MODERN TRUCK:

You like lying on your back
skinning knuckles and
being greasy don’t you?

You care not for penguins

You think a particulate filter
is what cooks your chips

GET WITH THE TIMES MAN
– JUMP IN SOMETHING NEW-AGE!

We all play a part in reducing
our carbon footprint

New diesels can actually drive
up hills at the speed limit

I bet your old truck has some
rust now, doesn’t it!

Your family wont be embarrassed
to drive with you anymore 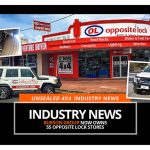 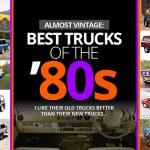