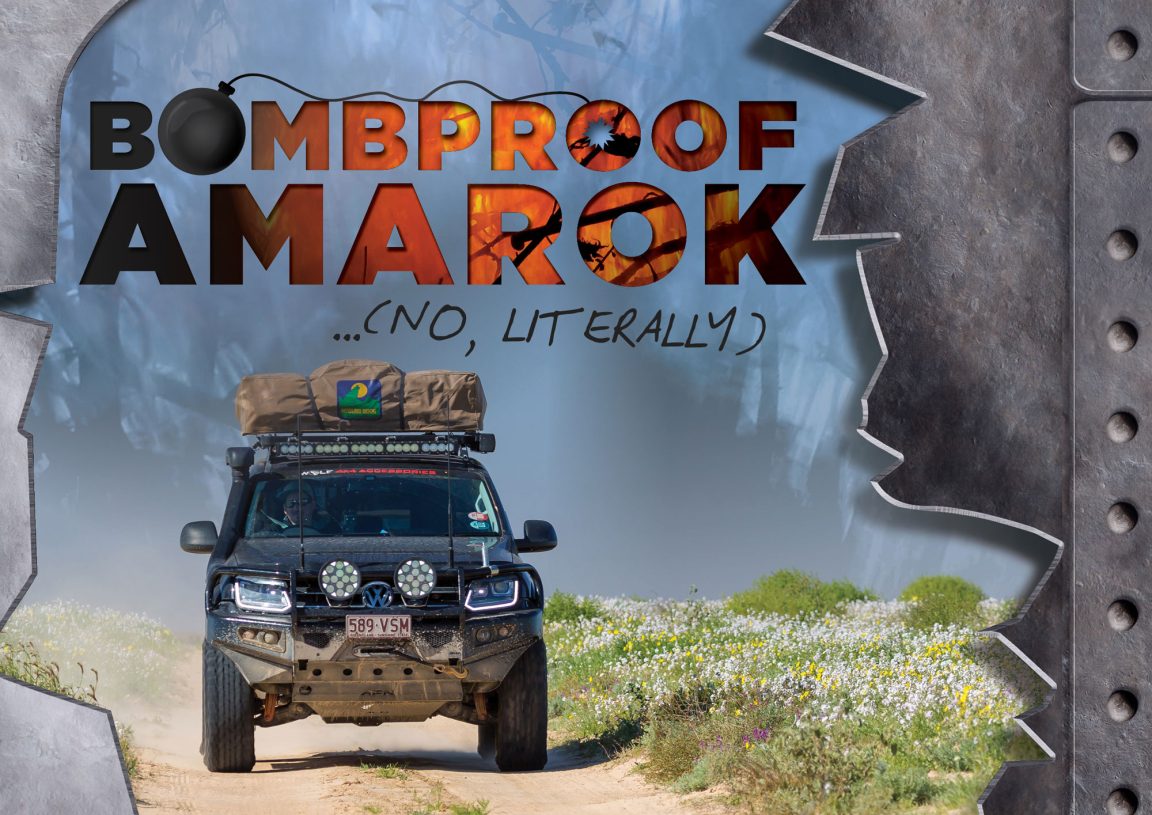 When you’re the Aussie distributor for the company that makes the landmine-proof armour for UN vehicles, why wouldn’t you bolt some up to your tourer?

Having ordered one of the first 20 Amaroks to come into the country on release back in 2011, and then moving into the second gen as soon as they came out, Ashley – the owner of this highly-modified ’Rok – initially had a few hassles with finding aftermarket parts for Veedub’s popular ute. Pretty much anything bolt-on had to come from overseas (and of course at an absolute premium without even looking at freight costs).

This lack of local options led him from owning an IT company to being the Aussie distributor for Wolf 4X4 and AFN4X4… which just so happens to do the fit-outs on the United Nations Amaroks and builds them up for a bunch of the militaries throughout the world. Ashley, of course, couldn’t go past building up an Amarok to a level that transforms it literally into a bombproof tourer.

We caught up with Ashley at the Big Red Bash this year, and got to climb all over his machine and have a good look at everything.

Starting out with a current model MY15 Dark Label Amarok TDI 420, this was Ashley’s first automatic 4WD. “The first Amarok I had was the manual with selectable low range,” he tells us. “I was a little concerned with the loss of having a selectable low range; however with the auto I’m yet to find anywhere that I’ve not been able to go where low range would have helped – simply because of how the gearing is set up in the 8-speed.”

Ashley has built the truck up as a tourer and show vehicle for AFN4X4 and Wolf 4X4, so it’s got all the goodies on it from across both brands. Getting out to the Big Red Bash is a hell of a trip on its own, especially when considering this 4X4 is the daily driver for the family and the work truck. Since the build up commenced the VW has been out to Birdsville; onto Fraser, Moreton and Bribie Islands; and (being his local playground) more times into the Glasshouse Mountains than you can poke a stick at. The only thing that Ashley would change on the Amarok is the amount of power you can drag out of the four-cylinder donk. That said, there may well be plans to obtain one of the new V6 turbo-diesel Amaroks… so keep an eye out for the new build on that one.

Having a fully equipped workshop at AFN4X4 that most of us could only dream of, the first thing Ashley threw at the machine was a solid tune. “Unlike a lot of other turbo-diesels on the market, the Amarok is able to have an ECU remap,” he says. “So instead of having a plug and play chip that’s ‘about right’, you’re able to have a complete map set up specifically for what you want. Whether it be towing, economy, or just flat-out power, a remap of your ECU will do it.”

Ashley reckons one of the best things about the aftermarket remap, as with most 4WDs these days, is the amount of torque that the ECU allows to be applied in reverse is severely limited (about 100Nm) whereas in forward gears it’s closer to 500Nm. “Reversing the big trailer up the driveway was near impossible,” he explains, “Simply due to the lack of torque the ECU would allow to be applied in reverse. The tune soon fixed that, allowing full access to all the torque the engine could provide.”

Keeping the engine breathing is a Legendex exhaust, which bolts straight up to the bi-turbo setup; and a Seikel snorkel which the ECU is tuned for. Looking at the external armour of the Amarok, we were blown away (no pun intended) with how solid it was – having solid steel front and rear bars, steel diff guard and 6mm alloy underbody protection. Interestingly enough, the front bar is a full bumper replacement so you don’t have to hack up the factory bar to fit it (worth a couple of dollars to resell on eBay no doubt); and it tucks in closer to the body than any other on the market. This increases the approach angle, and also gets the weight of the bar, winch and lights back further over the axle – which in turn keeps the handling very close to where it would be without the extra weight. A set of solid sliders and side steps covers the sills and allows retention of the factory mudflaps. The rear bar has dual swing-aways, with a self-locking latch, so you don’t have to worry about opening and closing the latches.

Oh, and did we mention that the front and rear bars come with included rated recovery points? In the lighting department the Amarok has a set of the Sunny Coast-designed Livid Lighting LED spotlights, roof-mounted lightbar and rear-mounted work lights. Ashley tells us that the Livid Lighting setup is the best he’s seen for long-distance night driving, and that both the lightbar and spotties are tuned with the same reflectors and XM-L2 LEDs (which is a slightly warmer light than usual) so you can run them for hours without making you feel like you need to gouge your eyes out with a rusty spoon.

Underneath, the vehicle is held up with a full set of 2in-lifted Outback Armour suspension including shocks with coilovers in the front and leaf springs in the rear. This keeps the BFG KO2 tyres firmly planted on the ground. The 6mm alloy underbody protection is some of the best you’ll get – suffice to say, this is the exact armour from AFN4X4 that the United Nations uses on its Amaroks to shield them from landmine explosions. Sure, the landmine may well blow the wheels off the thing… but at least you’ll survive to tell your mates down the pub about it.

Out the back in the tub, Ashley has it pretty-well decked out with the MSA fridge slide holding up the Snowmaster CD-C60 fridge to keep the tinnies cold, and the almost indestructible Front Runner drawer system. A National Luna dual-battery monitor lets him keep an eye on the battery voltage at the tailgate too. One of the more interesting things we noticed is something that Ashley has essentially pioneered – using struts to assist the lowering speed of the rear tailgate. Makes life a hell of a lot easier, and saves the young’uns getting knocked on the head if they’re fiddling with the tailgate at the back of the truck. Literally topping the whole thing off is the Front Runner rack which hangs onto the Howling Moon roof-topper and awning. Looking at the interior, Ashley has kept it pretty standard with just a set of Global Automotive neoprene seat covers and a GME UHF up the front. If it all works, why screw around with it?

Hell of a build, on something more commonly seen with just a bullbar. I can’t wait to see what he does with his new V6 Amarok. 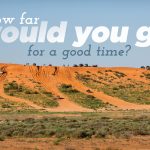 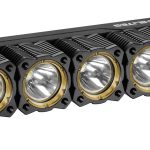