Since the introduction of the On-Board Diagnostics V2 port (OBD2) in the late-1990s, and nearly all diesel engines going to computer control by the early 2000s, OBD2 scanners and readers have really taken off. The ScanGauge II is the latest iteration of one of the earliest OBD2 readers and scanners on the market. Now that I’ve got a vehicle built after the advent of OBD2 ports, and there’s an ECU controlling what the donk is doing, I’ve finally started to make the switch, so rather than a bunch of analogue gauges with their own sensors that need to be connected, I’ve adopted this digital info system, and I’ve gotta say I’m pretty impressed.

What is the ScanGauge II?

Simply put, the ScanGauge II is, on looks alone, a rather simple, small device that you can plug into the OBD2 port on your four-wheel drive, and it’ll give you all the data the vehicle sends to the ECU. The biggest one we’re usually interested in is knowing what the engine is doing, and what data it’s sending on to the ECU. But that’s not all it will read. Essentially any sensor that sends a signal through to the ECU is readable and can be captured by the ScanGauge II. Beyond just the engine, think things like the ABS sensors, the centre diff-lock and four-wheel drive (transfer case) actuators and the like. While it can’t give you specific data on most of these things, it can tell you if sensor in question has an issue, such as the ABS sensor.

The unit itself has a simple monochrome LCD display and five buttons. It will display four different sets of data at any one time on the screen, and you’re able to select between what’s displayed, and also programme more data sets in, like DPF loading and EGT numbers, but we’ll go into this further in the article.

The ScanGauge II connects up to your OBD2 port with a simple male-female connector, and the included cable plugs into the back of the unit via an RJ45 (network cable) style plug and socket. Interestingly enough, you can even daisy chain multiple units together so you can display more than four different sets of data at any one time.

What are the standout features?

The single best thing that the ScanGauge II will do is give you absolutely accurate data from the vehicle’s sensors so you’ve got real-time, precise information on what your engine is doing. Some of the data it is capable of collecting (in the HiLux at least) is:

The other most significant feature is that you can read out trouble codes and clear those codes, and clear limp-mode on most four-wheel drives. Once you’ve got a specific code (say P0102 for a HiLux is the Mass Air Flow (MAF) sensor code – #whatdustproblems?) you then google the code, work out what the issue is, and then change or clean that specific problem. Once you’ve rectified the issue, you can then clear the code and be happily on your way, without needing to pay someone to clear the code for you.

And then you’ve got X-Gauge

Something that really sets the ScanGauge II apart from the other cheaper knock offs on the market is the ability to program vehicle-specific stuff into it. For example, Exhaust Gas Temperature (EGT) and Diesel Particulate Filter (DPF) loading readouts are able to be picked up by the ScanGauge II using the X-Gauge function. What this does is allow you to program specific gauges into the unit, above and beyond the standard gauges. That said, your four-wheel drive must have the sensors onboard. If you go and turn off or delete the DPF, you’re not going to have access to either of these.

But you’ll find all of the info on how to programme an X-Gauge in this link here which just involves looking up your make and model and adding a couple of alpha-numeric codes for your specific vehicle and gauge that you want. Then those new gauges will be included in the standard gauge list – it’s as easy as that.

How hard is it to install and setup?

It honestly couldn’t be easier. The hardest thing is working out where you’re going to mount it (it comes with double-sided tape and a Velcro tab for mounting) and hiding the wiring. Once you’ve got it mounted, plug the cable into the unit and the OBD2 port, and you’re away.

So how much are they, and is it worth it?

I forked out 270 dollarydoos for my ScanGauge II and honestly, it’s one of the best bits of insurance you can get. Yep, I forked out for it, out of my hard-earned; there were no freebies or advertising dollars or (and it blows my mind some folks still think we do this – cause we don’t, and never have done) a ‘paid review’.

To whether it’s worth it? Abso-bloody-lutely! Aside from the cheap insurance of being able to suss out codes and then clear them when travelling, instead of living in limp mode until you can get to a dealer, you can sort things out yourself. Self-diagnosing and knowing whether it’s something you can fix easily, like cleaning a MAF sensor, can save you a tow-truck to the dealer and having to pay them to fix it. So in that regard, it’ll pay for itself with the first code it throws.

Another thing you may have noticed is there are a few people getting around on Facebook marketplace lately offering to ‘clear your codes’ for $50. Chances are they’re using one of these (and plugging it into random cars to read the codes), or sometimes even a higher-end scanning tool (like a Snap-On computer), but they’re getting the same data, and reading and clearing the codes, as this thing will do. If you need to have someone come to read and clear your codes a few times, all of a sudden the ScanGuage II has paid for itself.

Wes’ final thoughts and the details

As I said earlier, I bought one off my own back for the HiLux. Not gonna lie, it was a bit of a novelty having an OBD2 port I could plug a scan gauge in to, and so that was my initial basis. Plus it gave me the ability to remove a bunch of random gauges placed around the cab with one nice and simple device. All in all, I rate it, and I’d caution anyone looking into a scan gauge to not jump at the cheaper knock-offs for a couple of reasons. First, they’re copies of this; and made in China (the ScanGauge range are made in the US of A). Second, you’ll miss out on the ability to programme in vehicle-specific gauges with the X-Gauge system. Third, this actually gives a boost gauge – that works out your MAP vs atmospheric pressure – and the others don’t. ScanGuage II does a lot more than just provide a couple of data sets and maybe read a code or two.

Compatible with all OBD2 protocols 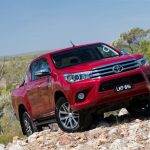 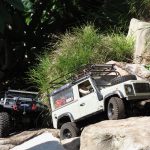