It’s not hard to tell why Scott Cam, host of Channel Nine’s hit show The Block, is labelled the ultimate Aussie bloke. He likes a laugh, he’s funny, he’s laid back, he can build stuff and he loves 4X4s – particularly the traditional tradie’s Toyota LandCruiser cab-chassis ute.

Now also the proud owner of a Gold Logie (which he has cleverly and tastefully turned into a bottle opener) for being Australia’s most popular television personality, the 51-year-old has come a long way from his days as a battling tradie.

Cam now boast a few (pretty darn impressive) properties and loves to duck away from the busy life and the TV cameras with his wife Ann and three children, Charlie and twins Sarah and Bill, to their farm at Mudgee in NSW. Relaxing, fishing, camping or a few beers with his mates does the trick.

Did I mention he also built his own 4X4 track? With his son! On their property! It gets better. Click on the audio button to find out what Cam got up to on his seven-year trip around Oz in an old Nissan G60 three-speed soft top! 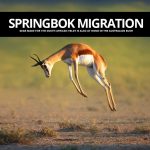 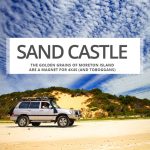