Bull bars in Australia have not traditionally been the most visually appealing of products. Some scrub up with a coat of paint, a winch hanging off them as well as some nice driving lights. But if you can honestly say the look of a five-poster on a brand new 200 Series LandCruiser (for example) makes you jump up and down with joy, you need help.

Well, the good news is that help has arrived! Thanks to modern four-wheel drives becoming rounder than Buddha’s stomach, the rulebook on traditional bull bar designs has been thrown out the window. The current trend is leaning towards building replacement steel bumpers that actually enhance the look of the vehicle, rather than transfer your pride and joy into the automotive equivalent of a pimply teenager wearing thick rim glasses and braces.

But what do you guys think – is a traditional bull bar with top hoops better suited to Australian conditions, or would you prefer to see one of these modern designs on the front of your four-wheel drive?

What do you prefer, old school or new school bull bars?

Tube bars and Land Rover Defenders just look kind of right don’t they? The tough, straight lines of the vehicle are complimented nicely with the rounder tube front end. Ironman have seen that Landy fans are going crazy for this design, and released their own commercial tube bull bar to suit (sorry, only to suit the Defender). If you don’t like the traditional ‘farm gate’ design you often see on older models, this tube bar could give your old friend the birthday it needs in the looks department. And it’s not all about looks, with Ironman saying this bar is winch compatible as well as having aerial mounts to install other accessories too… such as aerials.

MCC might not be a household name yet, but they were actually responsible for manufacturing many bigger name brands before deciding to take the bull (bar) by the horns and stand on their own two feet. Which is pretty cool, as the range on offer is nothing short of huge. The Rocker is the least conservative bull bar in the MCC lineup. It’s not just a copy of another manufacturer’s traditional looking bull bar offered at a different price point. No sir, the Rocker is a bad arse unit that really suits modern, aggressively designed four-wheel drives. There are three design options in the range too, the bumper alone, a middle hoop and finally a full top hoop design. It isn’t just about looks though, with MCC including twin driving light and aerial mounts, high lift jack points and what MCC call pulling mounts… not recovery points.

I’ll be the first to admit this bull bar won’t work for everybody. If you are craving a slick looking bar to enhance the front end of your four-wheel drive however, the Rhino 4X4 bumper is in a category of its own, aesthetically speaking. And while they might look more metro than masculine to some, these bumpers are actually constructed from solid 3mm steel with an included 5mm alloy bash plate. Rated recovery points and LED fog lamps are also standard inclusions, and if you want to fit a winch the bumper comes ready to take one – no additional mounting frames or parts are required. Rhino 4X4 might be a relatively new player in the Australian market, but it already has bumpers to suit Ford, Mitsubishi, Nissan, Toyota, VW and Holden utes, and wagons such as the current Jeep Wrangler and Mitsubishi Pajero.

Uneek 4X4 products are manufactured in-house by Uneek Bending Co in Dandenong Victoria, which has over 50 years manufacturing experience in the metal industry. It really is good to see more Australian companies such as Uneek 4X4 design and manufacture their products here in Australia. It damn near brings a tear to the eye! Not only does it mean more Aussie four-wheel drivers have jobs, but consumers are benefiting from products made to suit local conditions. We aren’t going to talk about one specific bull bar from Uneek 4X4 as the range covers popular Jeep, Nissan, Suzuki and Toyota models with each vehicle receiving an individual (I’m trying to avoid the word unique) design. What we can say, is if you are looking for a complete Australian made frontal protection system including winch mounts and recovery points, Uneek 4X4 incorporate these features as standard.

VPR have been manufacturing bull bars since 1998 from their head office facility in Venezuela. Again, not yet a household name here in Australia, they have a surprisingly large range of bull bars available to suit vehicles found here in this sunburnt land. Everything from the Toyota FJ Cruiser, Jeep Wrangler and even classics like the Toyota LandCruiser 80 Series and original Land Rover Discovery make the grade. What we like about VPR front bars, is that they are more of a steel bumper replacement than a traditional bull bar, much like the offerings from Rhino 4X4. Where the Rhino 4X4 bumper imitates the smooth lines of the factory bumper, VPR take the more aggressive approach. They will comfortably house up to a 12,000lb winch, and the lightweight steel construction reduces weight over the front axle compared to a full traditional steel bull bar. Definitely food for thought if you are seeking frontal protection that is just that little bit different.

XROX is a bit of a strange one, because they suffer from an image complex thanks to that aggressive tube design. The ‘comp inspired’ XROX design is drawing in those who think they drive ‘comp inspired’ four-wheel drives. Which is a shame, as the product is not only Australian owned, built and designed, they’re actually built really well. If you think I’m putting dirt on them, I’m not. Hell, I owned an XROX bar on an older HiLux and really liked it. Especially for the amount of tabs for lights and accessories included, and the modular design, which allows you to replace side wings if they are damaged. Just don’t think your vehicle is a rock crawler simply after bolting one on, and things will work out peachy for you and your XROX in the long run.

Raslarr Engineering has been in business since 2007, producing Australian made four-wheel drive products such as rear bars, snorkels and bull bars. They mainly offer bull bars for classic four-wheel drives such as the Nissan Patrol GQ and Toyota LandCruiser 80 Series, but have more recently developed pre runner style tube bars to suit current Mitsubishi Triton, Toyota HiLux and Nissan Navara D40 models. These tube bars are designed to accommodate two small LED lights as well as a 30-inch LED light bar, and even a low-mount winch. So while this is good news for modern four-wheel drive owners, the bad news is these bars have not been approved for road use as of yet. Don’t be too disappointed though, as according to the Raslarr team, they are in the process of obtaining Air Bag Certification as we speak. 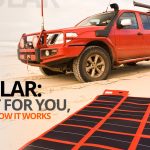 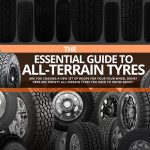