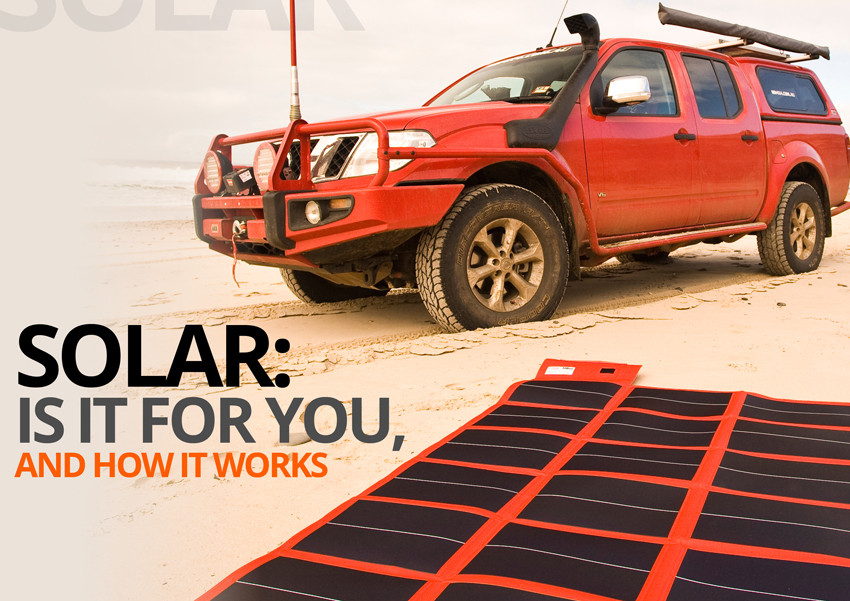 Batteries are great, but they need to be charged. If you’re a light camper moving on every day then your car can do the charging, but settle into a base camp with a few people and the demands of fridges, lights, coffee makers and gizmos start to mount up. That’s why generators exist, but we all know how popular they are at campsites, not to mention the weight, cost and fuel storage.

Solar is also now the perfect combination of cheap, light and low-maintenance and is becoming more efficient year on year. Now the question is really why not, not why.

But let’s look at the downsides. Solar is unreliable over a period of days, and prone to voltage fluctuations minute by minute. One minute the sun will be bright and you’ve got power, and the next minute it’s behind a cloud and the charge drops – although solar works off light, not heat, and panels still function (just) when it’s overcast. This variation is no good for charging electrical gear which requires a nice, steady charge – too much and they can’t use it, too little and nothing happens. Even in perfect conditions it takes a long time to charge devices on solar, so you might not want to leave your device on charge for that length of time.

The solution is to add a battery into the mix. You charge your battery via the solar panels and use a regulator to even out the voltage fluctuations, then hook up your gear to the battery. The battery offers a nice, steady output, can be charged all day long while you use your gear, and it can be charged more quickly from 240V AC or 12V DC power sockets.

So, you’re sold on solar, but then there’s the cost. Solar gear isn’t dirt-cheap, but it isn’t way off the scale either. You’re not going to be able to recover the cost of your 4X4’s diesel or petrol any time soon, and it may not always be cost-effective compared to a generator. But the panels will work fine and be maintenance-free – more or less forever – and certainly outlast batteries. The major reason to upgrade will be when solar efficiency improves again in a few years.

Then we come to how much solar power you actually need. What you need to do is figure out the power required from your device(s), which is measured in watts, or amperes multiplied by volts. Have a look on the device’s charger or in its manual, and you should either find the watts or the amperes and voltage which you can then multiply. This will give you a base figure, and of course how you use the device will change the power required. For example, a laptop screen on bright with a DVD playing sucks a lot more juice than having the screen down on idle.

Let’s take an example. My laptop needs 45 watts, and I’m going to work on Unsealed 4X4 articles for two hours a day so I’ll get one done every, well, that’s a secret! Anyway, 45 x 2 = 90 watt hours. I have a battery that I’ll run the laptop from and I want to recharge it. In theory there may be between five and seven useable sunlight hours per day, but let’s run with just three. Solar panel output is measured in watts per PSH (Peak Sun Hour), so in theory I need a 30 watt panel – 30 watts x 3 hours = 90 watts. Unfortunately, solar is only around 70-80 per cent efficient, and there’s further charging and storage losses, so let’s go for 60 per cent. Even trickier, the current and voltage that manufacturers like to measure their wattage at is generally not what you’ll use to charge the battery, so maybe we’d best go for 50 per cent, which means 60 watts worth of panels is a reasonably safe bet in this case.

The bottom line is that solar is only going to become more useful as time goes on, but at least for the moment you’re best off ensuring your batteries can power your needs and can be recharged at will, then using solar as a convenient top-up as and when it can work. But let’s revisit the topic in a few years, perhaps when we’re driving solar powered 4X4s!

When planning your solar needs, it’s best to work on a 50 per cent efficiency margin. If you require 90 watts, plan for 180 watts.

Solar is a power supplement, not a primary power source.

A solar panel’s output is measured in watts per PSH (Peak Sun Hour) which is only a few hours per day. 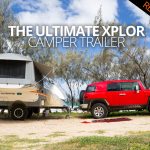 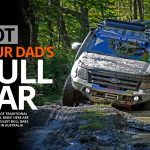