Pajero finished?! Coming off the back of a Mitsubishi board meeting we can now confirm unequivocally that production of Mitsubishi’s full-sized four-wheel drive, the Pajero, will soon come to an end.

The decision to kill-off the long-standing full-sized 4×4 wagon comes as Mitsubishi has decided to close the plant that was charged with manufacturing the vehicle. The ‘Pajero Plant’ in Sakahogi, Japan, will be shut down over the coming months, with the production of other Mitsubishi vehicles being moved to the company’s Okazaki plant. That said, production will continue at the plant until the the first half of the next of the Japanese financial year, which runs from 1 April through to 31 March, so there are still a few months of production remaining.

When asked if this was the end of the line for Pajero, Catherine Humphreys-Scott, Mitsubishi Motors Australia Public Relations Manager, told Unsealed 4X4, “It is. That’s what was announced last night, so what we know is (Mitsubishi is) going to end production in the first half of the next financial year – April to September – and we don’t know yet what our final order will be, or when those will get here or what the spec will be, so once the product-strategy team has got that locked away, we’ll let everybody know.”

Talk of a partnership build of a new Mitsubishi Pajero/Nissan Pathfinder monocoque SUV (under the Nissan-Renault-Mitsubishi Alliance) have been quashed, with only the Pajero Sport to continue carrying the Pajero name. The Pajero Sport is based on the Triton platform, much like the Ford Everest is on the Ranger and the Isuzu MU-X is on the D-MAX.

The latest-generation monocoque/fully independent suspension Pajero is now 20 years old, and the Pajero nameplate itself dates back to 1982 – 38 years! – but slowing sales and Mitsubishi’s announcement that it will pull out of Europe altogether and focus on Asian markets sadly spelt the end for the long-standing nameplate. 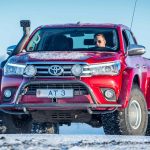 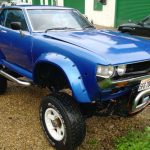