On offer is the title of the first person to drive across one of the harshest deserts in Australia – the Simpson Desert – in an electric 4WD; a potential Guinness World Record (GWR); and some serious bragging rights.

The guts of this event was two teams vying for the title of first-ever electric vehicle to cross the Simpson Desert. The Yellow team Optima was driven by Alan Johnson of Piranha Off Road Products fame and his co-driver son Michael. The White team was headed by Mark French (ex Marks 4WD Adaptors fame and now Electric 4×4) and his wife Denny. Each team had a score recorder, back-up crew and safety vehicle out front. They also had trailer teams.

Mechanicals: The electric motor is coupled to the original Suzi transfer case. There is no gearbox but it still has 2WD and 4WD high/low capability. ARB lockers and Secondair beadlocks, custom tube doors and custom lightweight panel carrying system.

Last year a date was set for this event but rain flooded the Simpson, prohibiting travel. The year before that breakdowns were responsible for another non-attempt. In 2017 the cars were better prepared than ever (so we thought), and the weather gods were being kind so the green light was switched on.

Alka Seltzer Bore on the western edge of the Simpson Desert was the official start line for the AOSC 2017. Due to dramas with Alan’s tow vehicle and dramas with Mark’s trailer, it was touch and go if anyone would even start this year!

Just out of Glendambo, Alan’s tow vehicle gearbox failed miserably. He managed to get another vehicle brought across from Melbourne overnight with Michael and Penny Johnson picking it up from Adelaide and heading to Coober Pedy to meet up with the rest of the crew. With gear swapped, the crew headed to Alka Seltzer Bore and an official start.In the meantime Mark’s team headed off to Alka Seltzer Bore… until their trailer had a pretty catastrophic failure at Hamilton Station. The trailer was parked up and all the trailing arms removed and taken to Mt Dare for repairs.

After half a day of repair work the team was back at Hamilton Station where the trailer was rebuilt; and with the Suzi loaded ready for the next day, everything was right in the White team. Mark’s trailer died again just out of Dalhousie so he ended up driving his electric car to the start line. While he was charging the Suzi the trailer was patched up to get it towed back to Oodnadatta, and Mark was ready to pull the pin big-time! Alan’s team had headed off at 7.39am that morning under stunning blue skies and his trailer crew were waiting for us… not knowing we had broken down.

Mark got his head around everything and at 4.00pm that afternoon (with full batteries) the power was switched on. With no noise the Suzi was off. The White team started some eight hours and 20 minutes behind the eight-ball! The sun’s light was available from around 7.00am until 5.00pm, with the best sun peaking from around 9.30am until 4.00pm. Given that both vehicles required between six and eight hours of charge time per day, the strategy for capturing the sun’s rays effectively was critical.

Keep in mind that up for grabs was a ‘GWR’ of the first solar-powered vehicle to cross the Simpson Desert. While it was a race of sorts, the park limit was 40kmh and that kept the field in check. GWR set the start and finish points based on a previous record set on a deadly treadly, so the challenge was to get from the west to the east and finish near Birdsville.

The rules were simple: No outside assistance but the teams could help each other. Anything tools-wise or similar used to help the teams cross had to be be carried by them and if they needed assistance due to a terminal breakdown or similar then that attempt was to be deemed a failure. The teams could get assistance to go backwards from anyone; but any forwards help would deem the attempt a failure. There were eight days allowed to complete the event so, if time permitted, with a failure they could go back to the start and start it all again.

Alan’s strategy with his AGM Optima batteries was to charge for two hours (which was a full charge under the right conditions) and drive for roughly an hour until flat – covering up to 20km between charges. This was day in and day out.

Mark’s team pulled into the last valley just on dark with Big Red looming high in the soft rising moonlight. The next morning while the little Suzi was quietly charging, the crew went off to explore Big Red and made the decision to attempt the most infamous dune in the Simpson… rather than going up the easier Little Red option.

With nerves stretched to the max, Mark dropped the tyres to zero with beadlocks holding the tyre beads in place. Plenty of discussion had now turned to silent anxiety. With videographers and photographers ready, Mark, Denny and the Suzi took off.

The silent Suzi squeaked when it bounced and with Mark pushing the pedal hard the 4X4 was willed on by the team and spectators. Things looked bad when, near the top, the Suzi started slowing dramatically – but with Mark pushing hard at the accelerator the team sailed slowly over the top of Big Red to the screams and adulations of the onlookers.

A couple of hours later the White team crossed the finish line in a record time of four days, 21 hours and 23 minutes; with 378km covered.

It was a truly amazing event for both teams and it has set the challenge for others to beat.

Mark’s Suzi developed some serious knocking in the rear and it appeared he’d blown a rear diff, pulling up early about 40km from Poeppel Corner. While the team set up camp Mark went to work on diagnosing. In the end the beadlocks were the noise, and a very relieved crew headed out early the next morning.

Also at Poeppel Corner, Mark stopped the Suzi to chat to some people and when we went to head to the corner to stand in three States the Suzi had no power. Mark discovered the Battery Management System had died. This controls the battery charging and power to the controller. Mark was lucky enough to be able to bypass it and he got going again. Lucky he’s got a good head for electronics!

Possibly the scariest moment was when Alan went to reverse his Suzi off the trailer at the start line and it wouldn’t kick over. His 48-volt system had exposed contactors clogged with dust and dirt. With compressors blowing hard they blew out every connection and managed to get the motor working.

Thanks: Both teams would like to thank their crews and the very helpful people of Birdsville for their support. Also local identity Barnsey from the roadhouse and Alex from the bakery, both of whom witnessed the teams crossing the finish line. They would also like to thank the Birdsville School kids and teachers who saw both vehicles in the school grounds and received a practical explanation as to how solar can work. 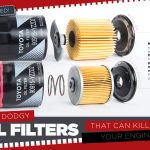 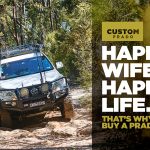