Have you ever wanted to know how to catch barramundi? Well, now is the time to head north… so it’s also time for Scott Amon to show us how.

Why would you want to catch barramundi? The ‘barra’, as we Aussies affectionately refer to them, is undoubtedly Australia’s most revered tropical estuarine sportfish. It is a thickset, deep-bodied fish dressed in large armour-like scales. It is also armed with a powerful paddle tail that often propels it skyward once hooked. An aggressive feeder, barra are renowned for their willingness to accept a lure, which is inarguably the most exciting approach to targeting this fish.

It is a mix of the varying and often spectacular environments that it lives in, its size potential, performance when hooked and spectacular eating qualities that make the barra a ‘must catch’ for any half serious angler based within Australia, and many overseas anglers spend large amounts of money crossing the globe to get connected to this fabulous species.

Barramundi are reputed to have a growth potential to a mammoth 180cm in length and some 60kg in weight, however they are more commonly encountered from 5-15kg. A largely unregulated commercial barramundi fishery through the mid-to-late 1900’s saw a dramatic decline in wild barramundi stocks. Sensible management of the fishery over the past decade or so has seen dramatic improvement in fish numbers in certain river systems.

Stocking of juvenile barra into suitable Queensland dams some years back has also proven a major success story, with some sensational ‘big barra’ recreational fisheries becoming apparent in recent years.

Where to find ’em

Barramundi are a tropical species, with a distribution stretching across the top of Australia from the Mary River in Qld to the Ashburton River in WA, but occurring in greatest numbers north of the Tropic of Capricorn.

Barramundi live in fresh, brackish, estuarine and inshore waters, rarely straying long distances from the mouths of tidal rivers, harbours and inlets.
The species can live for many years in landlocked lagoons and billabongs sometimes hundreds of kilometres inland, but require access to saltwater in order to breed.

Downstream migration of male barramundi is activated by the first of the wet season storms. They aggregate with the females in estuaries and on tidal flats outside the mouths of rivers. Females are capable of producing spectacular numbers of eggs; something like 2.3 million eggs per kilogram of body weight.

Barramundi, like numerous other fish, are protandrous hermaphrodites. This means that they possess the ability to change sex partway through their lives. The majority of barra begin their lives as males and after a few spawning seasons convert to the fairer sex.

Larval barra feed predominantly on plankton, while larger adult fish survive largely on prawns and various species of fish – including their own.

Medium weight baitcasting outfits are generally the tackle of choice for most serious barra anglers. Fast to medium taper overhead rods of around 1.7–2m in length are matched to high quality baitcasting reels loaded with 6-10kg line. Threadline rod-and-reel outfits of a similar size or slightly longer may be used, but they struggle to present a lure with the accuracy of a baitcaster. Employ 20-40kg monofilament traces or leaders to avoid cut-offs from the barra’s sharp gill casing and rub-offs on rocks or snags.

Lures, split rings, hooks and all terminal tackle must all be extra strong. Those ‘barra of a lifetime’ that we all aim for are merciless to any weak points in your tackle.

Many barra fishos choose to fish braided lines due to the significantly better sensitivity they offer over monofilament lines. When trolling lures or lure casting, braid allows the angler to feel lure action, missed strikes and the lure’s contact with all forms of structure. It also allows lures to be driven slightly deeper due to reduced water drag, thanks to its smaller diameter than similar breaking strain monos.

The only downside to braid for the task of barra fishing is that it is less forgiving than monofilament when a barra takes to the air and undertakes its trademark gill-rattling head shakes. In this instance braid is more likely to cause hook dislodgement, but driving your rod tip down into the water when line angle indicates that a fish is about to take to the air can discourage this trait.

Barramundi are regularly taken by a wide range of angling methods from simple bait fishing to lure casting, lure trolling and fly-fishing.

They most definitely display a distinct preference for holding and feeding around structure such as submerged timber (fallen trees), rock bars and any structure that offers some form of cover. Barra will also concentrate feeding efforts around creek mouths and any small tributaries that drain water into main river channels. This is particularly so during the run-off, which occurs directly after the wet season when floodplains and billabongs overflow into the rivers.

Successful lures vary from the age-old bibbed minnow style of lure to bibless crankbaits, surface poppers, hard and soft plastic prawn imitations, soft plastic shads and many more. There are very few lures on the market that won’t catch a barra. The secret to appropriate lure choice and presentation will relate to the type of structure that you are fishing, time of day, conditions, common food sources and other immediate factors.

Those targeting barra with bait prefer live baits such as mullet and herring. Prawns and freshwater shrimp known as cherabin are good live and fresh baits.

Barra are renowned for their fine eating qualities, and while possibly a little over-rated, they do make for good eating when captured from saltwater environments. Some fish caught in certain freshwater environments can have a somewhat muddy or bitter taste.

Barramundi are a reasonably bulky fish and lend well to filleting, skinning and boning out. This leaves clean, boneless segments of fish that can be cut to a size and thickness that suits a wide range of cooking applications. Smaller specimens are excellent for baking whole and only require gutting and gilling, with scaling optional.

A slab of freshly caught (and self-caught) saltwater barra dipped in beer batter, shallow fried in extra hot oil, served with fresh salad and a home made tartare sauce and washed down with an icy cold beer is pretty hard to beat. Especially if you are watching the sun set over a tropical river and ready to play out the whole scene again the next day! 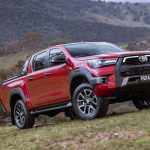 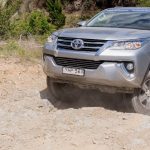