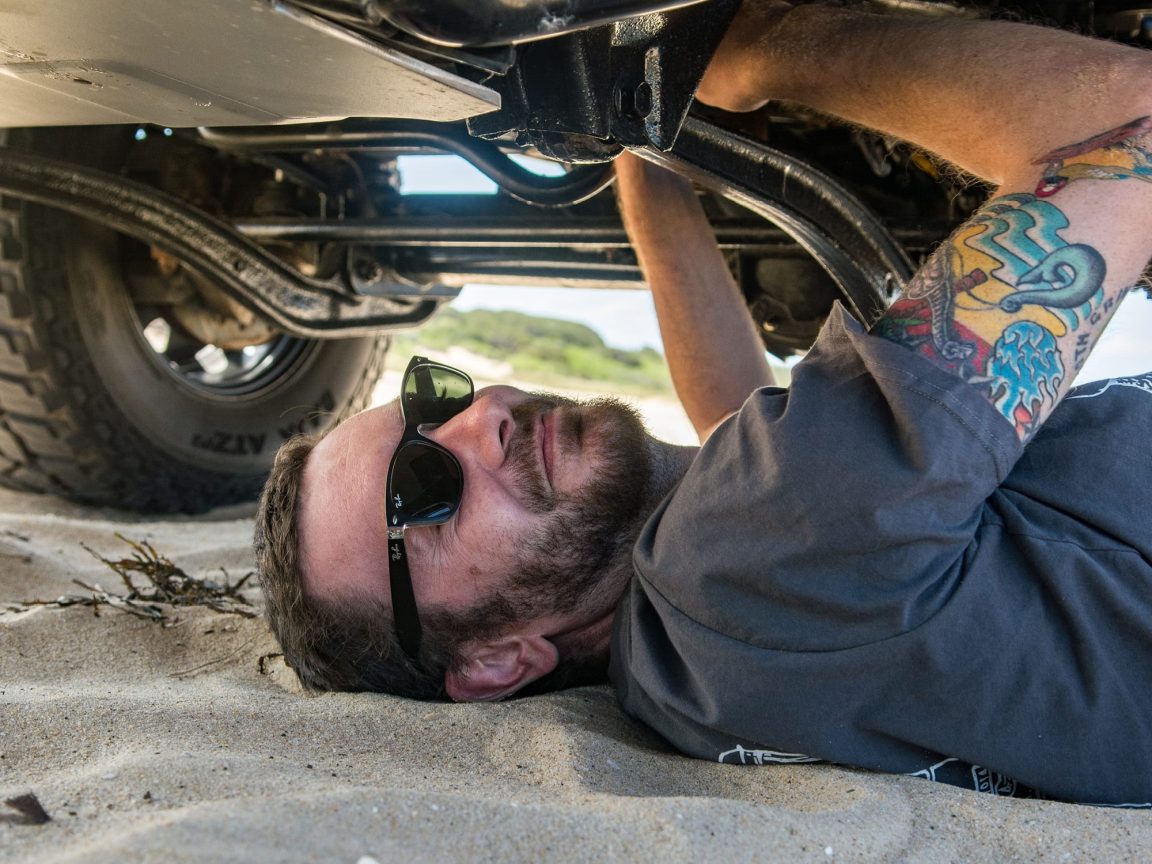 Have you ever had a nightmare off-road adventure? I have…

It was supposed to be a nice simple run up the highway to end up for a night at Blacksmiths Beach near Swansea in NSW. Lovely spot, you should check it out if you are up that way. Things were going well, we were running on time, the weather was terrific and we were looking forward to photographing two vehicles on the sand. Not a bad day at work, right? Well, it didn’t stay that way for long.

Driving one of the custom vehicles up a small dune, the vehicle felt incredibly underpowered. As it was a V8 LandCruiser, I was expecting it to eat the little dune for breakfast. Turns out the vehicle had gone into limp home mode. Bugger. The batteries were disconnected; we attempted to do a reset of the computer and looked for other known possible issues such as the boost line from the intercooler that is known to pop off. All good there, so we were at a loss.

We tried to get the vehicle into camp so we could at least get some lovely sunset shots, but changing from 2nd to 3rd gear, the clutch went pop and the pedal was stuck to the floor. Double bugger! I turned it off, and and started the now very sad Cruiser in gear and drove it back to camp to assess the situation.

While helping to set-up a rooftop tent, I felt a familiar sting in my lower back and said to our photographer, “I’ve just done my back in”. Sure enough, 30 minutes later I was laid out on the floor unable to move. So this went from a nice quick and easy overnighter, to a real problem, as I was the only one who knew how to fix the clutch slave cylinder (we diagnosed it and bought a part for $88 from Newcastle).

The next morning, I was basically locked solid. Luckily, our photographer Harry is pretty handy on the tools, and I was able to talk him through most of the process of swapping the slave cylinder out. But I still did a fair bit of spanner work to get the vehicle rolling, things like bleeding the lines out, etc. I must say, changing a slave cylinder with a bulged disc in my lower back was an experience I will never forget. Also, the three-hour long drive home, that can only be described as utter hell. But I made it home, collapsed on the ground and booked in to see my back specialist.

Now the trip is over, and my back is starting to come good again, I have to say … I can’t help but smile when thinking about this trip. It’s safe to say, I’ll never forget it. It begs the question though, have you had an off-road adventure that turned to crap but now smile about? 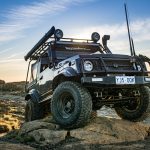 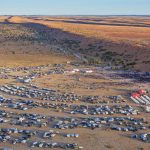