Imagine you’re out in your 4X4, stuck down the bottom of a steep valley. It’s been raining, the river is up and the track back out is impassable. There’s no low range and no diff locks or limited slip diffs. There’s no winch or snorkel to allow you to cross to the other side of the creek. There’s no recovery gear and it’s getting dark. What do you do? This dilemma would have been challenging in the early days of four-wheel driving. Thankfully, in 2022, we have access to inventions and innovations to make getting out of a situation easier.

We’ve listed the nifty little innovations that have come with time and have changed the face of four-wheel driving and touring. Check out what’s made the life of the 4X4 enthusiast so much more comfortable.

For many, the original Willys and Bantam Jeep can be considered the grandfather of more modern iterations. To most of us, the Jeep is remembered as the first really recognisable 4X4. Born in the US in the early 1940s, the Jeep was a real warhorse. It was the flagship 4X4 for the US military due to its versatility as well as its obvious off-road capabilities.

The Range Rover Classic was by no means the first 4X4 to hit the market. However, it certainly was the first luxurious 4X4 product offering, particularly in terms of ride comfort. First released in 1970 as a three-door estate version, the Range Rover was the first 4X4 to offer coil springs and disc brakes all ’round. Combined with a V8 engine, full-time 4X4 and a luxurious interior, the Range Rover was famed for offering comfort and capability both on- and off-road. It created a completely new market segment. Standard vehicle differentials, as their name suggests, are designed to allow each of the wheels on an axle to spin at different speeds. On the road, this feature is fantastic. Off-road, however, a standard differential will direct power to the wheel which is easiest to spin (the one with the least resistance).

Locking diffs, diff lockers or quite simply locker, are terms that refer to a lockable variation of the standard differential. It effectively forces both wheels on an axle to turn at the same speed, regardless of traction. For a 4X4, this provides a significant benefit in situations where traction can be an issue. It ensures the wheel with grip gets just as much power as the wheel with slip.

On a similar playing field, and to complement the role that differentials play, electronic traction control systems provide a vital role in most modern vehicles. They are designed to limit the amount of wheelspin. They do this by applying safe braking pressure to the wheel without traction, thereby allowing more power to be directed to the wheel with grip. Over the years, manufacturers have increasingly included various forms of electronic traction control systems into their vehicles. Today they generally come standard in one form or another in most new 4X4s.

How many of us stop to consider that less than decades ago, we had no choice but to use paper-based mapping to get us from point A to point B. Nowadays, we take it for granted that Google maps will simply point us in the right direction. At any given time of day or night, we can know exactly where we are. Having said that, it’s always a good idea to have a paper-based backup, particularly if you’re heading bush!

From its humble origin in the early 1960s, the modern LED or light-emitting diode has come a long way. Originally only available in red, LEDs have been transformed through the colour spectrum until the first white LEDs were produced in the mid-1990s. Today, high-powered LEDs are used in everything from vehicle headlights to torches. With high light intensity and low power consumption, the benefits of LED lighting are indeed great.

Radial ply tyre technology, as an alternative to the original bias ply tyre, was first developed back in the 1940s after it was discovered that radial ply (the plies are laid at 90 degrees to the direction of tyre travel as opposed to alternating 60 degree bias plies) actually allowed independent sidewall flex without impacting upon the tread footprint. This in turn gave the tyre better flexibility, improved fuel economy and a longer service life. Add to this the addition of steel belts in the tread and sidewalls and we suddenly had tyres that not only drove longer, but performed admirably in a wide range of driving conditions – perfect for the 4X4 market.

Transforming the old sluggish, smoke stack diesel engines of yesteryear into clean, efficient, high-performing diesel vehicles is largely the result of the high-pressure common rail diesel injection system. Developed in the 1960s but not largely taken up in production vehicles until the 1990s, common rail diesel injection uses a high-pressure pump and fuel rail to feed individual valves, all controlled by a central electronic control unit with as many as five individual fuel injections per stroke. This results in significantly increased power and efficiency, reduced engine noise levels and much lower emissions.

Oh, and how about all the aftermarket gear we’d all love to get our hands on? Everything from portable fridge technology, battery systems to run them and flexible solar power setups to keep them going. There’s a large and varied pool of recovery gear to get us out of trouble and vehicle storage systems to keep all that gear safe in the back of our 4X4s. Underneath, we have a selection of suspension options to make our ride even more enjoyable, and in the cabin, we can chat via UHF radios or satellite phones.

So, back to the original scenario … What would you do in such a situation? Would you choose a Willys Jeep? For me, I’d be choosing a stack of recovery gear, diff lockers and probably some traction control with a couple of high-powered LED torches thrown in. There’s been plenty of innovations that have changed the face of four-wheel driving. What other innovative ideas have you seen or used for your 4X4? 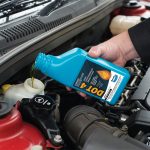 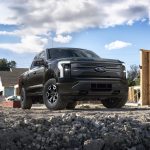